The extensive beach in Plakis invites to long walks. Particularly interesting is the eastern beach area located below the steep cliffs called Gonates . Many people who explore this part of the coastline are sure to find a mysterious tunnel in this place. The presence of this building raises many puzzles not only among tourists, but even among local residents. 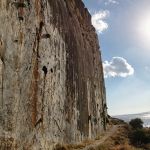 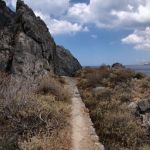 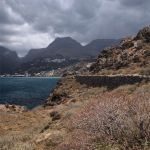 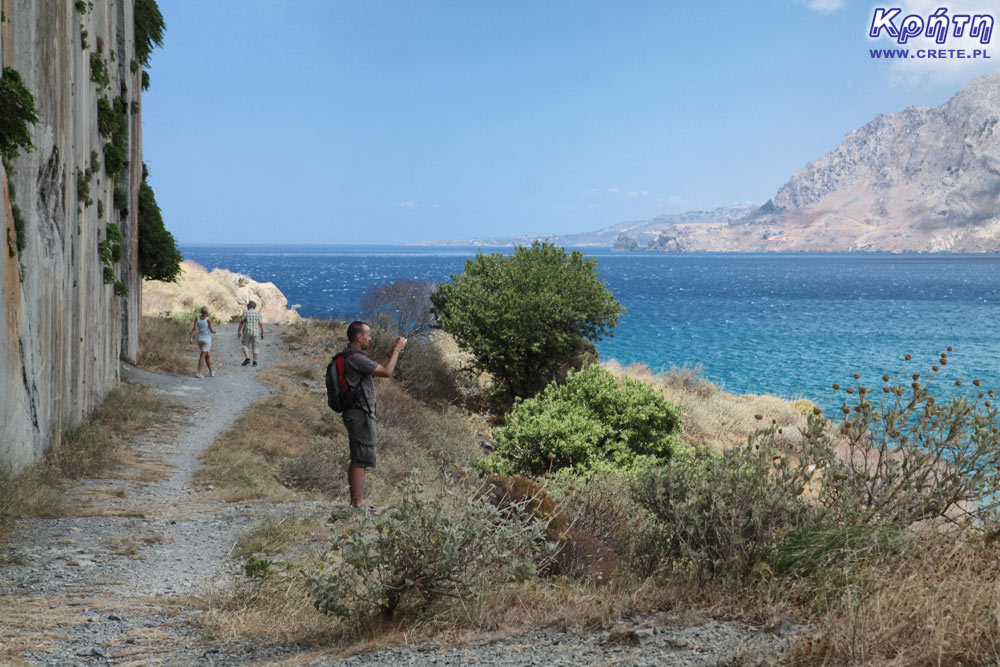 A path along the Gonates cliff

There are many myths and rumors about the reasons for the construction of this tunnel. On the 12th edition of the Congress Kretologiko (12ο Κρητολογικό Συνέδριο) this puzzle was solved by two Cretan archaeologists who thoroughly analyzed the available documentation.

The information collected by Evangelos Charitopoulos and Polikarp Tzikas clearly shows that in the 19th and first half of the 20th century this place was used as a small coal transhipment port. The narrow tunnel was a railway line (most probably a narrow-gauge railway) that stretched from this place about 2.5 kilometers into the island. Its course ended on a small plain just east of Plakias. 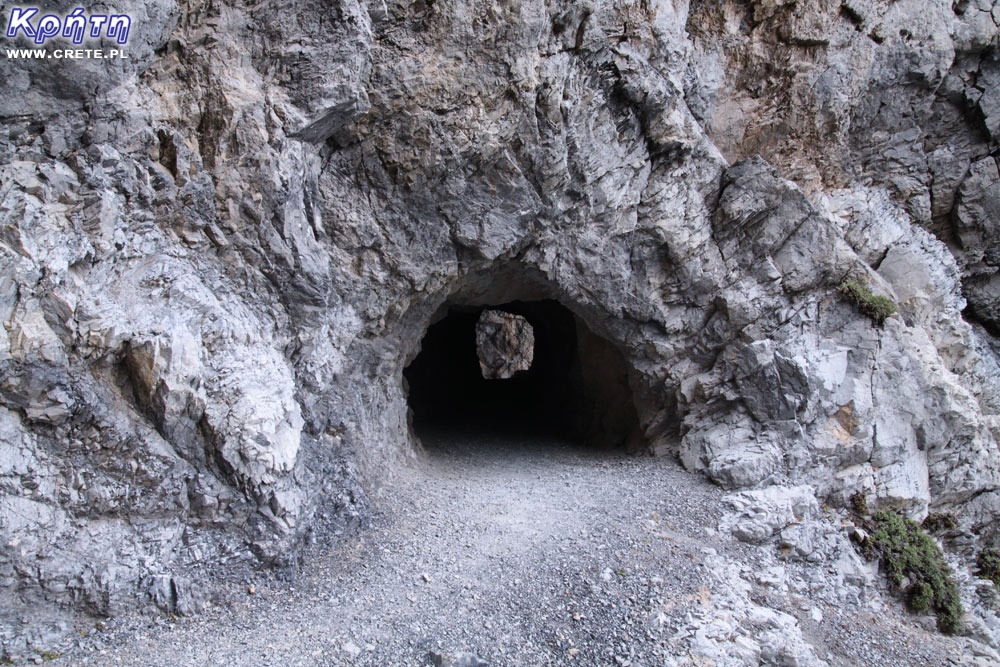 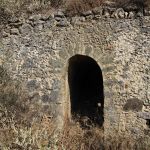 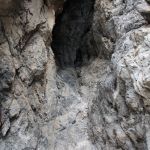 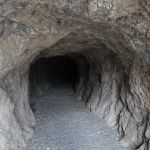 The location of the transhipment port and two tunnels located on the rocky peninsula closing the eastern part of the bay is not accidental. This solution was dictated by the fact that in a large part the bay in Plakias is too shallow to allow ships of greater immersion depth to roll into it. This is perfectly visible in pictures taken from above, on which you can see the sand breaking through the sea bottom. The only way to overcome these limitations was to extend the port into the bay, where the depth of the water was much greater. 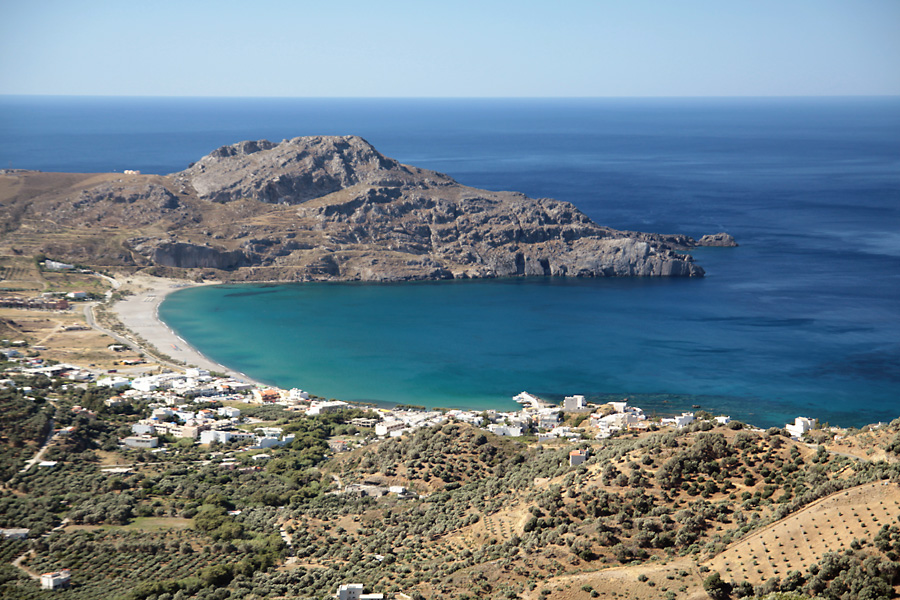 Coal mined in the Plakias mine was not characterized by specific parameters and it would be rather difficult to call it black gold. This mineral containing a relatively small amount of carbon and was characterized by low caloricity. These parameters meant that it was classified as brown coal.

It is rather hard to suppose that the coal which was overloaded in this place would be treated as a product transported to other parts of the Mediterranean. Most likely, as the archaeologists themselves emphasize, it was largely a substitute for cheap fuel used for boiling boilers that wrap up steamers here.

The end of the 1920s is a slow twilight of steam ships powered by low-quality brown coal. The departure from the use of this type of fuel in maritime transport put into question the further sense of operation of this mine and a small reloading port. Eventually, the company operating here was closed in 1930.

The last chapter of the history of this place was written by World War II. According to not fully confirmed information during the war, this place was to be by Kriegsmarine as a port where submarines were operated. Using the existing infrastructure, German seafarers supplied u-boats with provisions and torpedoes.

Only a few traces of industrial infrastructure have survived to the present. In the Gonates cliff area, there are still embankments on which the track was placed. The path located here towards the coast leads to the aforementioned tunnel. If you are not afraid of a bit of darkness, then you can enter its interior. In the further part, the base of the track is again exposed to the light of day and then again sink into the next tunnel, which ends with a dangerous rocky steepness. In the past, there were specialist installations for unloading coal. In the 1980s, the remains were demolished due to an accident involving a child. At present, only stone walls and supports that were formerly part of port installations are still visible. 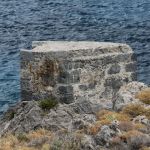 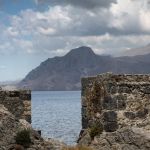 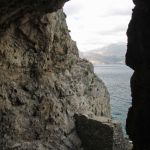 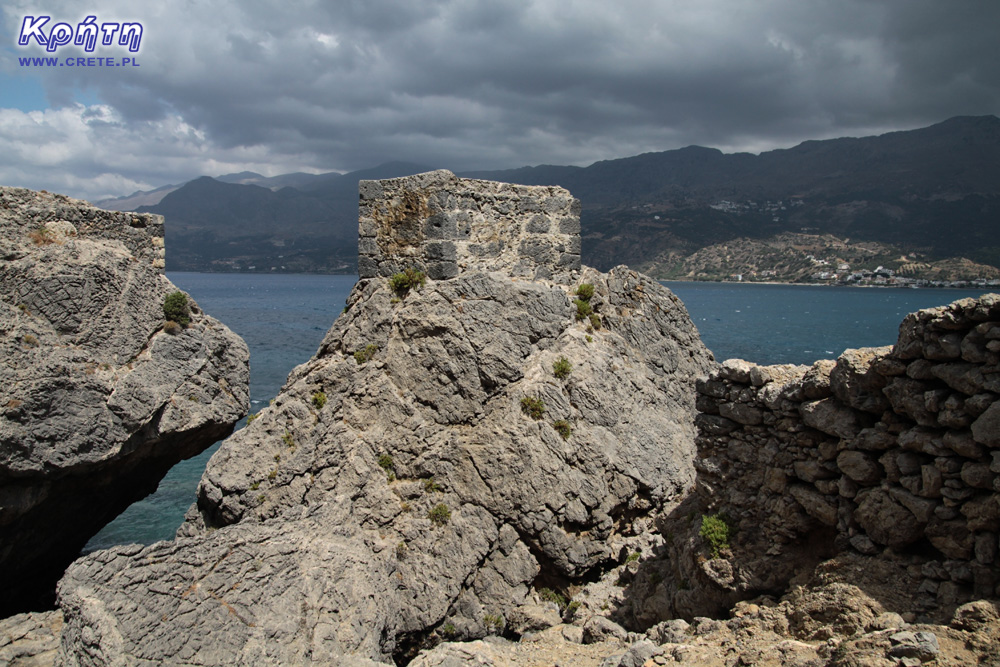 Remains of the infrastructure of the mysterious tunnels in Plakias

At the edge of the village of Potamida grows a complex of clay mounds called Komolithi (Komolithoi). These earth pyramids, referred to as the Greek Cappadocia, form one of the strangest and most interesting landscapes in Crete.

The observatory is located at the top of the Skinakas mountain at an altitude of 1750 m. The idea for its construction was born in 1984, soon after the construction of the road leading to the mountain began. It was a joint initiative of the Cretan University, the Foundation for Research and Technology - Hellas (FORTH) and the German Max-Planck-Institut für Extraterrestrische. These organizations work together to provide students with modern education in the field of astronomy, and support astronomical observations including extended sky research and objects such as comets or nebulae.

Napoleon's house is one of the few typically tourist attractions in Ierapetra. Hidden in the thicket of side streets, this building offers nothing more than the view of its modest and rather neglected facade. 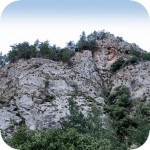 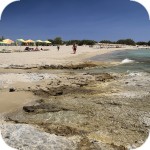