Kreta ›
Advice on going to Crete ›
KTEL, or a bus around Crete

KTEL, or a bus around Crete

Visiting Crete alone with a rented car (or scooter) is definitely the best way to get to know this Greek island. Despite the fact that from the very beginning of the www.crete.pl website, we are promoting this form of sightseeing, we realize that not every person leaving for Crete must have a driving license or be able to rent a car. Today, we will try to show you the advantages of using collective communication, or the characteristic green coaches you can meet here.

It is worth to bring this topic closer, as perhaps not every person coming to Crete is aware that within the island there is a large KTEL company that provides public transport services. Probably one of the first associations that will appear in your head will be: Cretan bus station. Well, to some extent this is a pretty good comparison, but there are differences that definitely divide both companies.

However, before you get on the KTEL bus, we have one offer for you. If there are memories in your memory related to the torment of traveling by old PKS buses, then you should forget about them here. The vehicles of the Cretan carrier are a completely different class of buses, which are much better than those you can see on Polish roads. Even older KTEL coaches are usually equipped with air conditioning and have slightly tinted windows. Single armchairs are quite comfortable, so you will certainly be able to rest after a day filled with intensive sightseeing. 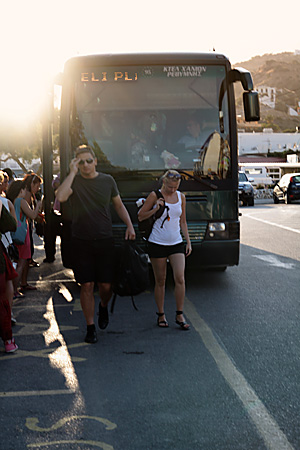 You'll probably also think that in Greece buses will definitely go according to the saying "Siga-siga". Well, KTEL seems to be lying to such an unfair generalization. The buses of this Cretan carrier usually operate according to the current timetable. Yes, there may be several- or several-minute differences in travel times between intermediate stops, but these are situations that partly result from the specificity of the Cretan roads, where it is sometimes difficult to overtake a car moving more slowly. Courses carried out from the main stations usually take place exactly at the time, so for this reason, we suggest that departure tables be treated as a reliable source of information.

Each of the buses in the upper part of the windscreen has the vehicle number. Usually it is a circle in which the appropriate number is placed. It is worth paying attention to this fact, because on the departure boards placed at railway stations, these numbers appear next to the courses. Such a connection definitely facilitates orientation in the thicket of buses arranged in the square in front of the station. In order to confirm the destination point of the route in which the given bus is going, it is worth checking what is displayed on the board located behind the windshield of the vehicle before entering the cabin. It shows the target place where the course is being implemented. Most often the name is displayed alternately in two versions: using Greek letters and the Latin alphabet.

Tickets for KTEL buses are, of course, available at the ticket offices located at bus stations. However, in the case of smaller towns where there are only intermediate stops, tickets are sold in very different places usually located in the vicinity of the bus stop. It can be either a mini marketer, a local travel agency, a car rental company or an ordinary newspaper kiosk. Sometimes at the stop you will find the name of this point of sale. However, if you do not find such information, it is best to ask the local Cretan.

Well, what if, however, you have not been able to buy a ticket anywhere. Well ... no problem, because one of the characteristics of KTEL buses is usually a two-man crew. One of the cast members is of course the driver, while the other person acts as a conductor with whom you can buy a ticket. In this case, it is worth having a small amount, which will be close to the ticket price. Paying a 200 € banknote for a ticket costing a few euros will certainly not win you the favor of the conductor, who will be forced to combine how to spend the rest of such a large denomination.

You stood at the bus stopu and the bus did not stop. Such a situation may result from several facts, but the most common reason may be that not every bus stops at your stop. This is a special feature of the courses carried out between the major cities of Crete. The second reason may be that you have not signaled to the driver too much that you want to get on the bus. Sometimes the mere fact of standing at the bus stop is definitely not enough to recognize you as a potential passenger. Therefore, just in case, it would not hurt to wave your hand to an oncoming vehicle.

If the destination of your trip is some remote Cretan village, it is always worth checking the time of return buses. The number of courses carried out from such a town can be very limited, so you can get stuck somewhere for hours. Each such trip should be well planned and take into account the schedule of bus journeys carried out in a given locality.

Finally, we will add our personal experience of KTEL travel. Trips through Cretan public transport allow you to get closer to the color of local life. Traveling by bus is very convenient and relatively cheap. However, with more people, it may be more beneficial to rent a car. In particular, this applies to journeys on further routes, where the cost of several tickets will significantly exceed the amount needed to rent a car and refuel it. On short routes, however, KTEL communication is by far the most economical way of traveling on Crete. We liked this way and we will certainly use collective communication in the future.

dojazd do chani i cretaquarium

How to pay in Crete

Among the many questions posed by people going to Greece for the first time, the question about the method of payment in local shops and taverns appears quite often. Many people wonder whether to take the holiday budget with them in the form of cash or in electronic form based on payment cards. It is for this reason that we decided to prepare the following article, which in some way collects our own experience related to this topic.

Our memory card, which has been used for a good few years and survived many a trip to Greece with us, caused us a very unpleasant surprise and during one of the trips completely refused any cooperation. In one moment she stopped working and deprived us of photos from the whole week of rest in Crete. 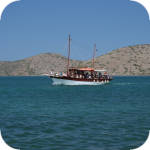 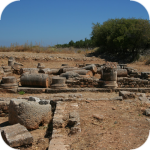 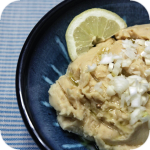