If you are going to Crete for the first time, be prepared for the explosion of real flavors and aromas. Cretan vegetables and fruits are fresh and full of flavor, while wild herbs that smell in the air, emphasize the taste of simple dishes with their intense aromas. If you stop somewhere outside the cities when you travel, the smell of herbs when you open the car door can almost knock your legs off. Driving through the mountains, it is worth giving up the air conditioning in favor of open windows, through which the air permeates the aroma of plants growing here. 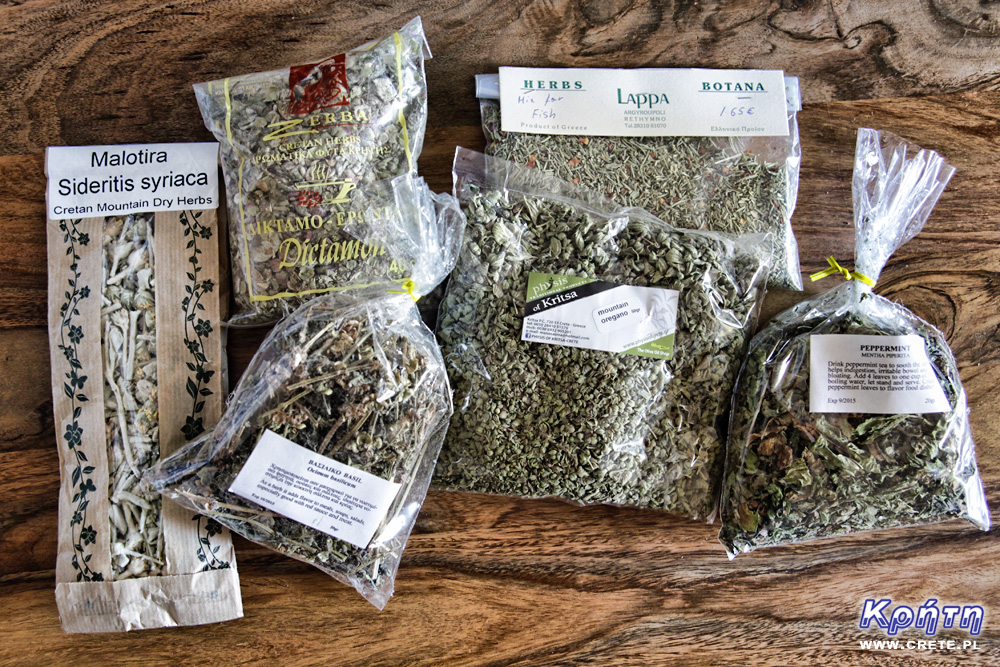 Dried herbs that the Greeks sell, smell much stronger, last longer and give much more flavor to the dishes. It is worth buying and trying, because thanks to that we will stop at least some of the Cretan sun and unique climate for longer. Unfortunately, industrially dried herbs that can be bought in our stores, the aroma is lost a few days after opening the package. However, it will sound as soon as we go to Greece, we do not buy most of the dried herbs in Poland, we only bring our stock for the whole year.

So what is it worth to bring from Crete? Look, for example, for dried mountain oregano, mint, or bay leaves. Rosemary will also be great, although it more often occurs in herbal blends. In some stores these herbs are available in the form of whole dried twigs, which will keep the aroma for the longest time. It is worth to buy them, because although transport in your luggage will not be the easiest one, it will later be a dried-up bunch to decorate the kitchen.

In general, in the Cretan shops with traditional products you can also buy prepackaged herbs produced by several companies currently on the market. However, it is worth looking for sellers offering goods hand-harvested high in the mountains. Such herbs are very aromatic, not without significance is the fact that they grow in unpolluted places. On the Greek islands are also popular mixtures of various herbs and spices prepared for various dishes, for example, for moussaka, Greek salad, fish or feta. This is a good solution, provided that we buy well-prepared mixtures from a reliable manufacturer. Unfortunately, unfortunately, we also hit some sandy mixes or rather weird pieces that just ended up in the basket. Nevertheless, most of such ready-made workers showed good and durable. We found a phenomenal mixture of herbs in the herbal store Maravel in Spili. Good herbs can also be obtained in some monasteries. This year, in this place, we bought the best laurel leaves in our life. When buying packaged herbs it is worth paying attention to their appearance, because unfortunately, also in Crete, you can find less honest sellers who want to sell old products. The foil packaging in which the spices are sold should in no case be yellowed and the herbs should be frosted. This is a sign that they spent a lot of time on the store shelf. 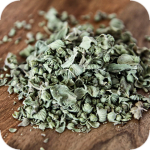 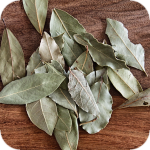 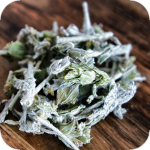 The obligatory purchase should be Malotira ( Μαλοτήρα ) or Dictamon. Malotira is a Greek mountain tea from the dried branches of Sideritis ( Sideritis syriaca ) growing on the slopes of the White Mountains is recommended by the Cretans mainly for colds. The fact that it is effective can actually be confirmed, because we have been successfully testing it for many years. With the addition of honey, it is an alternative to Polish raspberry tea. Equally popular is Dictamon ( Díktamo, Cretan Tea, Origanum dictamnus ) slightly milder in flavor than Malotira and used in many ailments, such as: disorders of the digestive system, nervous system and also in colds. Buying both should not be a problem in herbal stores. These two teas are also always included in the list of mandatory purchases.

In every Greek kitchen you will find large jars with dried oregano and mountain oregano. It is sometimes called spice, but oregano is an herb that is an important ingredient in the Greek diet. Greeks add them to almost everything: salads, feta, meat, fish, potatoes and legumes.

Customers of the kreta24.pl store know that they can find here excellent Cretan and Greek oils and many other organic products. We have already written about a very high quality assortment of this store many times. This time we would like to draw your attention to the very high quality of Eliama oil produced by Elli's farm in Agia Barbara in Crete.

Tomatoes are one of the extremely popular ingredients found in the daily diet of the Greeks. They are rich in vitamin C and lycopene - an antioxidant that contributes to good health. Research shows that tomatoes have phenomenal cancer protection capabilities. 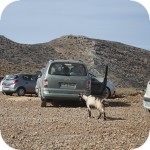 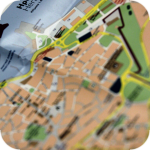 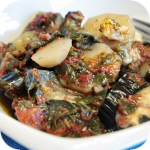