Few people have heard about mastics (Greek masticha), but this is not surprising, because in Poland it is unknown at all. It is a very aromatic soft natural resin, obtained only on one Greek island. It is a kind of spice, and at the same time an addition to cosmetics and chemistry used in conservation.

The mastic is sold in crushed form or in the form of small crystals. It is easier to buy it in ordinary grocery stores and market halls located in larger cities, where the Greeks supply themselves, than in stores with an assortment for tourists. The reason is simple - local residents know what it is and for what this mastic to apply, while the average tourist is not even aware of its existence, so its sale would not be too profitable. 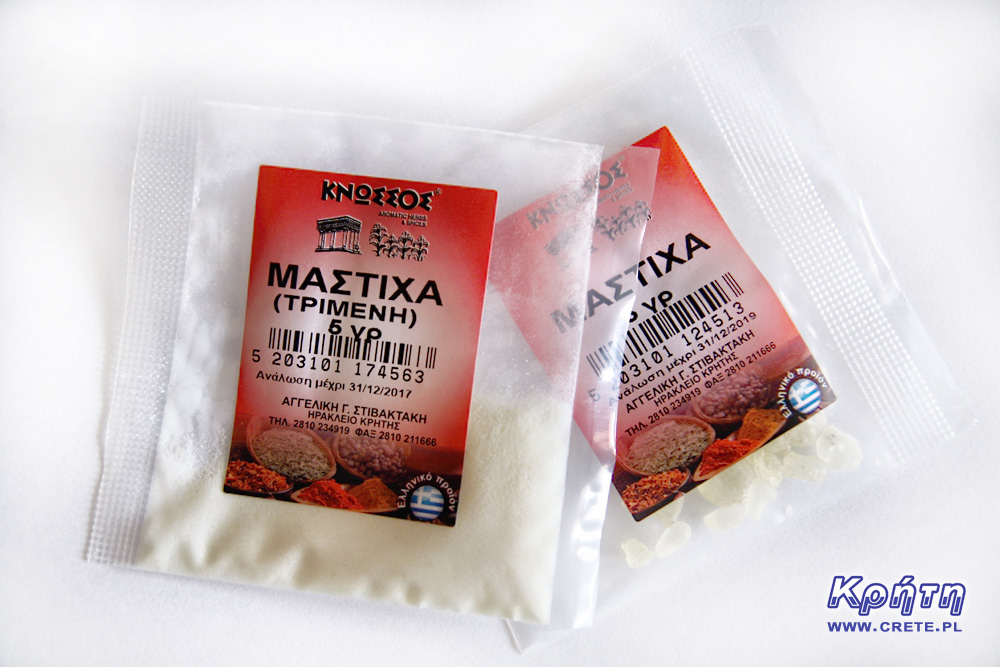 The mastic is sold in crushed form or in the form of small crystals.
Due to the high price of the mastic, small bags are usually offered on sale.

We will not duplicate information that can be found on the websites available on the internet, where the uses of this resin are described in the cosmetics or restoration industry. If this topic interests you, you can easily find the right pages. We will focus mainly on the characteristics and applications of the mastics in the kitchen, because this topic, as you know, is particularly close to us.

Mastic is called Chios tears because it is obtained on this Greek island off the coast of Turkey. The plant that produces these aromatic "tears" is an evergreen tree called Pistacia lentiscus (sticky pistachio), also known as Schinos or lentlikek. It is also growing in other parts of Greece, but it is "crying" only at Chios. Perhaps the reason is the special soil that is present in this place. Regular crops are currently run in 24 villages in the southern part of the island, known as Mastichochoria. A small amount of mastic begins to produce only 5-year-old trees, but even in the case of adult specimens, the crops are small and reach only 200 g per year from a single plant.

The method of obtaining this resin is very special. This process is tedious, laborious and completely manual. It starts in June and lasts until September. The basis is to clean and prepare the soil under the tree, which is then covered with an even layer of calcium carbonate, thanks to which the resin stays clean and dries faster when it falls to the ground. The protection process is particularly important due to the reddish color of the soil that could contaminate the crystals.

After this work, within a few weeks, a precise arcuate incision is made with a tool called kentitiri along the trunk of the tree, which slowly begins to trickle into the resin. When the drops fall to the ground, they crystallize thanks to calcium carbonate covering the soil. The actual mastic is collected from the beginning of August to September. The last stage is cleaning and segregating the sets into classes depending on the degree of purity and size. The highest class of five means the purest form of resin.

Mastic is strongly associated with the history of the island and has become the main product responsible for the economic and social development of the inhabitants of Chios. It used to be very much sought after, but the Chiotans deliberately limited its production in order to keep the high price of the kilogram of silver per kilogram of mastic at that time. Huge fires, which at the end of the last century consumed most crops, contributed to a significant reduction in the production of mastics. At present, the cultivation of lentlikka is again a profitable business and forms the basis for the budget of nearly 5,000 people, while the resin itself is exported mainly to Arab countries. However, the specter of fires is still hanging over Chios, and the inhabitants themselves make sure that the fire does not spread. Unfortunately, they do not always succeed. In August 2012, a huge fire consumed 7,000 ha of forests and agricultural land, including mastic crops and 60% of beehives. Also in the summer of 2016 huge fires destroyed large areas of the island, loss of mastic trees in some villages reached even 90%. 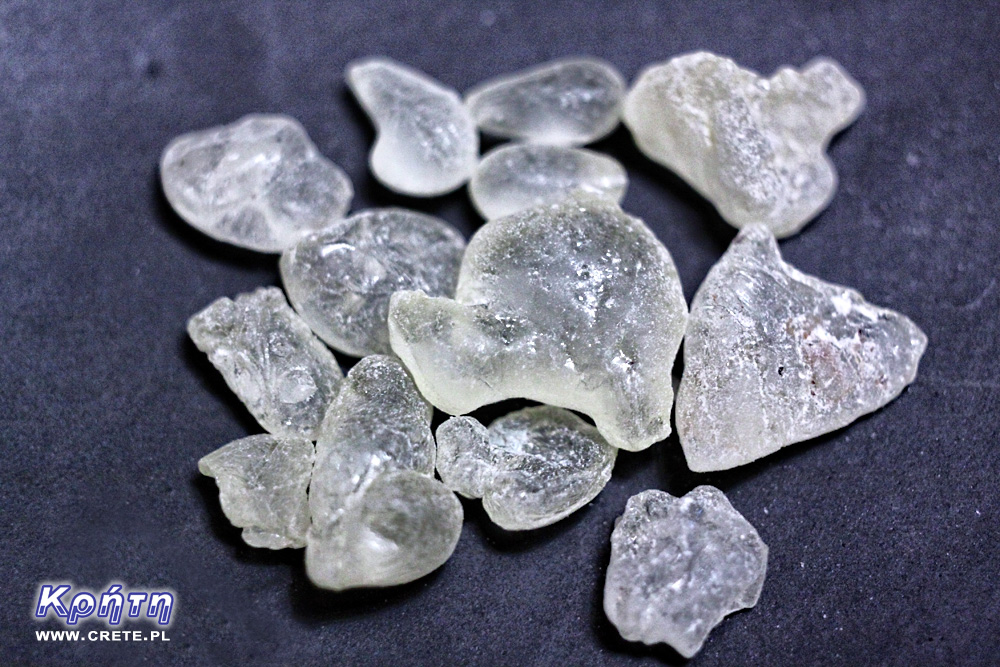 The first mentions of the mastic appear in the 5th century BC, among others, in Herodotus. The ancient Greeks used above all the therapeutic actions of the mastic. Research in modern medicine confirms its health properties. Chewing mastic whitens teeth and at the same time is healthy for the gums. Its antibacterial and antifungal activity allowed for the treatment of wounds, stomach ulcers, but also reduced cholesterol.

Mastic is one of the oldest spices from the Mediterranean region, but at the same time one of the least known in modern cuisine. As a spice it has been used since antiquity. In the traditional Greek cuisine, its specific flavor has been used as a subtle addition to bread, cakes and desserts. On its basis is also produced liqueur known under the name mastichato.

Today, he also took over the imagination of Greek chefs who began to combine mastic with many flavors. It goes well with tomato sauce, with white Greek Avgolemono or bechamel sauces. It also works well in dishes with citrus fruits, chocolate, and enriches the taste of vanilla. It is also used for flavoring olive oil, which can be used when preparing grilled or fried fish, seafood and meat. Masticha is also happy to be added to halva or popular loukoumi, which thanks to this have a characteristic slightly resinous flavor. Recently we saw loukoumi with mastics in ... Lidlu during the Greek week. Greeks also willingly add a masticho to sweet pastries, cookies, ice cream.

The fact that the use of mastic in the kitchen has become popular is also evidenced by the fact that Diane Kochilas, a recognized author of culinary books about Greek cuisine, describing 150 recipes for various dishes containing just mastic, appeared on the book market. 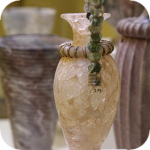 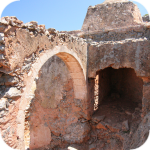 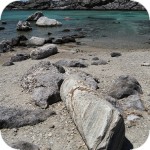