The Freytag & Berndt map is a classic map on a scale of 1: 150,000, printed on plain good paper. This results in the fact that in terms of physical functionality in comparison with competitors' products it will be very poor. The price for which it is offered, you can buy laminated maps with much longer life and ease of folding. A paper sheet, almost one meter wide and 85 cm high, may discourage the purchase of a large number of people. This is all the more important because the average map of Crete other publishing houses has an area smaller by half. However, we will try to draw your attention to this map, because, apart from not very beneficial physical properties, it is a really interesting cartographic item. Below we will present you with positive features that should definitely outweigh the balance in favor of the product of Freytag & Berndt.

The main advantage of this map of Crete is simplicity, which translates into high readability and ease of use. Unambiguous captions allow for easy and quick identification of locations even in those areas where the density of the places added is the largest.

One of the major advantages of this map is also the marking of scenic routes that have been highlighted in green. Looking from the perspective of several thousand kilometers, which we defeated on the Cretan roads, we must admit that these signs work well. Yes, in many other maps you will find markings for lookouts that have quite similar functions, but the distinction of road sections introduced by Freytag & Berndt is much more legible and predictable. This allows you to prepare the route in advance, taking into account the spectacular section of the road.

When planning a trip, it will also be very useful to clearly mark interesting places using clear pictograms. The most important attractions are highlighted in purple. There are markings, among others, archaeological sites, caves, castle ruins, windmills, churches and tourist hostels.

The network of roads depicted on the map reflects quite well the actual network of existing roads in Crete. This is partly due to the fact that the map is relatively fresh - the date of its publication is 2013 (the next update is expected in 2016). In addition to asphalt roads, some local gravels were also put on the map. In the case of such roads, the passability can be debatable and to a large extent depends on the capabilities of the car and the actual condition of the surface. Before using these types of roads, we recommend that you get more information from other sources or from the Cretans. 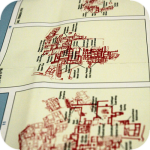 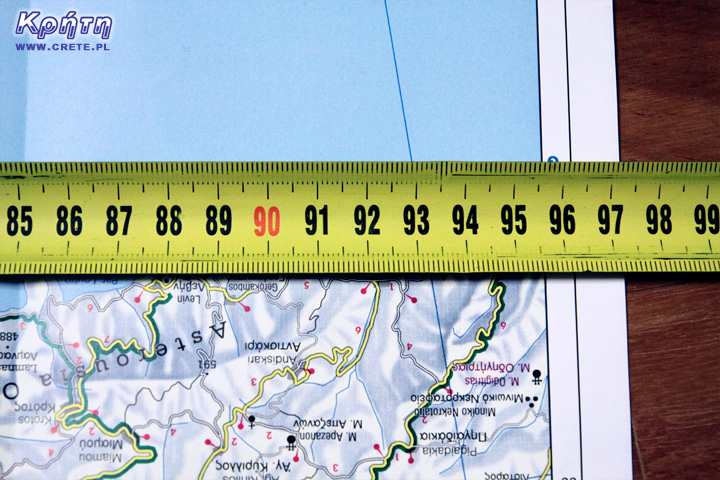 The biggest disadvantage of this map is its size.
Kreta according to Freytag & Berndt is almost a square meter of paper.

As with other maps of Crete, here you can also find plans for several of the most important modern cities of Crete: Heraklion, Chania, Rethymno and Agios Nikolaos. Of course, these are rather indicative and schematic plans, but they will be enough for walking. The location of the most important museums, some monuments and other places important for tourists was placed there. An interesting supplement is the plans of the largest archaeological excavations, such as: Knossos, Malia, Zakros, Fajstos, and Agia Triada.

The map is also accompanied by a small book printed in several languages. This brochure contains brief descriptions of the 10 most important places additionally highlighted on the map, which according to the publisher is worth visiting in Crete. It is not a very important addition, but its main advantage is the town index.

Finally, our little summary. The Freytag & Berndt map is a great affection, because its previous edition has faithfully accompanied us during several previous trips. Despite such a long period of exploitation, it is difficult to remember the situation in which this map "lost" us in Crete. Even its gigantic dimensions sometimes proved to be an advantage, because often this map landed during a standstill under the windshield of the car, acting as a roller blind protecting the cabin from the sun :).

We hope that in the future this map will also appear in the laminated version, which in our opinion would significantly improve its usability. However, even in the current form of the issue, we strongly recommend you this map for clarity, ease of use and up-to-date data. We recommend !!

The Terrain publishing product is a rather compact 1: 200,000 car map sold in a rigid plastic case that will surely perform well in protective functions. It is worth mentioning that the material from which it is made is some artificial material (or paper composite) that is waterproof and very strong. You must use a lot of force to break the map or use some sharp tool. It certainly bodes well when it comes to its lifespan.

Crete - ExpressMap is a double-sided laminated map in the cover. Its dimensions are small: 100 x 48 cm after unfolding, and in the composite form it is only 11 x 24 cm. The plan of Crete was presented in 1: 150,000 scale. In addition, the publisher on both sides also posted the plans of major cities: Heraklion, Rethymnon, Chania, Agios Nikolaos, Ierapetra and Sitia, which are sketched on a scale of 1:10 000. There is also a small plan of islet Gavdos (1: 150,000). 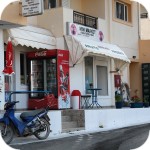 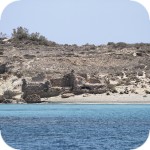 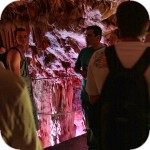