Since the beginning of the Second World War, Greece, which declared neutrality, played a very difficult game of chess. Representatives of the dictatorship of Joanis Metaksas sought to skilfully balance between support for the Allied forces and the possible unavoidable intervention of the Axis states. In spite of a series of diplomatic efforts and the clear sympathy of Joanis Metaksas for the then German authorities, the night from 27 to 28 October 1940 put an end to the further neutrality of Greece.

However, before we begin to describe the moment in which the significant word "NO" was uttered by Joanis Metaksas, it is worth moving back a few months until mid-1940, when Italy began its participation in the theater of war on the western front. 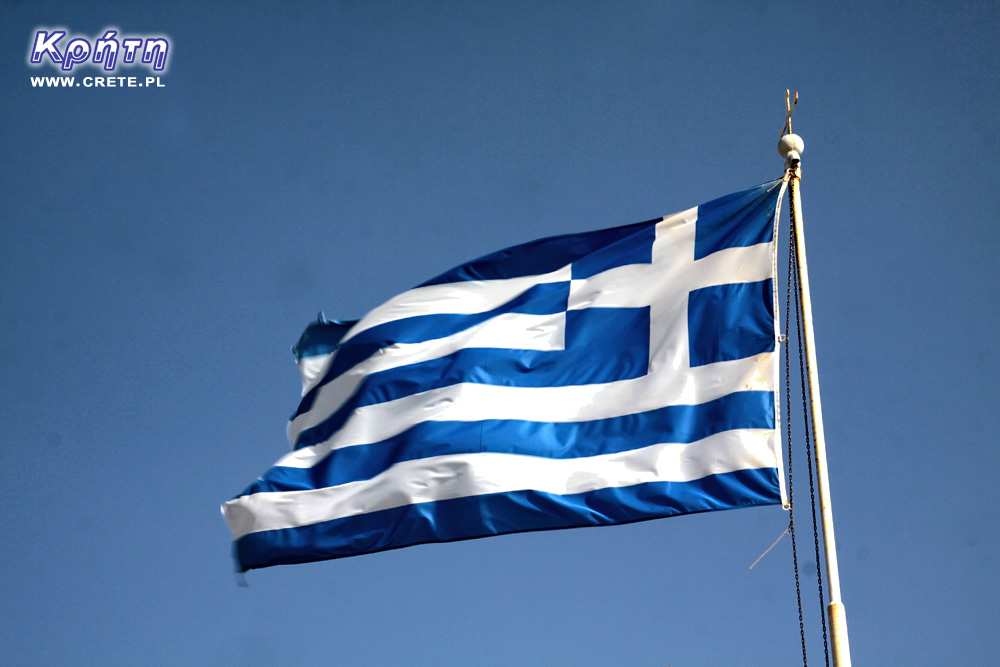 The humiliated army of Benito Mussolini

Benito Mussolini hoped that participation in the invasion of France would open him the possibility of occupying the southern part of the country. His very hopes were soon dispelled by Adolf Hitler, who informed him that the Italians would be able to occupy only the areas they would win themselves.

On June 10, to attack France, Benito Mussolini appointed two armies, which consisted of about 300,000 soldiers. These forces were almost twice as large as the French troops standing on the other side of the border. Although Duce had a pretty good impression on paper, the front reality turned out to be very brutal for the Italians and exposed their numerous weaknesses. A poorly trained infantry equipped with outdated equipment and devoid of artillery support was not an equal opponent for the French defense. The bad condition of the Italian army is evidenced by the fact that on the greater part of the front, both armies did not go further than five miles deep into France.

This clumsy campaign can not be described as a complete fiasco. The confrontation of the losses of both countries is striking. The French lost 37 soldiers in comparison to 631 killed on the Italian side. The weakness and meager morale of the Duce army is also testified by the fact that out of 300,000 Italian soldiers participating in military operations, almost 3,900 were taken prisoner by the French.

It was with such a miserable effect that the participation of the Duce troops in the French campaign ended. Mussolini understood that the best way to wipe out this stain from the honor of the Italian uniform would be quick success. Greece, located among neighboring countries neighboring with Italy, seemed an easy prey, which conquest would not pose a greater challenge for the still large army of Mussolini. 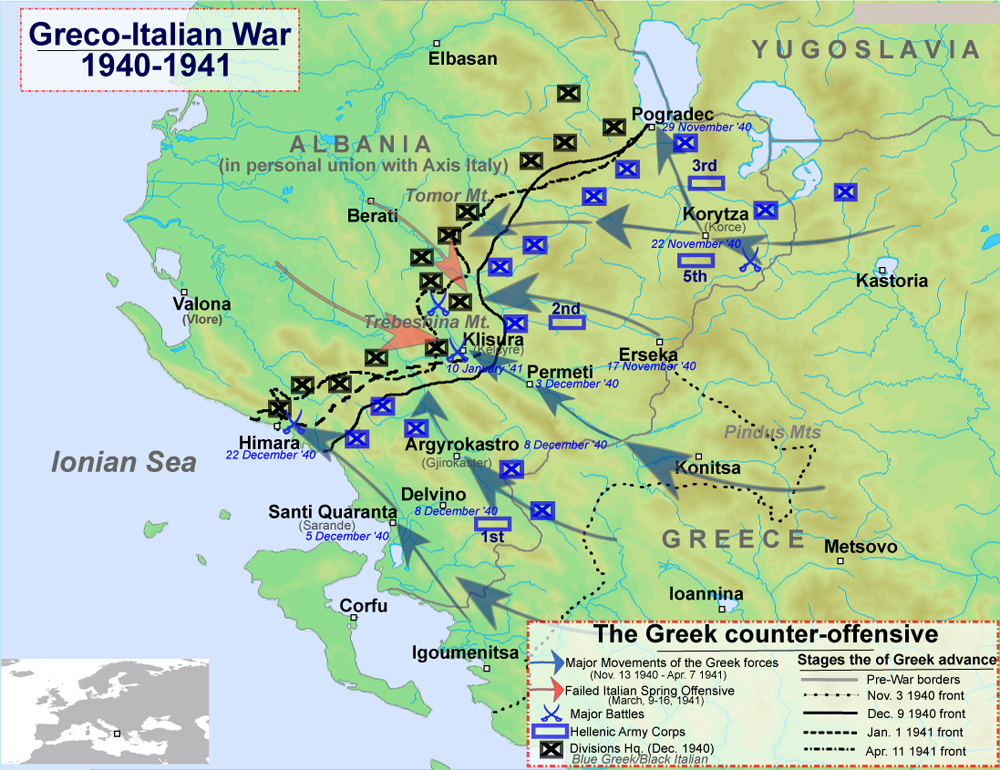 After reading the text, Joanis Metaxas turned his gaze to the Italian ambassador and resolute strong voice, he answered in French (the then official language of diplomacy): "Alors, C'est la guerre" Well, that means war. Emanuele Grazzi tried to calm the situation, convincing the Greek prime minister that war can still be avoided. These not very skilful proposals, however, were summed up by Joanis Metaxas short NO, which ended the further conversation. Two hours after this meeting, the Italian invasion of Greece began. Mussolini's "powerful" army quickly became convinced how difficult and demanding opponent is the underrated Greek army. A well-developed offensive slowed down very quickly to get stuck in the winter months.

Already two days after these events, the firm refusal of Joanis Metaxas and the word "No" was used by the newspaper "Greek Future" (Ελληνικό Μέλλον), which on the front cover printed a symbolic inscription ΟΧΙ. Very soon this word became a symbol of Greek resistance to Italian aggression.

For the first time, the anniversary of Oxi Day was celebrated in the courtyard of the University of Athens during the occupation of 1941. After the end of the Second World War, October 28 was established as a public holiday. For the first time, his ceremonial celebrations were organized in 1944 by the then Prime Minister George Papandreou. From 1952, celebrated on October 1, the Feast of the Blessed Mother of God was moved to October 28. Since then Oxi's day is also a church holiday. 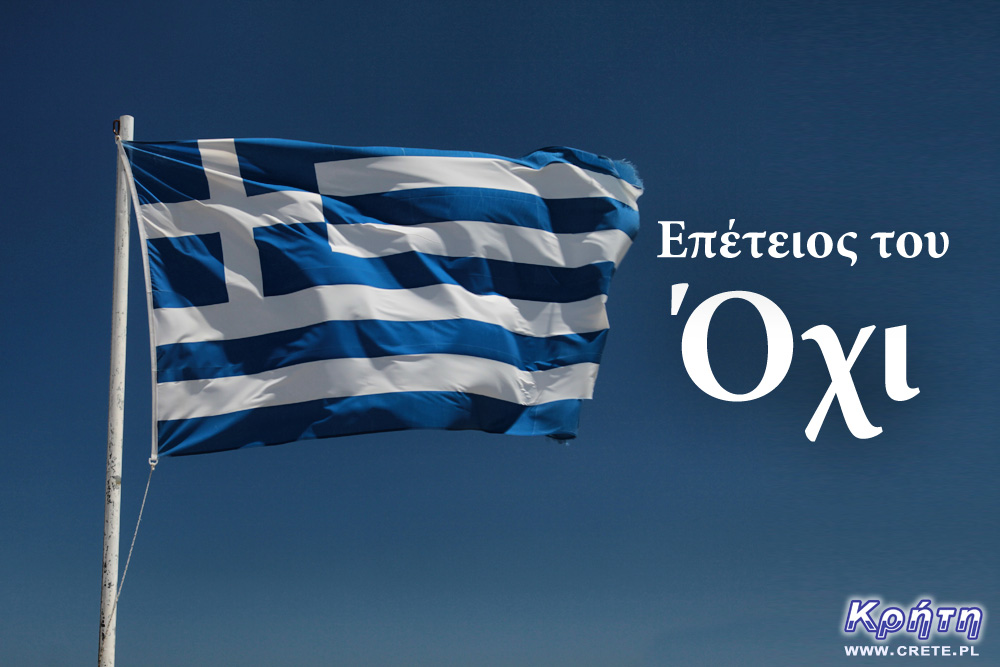 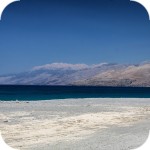 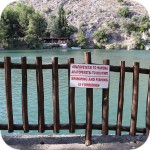 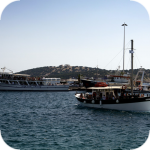