Kreta ›
By car through Crete ›
Road tolls in Crete

Only a few years ago, most of the road regulations were treated in Crete very slowly. Many of the offenses were not registered at all, and many of the issued mandates, by various connections were canceled in one way or another. For several years, however, one can notice a much more restrictive approach to the observance of traffic rules in Crete. In particular, this applies to speed control, fastening seat belts, carrying children in car seats and using mobile phones while driving.

Jednośladem only in a helmet

The attention should be paid to the driver of two-wheelers and quads, because long gone are the days when you could move around Greece with a motorcycle or a scooter without the use of a helmet. Due to the quite frequent tragic events in which these types of vehicles participate, Greek policemen organize preventive actions aimed at catching and punishing drivers who do not use helmets. In particular, this applies to typical party resorts such as Malia, Stalida, Platanias, where the problem of "wild" movement of all two-wheelers and quads is the largest. The maximum penalty for this offense is a fine of € 350 and loss of driving privileges for 10 days. 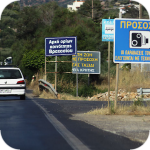 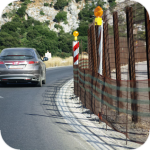 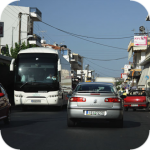 For several years (exactly from 2008) along the New National Road, speed cameras have been set up in many places. Most of them are well marked with appropriate plates. At the moment, probably all do not work or are devastated. You should not be surprised by the view of the speed camera mast, which case with measuring equipment is covered with a garbage bag. Such insights can encourage faster driving. Unfortunately, however, succumbing to the temptation of stronger gas pressure may end in an expensive mandate, as the Greek Police (like Poland) has many places where it is willing to set up with traditional dryers and laser speed meters. Measurements with these last devices can be particularly painful, because they allow you to control the speed from much larger distances than in the case of traditional radars. 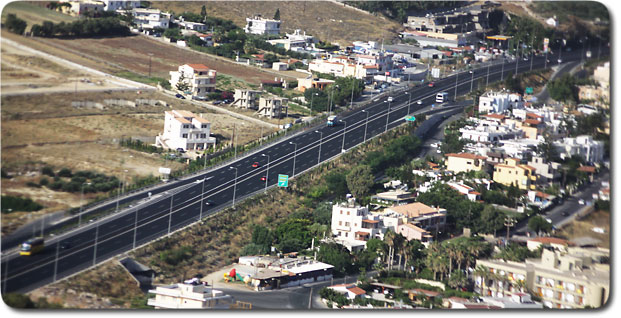 The New National Road (Krajowa) - is the main artery connecting the eastern and western part of Crete. It is in this way that you will most often encounter police patrols controlling speed.

If the vehicles passing by from the opposite direction will be flashing with long lights, just like in Poland, you can expect a police patrol standing by the road. In such situations, it is worth to release.

In larger cities parking lots in the very center are payable. The toll payment system is based on parking meters or on traditional cardboard blanks, which require the date and time of the start of a stop to be marked. If you are in doubt about whether you can park for free in a given place, ask some indigenous resident or seek information in the nearest newsstand. We recommend paying the required fees as they are relatively low in relation to the amount of any mandate you are exposed to. It is also worth paying attention to the additional designation of parking spaces, because quite often (eg in the area of ​​the Archaeological Museum in Heraklion), parking fees only apply to specific hours of weekdays.

A typical parking ticket - shown in the picture comes from Heraklion

At the moment, quite often there is also the opinion that it is not worth paying or worrying about fines issued in Greece. It is worth revising these views, as the ever stronger integration of the countries that make up the European Union makes it much easier to collect criminal penalties issued abroad. This is particularly painful for people who, a few years after the road traffic offense, are being called to pay the penalty together with penal interest. An additional incentive to pay fines in Greece is a 50% reduction in the penalty payment within one week of the offense.

The fee can be paid to the nearest post office. Due to the slightly different work culture of local offices and the custom of taking breaks in the afternoon hours, I suggest you go tomorning. You should also not be surprised by the large queue and snails of service (which results not only from the free work of officials, but mainly from the slowness of a strange information system). 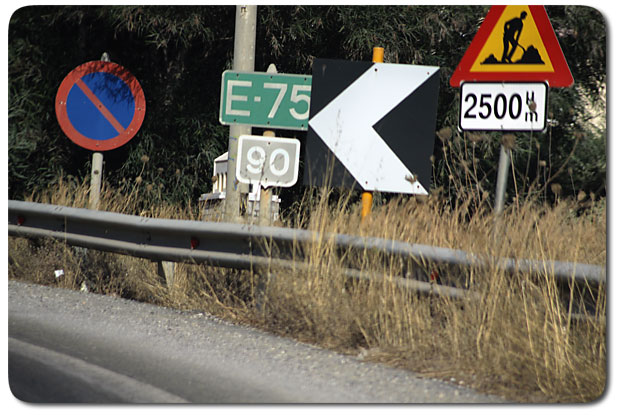 In many places on the Cretan roads, among the set signs you can notice a slight chaos, which should not surprise Polish drivers .

Remember that you are on vacation, which should give you rest from everyday time regime. Hurry is one of the main factors provoking the violation of traffic regulations. Yes, a stupid ticket can always happen to you, but by complying with traffic regulations, you minimize this risk almost to zero. Before exploring Crete, it's worth getting acquainted with the specificity of driving on this island. Valuable information can be found on the following page. 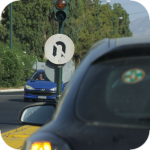 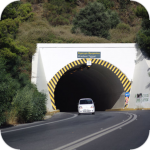 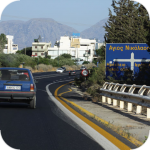 Renting a car in Crete

The website contains valuable comments that may be useful if you want to rent a car in Crete.

Roads in Crete ... or how to navigate the island efficiently

A collection of tips on how to get around Crete in order to efficiently explore this Greek island.

By car around Crete

The mountain roads in Crete require a hand from the driver. There are places where the road cuts into a mountain slope, and its boundary on one side is marked by a vertical wall with crumbling rocks, and on the other hand by a precipice falling down a steep slope. In most such places, energy-saving barriers to vehicles fall are the standard, but there are also places where dense concrete pillars are the only security measures. 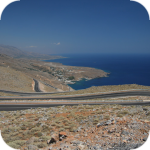 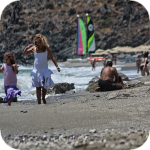 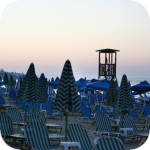