Kreta ›
What to see in Crete ›
Regions of Crete ›
Akrotiri peninsula

Akrotiri is a peninsula on the north-western coast of Crete, located about 10 kilometers north-east of the city of Chania. It is a good place for nature lovers and hikers on the mountain ravines that you can walk to beautiful small coves. It is also a region with sandy beaches that attract both tourists and the surrounding Greeks in holiday months. These beaches usually have different amenities and are clean, which is confirmed by the Blue Flags awarded to them. The road network on the peninsula is extensive and in good condition, so getting here is not a challenge. 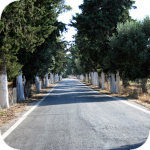 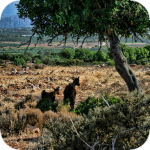 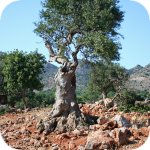 Tourists looking for accommodation in this area have a choice of hotels, apartments, villas and campsites. Although Akrotiri is more and more often visited, it is still one of the regions where there is relatively little mass tourism and a village with disco nightlife. 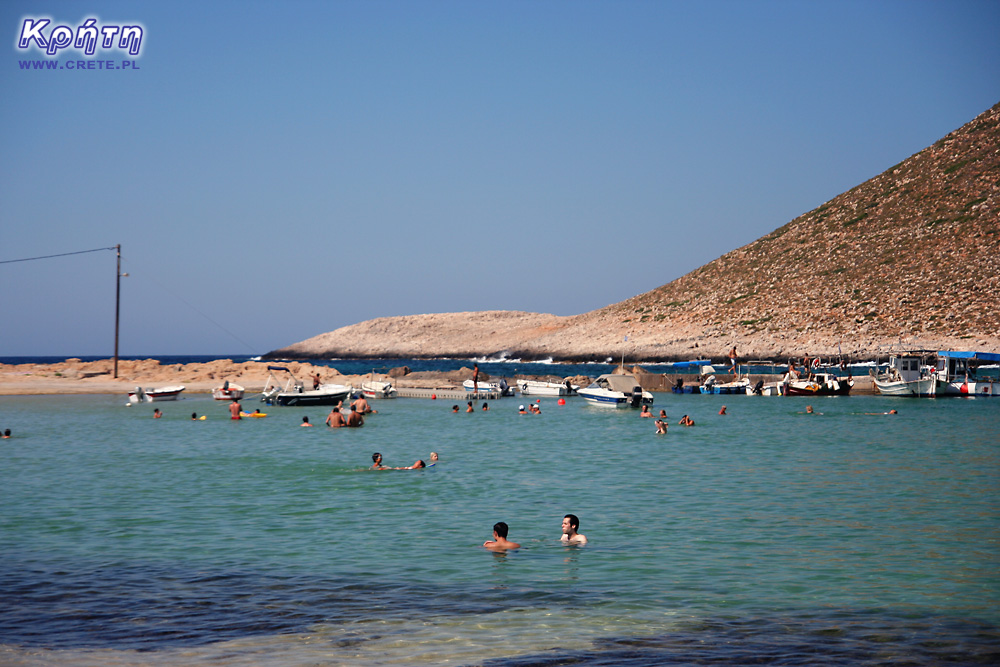 About 10,000 inhabitants live on the Akrotiri peninsula in dozens of villages and towns, among which Stavros is one of the best known located on the north-eastern part of the peninsula. This place is known to all fans of the movie Zorba Greek, because it was here was filmed. Currently, Stavros is also famous for its excellent sandy beach located by a small cove.
Also popular is the quite modern Kalathas located 12 km from Chania , where there is also a beautiful sandy beach with a gently sloping bottom and well-organized infrastructure. The inhabitants of Chania , who want to live away from the city center, move to Kalathas.
Nice sandy beaches with shallow, calm water can also be found in the popular Marathi, 17 km east of Chania and 5 km east of the Souda military base. Nearby are also the ruins of a Roman city called Minoa, which was probably the port city of ancient Aphera . 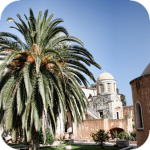 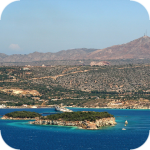 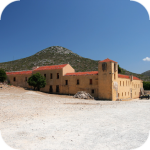 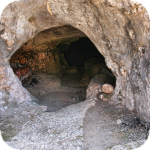 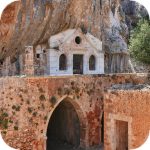 A place for active people

Most of the peninsula is rather flat, with the exception of the eastern part, which is more mountainous and rocky. The highest peak of Akrotiri rises to a height of 528 meters. The peninsula crosses several gorges, some of them are a good place for practicing rock climbing. The charming coves in which the ravines end are perfect places for diving and practiced snorkeling.

On the Akrotiti peninsula there are many interesting caves with unusual rock formations, which formerly were places of worship or served as a shelter for pirates. The best known are Niedźwiedzia , Św. Jan Pustelnik , Lera, Arkalospilio located 3 km from Moni Gouverneto . 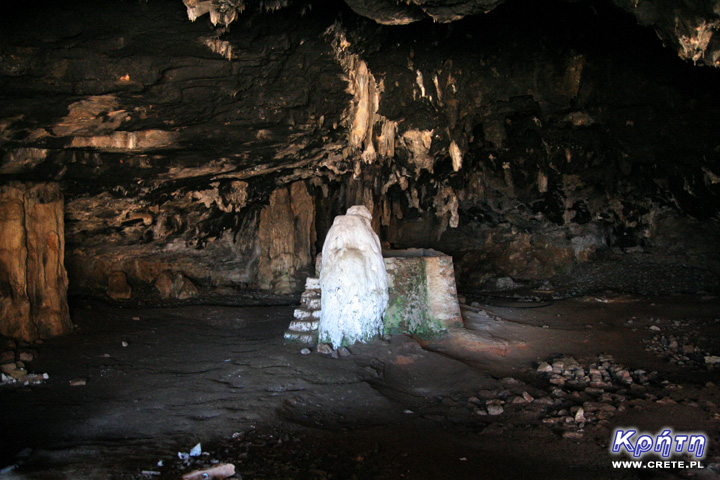 Niedźwiedzia Cave is located in the northern part of the peninsula

Another functioning name of the Holy Mountain of Crete peninsula - Holy Mountain of Crete explains the wonderful monasteries erected here. The most well-known are Agia Triada , Gouverneto and Katholiko , which are located close to each other, so that their tours can be combined into one trip. These monasteries by many people are indicated as the most beautiful in Crete. Other less known but worth recommending is the Monastery of the Sisters of Agios Ioannis in Korakies, The Agios Ioannis Eleimon Monastery in Pazinos. 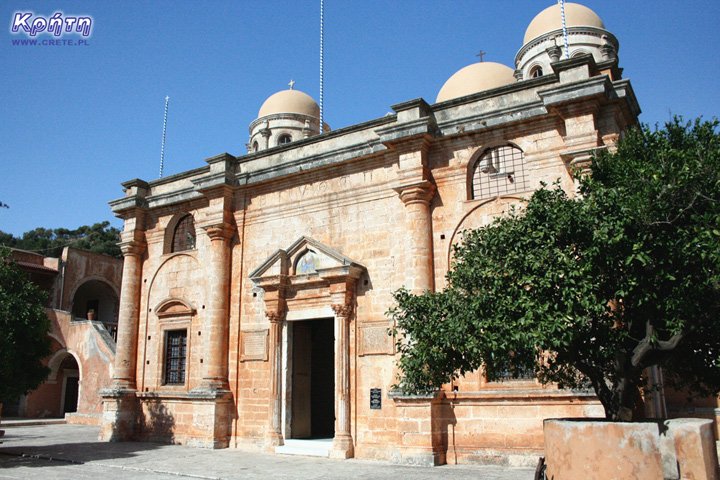 = "Agia Triada" href = "/ klasztor / agia-triada-tsangarolon.html"> Agia Triada - considered by many as the most charming monastery of Crete

The hill Profiti Ilias, located north-east of Chania on the western edge of the Akrotiri peninsula, is of particular importance to the national consciousness of the Cretans. It was here that the Greek flag was masted for the first time in 1897. We will also find here the graves of Greek heroes: Eleutherios Venizelos and Spiros Kayales. Eleutherios Venizelos is considered one of the most important figures in modern Cretan and Greek history and is still admired as one of the greatest patriots and statesmen. Spyros Kayales was a Cretan revolutionary who risked his life several times by raising the shot down flag of Greece during the uprising against Turkish rule in 1897. His heroic attitude is considered one of the landmarks that decided to give Crete the name of an autonomous island.

This place is also a great vantage point, because it offers a perfect panorama of the city of Chania. There is also a small church Profitis Ilias ("Prophet Elias"), which was built in the fifteenth century and is a popular place for weddings.

Airport and military base

In the middle of the peninsula is the second largest international airport of Ioannis Daskalogiannis in Crete, which is shared by the Greek military air force. The 115 Air Force Wing, stationed here, is equipped with several dozen modern F-16 fighters.
The beautiful Souda bay is also the base of the Greek navy and NATO base. There is also a NATO training center for air defense systems used regularly by the armed forces of Germany, the Netherlands, Belgium, Greece and the United States. 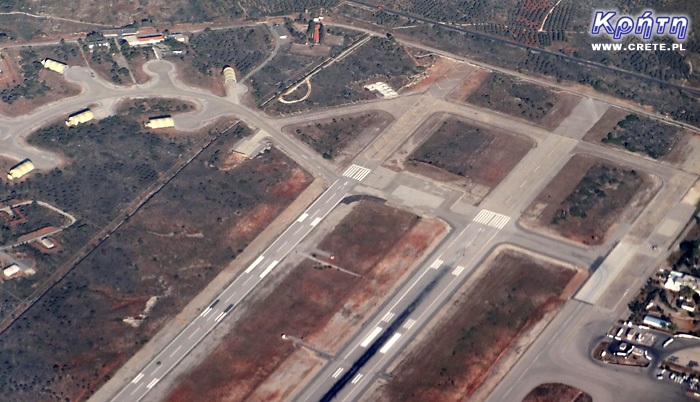 The airport Ioannis Daskalogiannis in Chania ,
on the left side there are bunkers covering combat F-16 planes

Not far from the bay of Souda is a large cemetery of Allied soldiers who took part in the Battle of Crete in 1941. Most of the people buried here are British, Australians and soldiers from New Zealand. In total there are 1527 graves here.

Park of Fauna and Flora Protection

On the Akrotiri peninsula there is also a 30-hectare park called The Park for the Preservation of Fauna and Flora in Kounoupidiana run by the Cretan Polytechnic.
The aim of this park is to protect native plants of Crete, with particular emphasis on endangered and endemic species, as well as species of economic, cultural and curative importance. Native plants and co-existing animals are protected here and can develop without human interference. The idea of ​​creating this park was created in 1994, and in 2007 the efforts of the founder and designer Yannis Phillis Park were appreciated by the Academy of Athens, which awarded him the prize for his work. 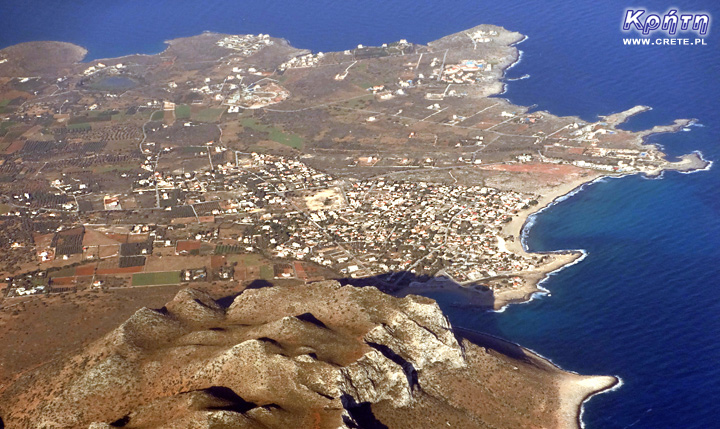 Redirected from the side - Sfakia and Aradena - the land of the chasm. The increasing number of tourists spending holidays in Crete means that in the northern part of the island, it is becoming increasingly difficult to find a place where you can rest from the hectic everyday life in peace. Overcoming the little over 30 kilometers of the city of Chania from the Sfakia poviat on the southern coast of Crete, it enters a completely different land, where the life of the White Mountains is much slower in the shadow of the White Mountains. The genesis of the name of this poviat will not surprise anybody who will break the road from the Imbros gorge to Hora Sfakion.

The increasing number of tourists spending holidays in Crete means that in the northern part of the island, it is becoming increasingly difficult to find a place where you can rest from the hectic everyday life in peace. Overcoming the little over 30 kilometers of the city of Chania from the Sfakia poviat on the southern coast of Crete, it enters a completely different land, where the life of the White Mountains is much slower in the shadow of the White Mountains. The genesis of the name of this poviat will not surprise anybody who will break the road from the Imbros gorge to Hora Sfakion. 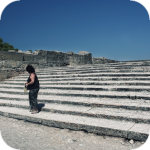 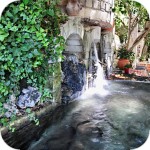 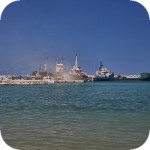