In early November, we wrote about the endless epic of the removal of the ship Apollon K , which had been stranded off the coast of Agia Roumeli for many months. Apollon K., owned by NenKritis, has been carrying tourists between Paleochora and Agia Roumeli for several years, being a slightly cheaper option for Anendyk ferries operating on the same route. However, after a strong wind pushed the ship aground in June this year, the vessel got stuck at a small pier and became a permanent part of the local landscape. The owner of the ship lost interest in it, and official procedures took so long that the history of Apollo K was finally ended by stormy weather. Under the influence of strong winds and high waves, the ship simply shattered. 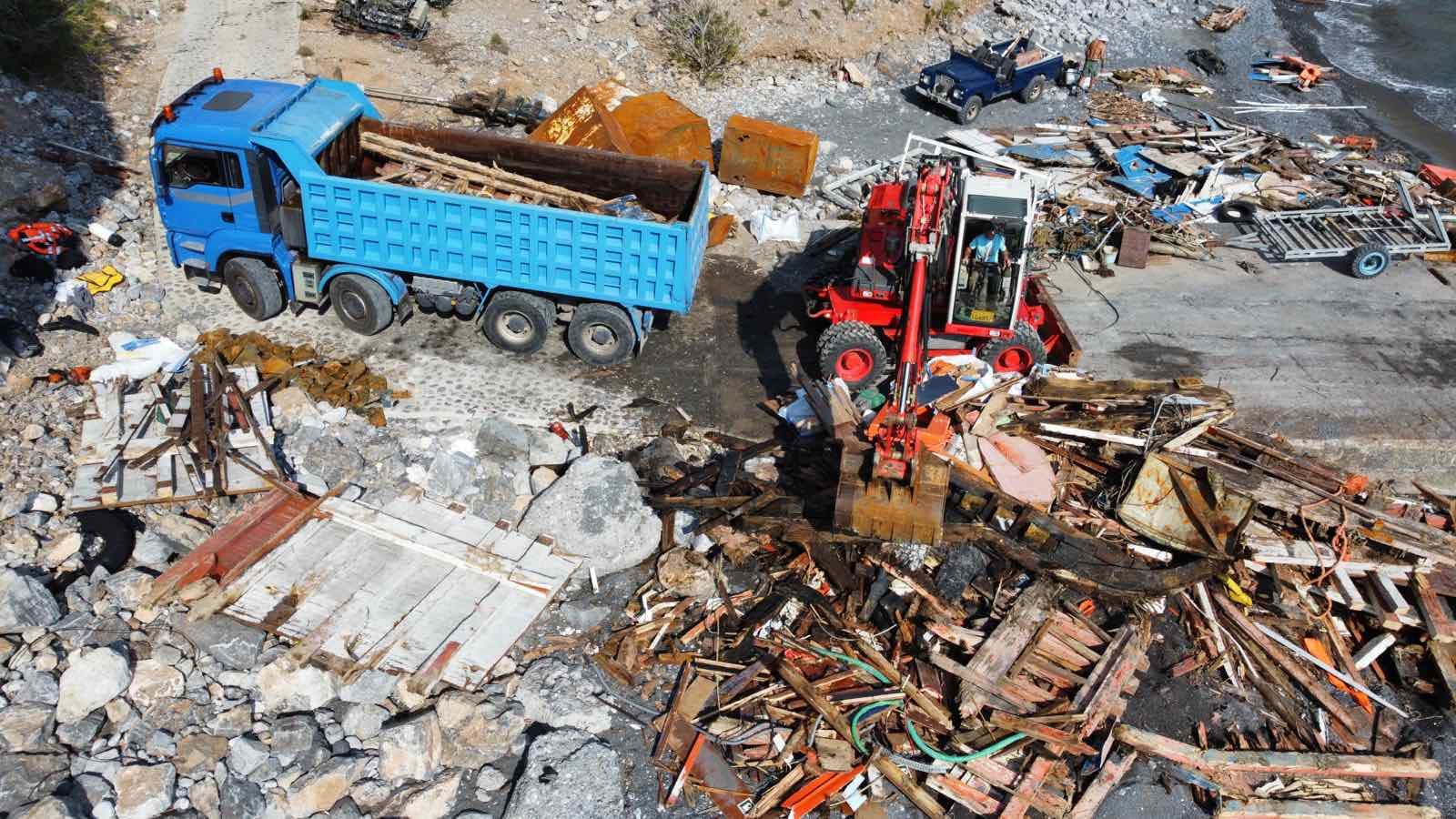 The public was informed today that the last remains of the ship had been fished out of the water. Next week, divers are to go under the water to check if the water has been contaminated with chemicals and if there are any remains of the wreck at the bottom.

The president of the Chania Port Fund, Dimitris Virirakis, who assumed responsibility for the removal of the ship on behalf of the authorities, said that the Apollo K issue had rightly stirred up opinion. The incident took place in a well-known tourist area, which is also a protected area. The spice of the case was added by the fact that in fact the fate of the ship was indifferent to the owner and creditors. The ship was not covered by insurance, so the shipowner could not count on the payment of compensation. Despite creating a budget of €100,000 to tow the vessel, no one was interested in taking over and towing the vessel. The ship was old and wooden, so a potential buyer would not be able to sell it later for scrap. In addition, in recent months the price of oil has skyrocketed, which meant that importing a floating crane from Athens became completely unprofitable.

Unfortunately, state structures also failed to remove the ship. From June 11, when the ship ran aground, to this day, the Port Commission met as many as 10 times. Many approvals from, among others, the Ministry of Shipping were needed to take any legal action. Even though the entire official machine had been grinding this topic for 5 months without success, the Greeks ensure that everything was done in record time.

In fact, the pace of work accelerated significantly when the ship crashed in the first days of November, and the story of Apollo K gained media coverage. Now, after cleaning up the remains of the wreck, it remains to be glad that this story is finally closing, and as Dimitris Virirakis said, everyone is wiser after these experiences. May it be so.