The final of the beautiful Apollon K disaster in Agia Roumeli

In early June this year, a gusty wind had sanded the Agia Roumeli small passenger ship Apollon K belonging to the Nen Kritis company. For several years, this ship has regularly made voyages between Paleochora and Agia Roumeli. 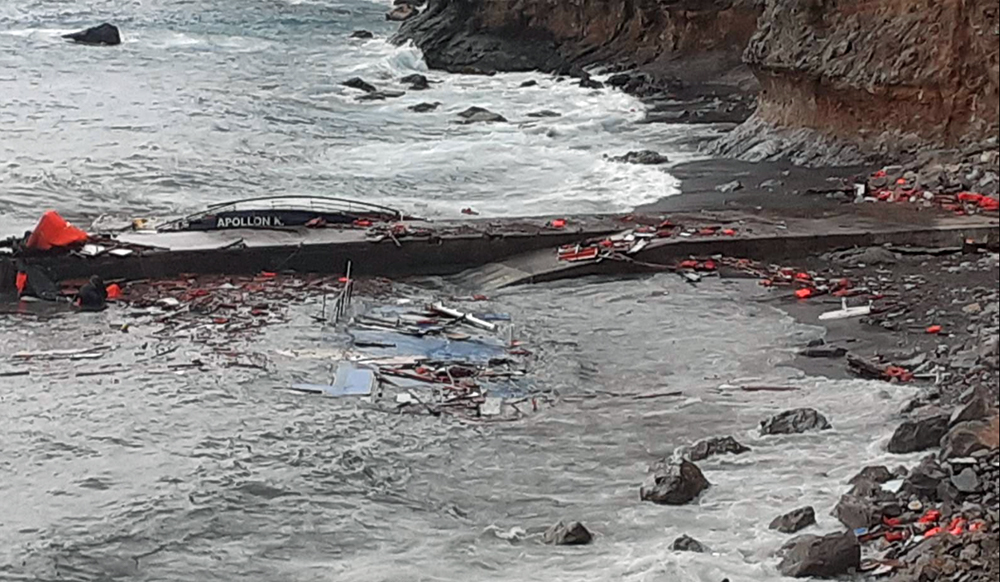 The remains of the Apollon K. ship at the quay in Agia Roumeli (photo source: https://flashnews.gr/ )

A collision with the concrete structure of the port caused damage to the hull, which in turn caused the vessel to draw water. The local Port Authority immediately became involved in activities aimed at preventing the spread of pollution, especially fuel. The shipowner also assured that the ship, after carrying out the necessary repairs, will depart from Agia Roumeli to the port in Paleochora within a few days and everyone will quickly forget about this event.

Unfortunately, all actions on the part of the owner of the vessel ended with these smooth words and assurances, and the vessel had been stranded for many weeks since June. The inhabitants of Agia Roumeli and the management of the port there were more and more dissatisfied with this fact. Although the fuel was removed from the ship, some oil was left in its engines. This meant that only 80% of it had been cleaned of petroleum substances and thus still posed a threat to the environment.

Already then, the inhabitants of Agia Roumeli reported that there was a smell of oil in the area. They even submitted an open letter to the Greek Ministry of Transport, in which they demanded immediate action to be taken to remove the inoperative vessel from the quay. The wreck not only hindered local navigation, but was also a threat to the local natural environment, which is protected under the Natura 2000 program. It was already known in June that if the owner of this ship, i.e.Nen Kritis, did not remove the damaged vessel, the problem would be taken over by relevant state authorities. The chairman of the commune, however, speaks of the indifference of the authorities to the requests to remove the wreckage.

Today, life has brought this story to an end. Apollon K, which was stuck in Agia Roumeli for several months, was completely destroyed this weekend and drowned by strong waves and wind. Currently, the side port area of Agia Roumeli is a great cemetery of the remains of this ship. Fragments of a ship and its equipment float on the water everywhere, which are carried by the waves on the local quay.

How did it happen that even the transfer of responsibility for taking this vessel from the private owner of the ship to the Greek state ended in an equally ineffective operation?

The president of the Chania Harbor Fund, Dimitis Virirakis, apologized to the people of Agia Roumeli and took responsibility for the shameful effects of unsuccessful lifting efforts. The lack of actual efforts to remove the damaged ship is explained by time-consuming bureaucratic procedures that blocked the completion of works on time. He points out that the current legislation was standing in the way of taking action, and he, as a government official, had no opportunity to circumvent the applicable law. At the same time, he points out that the Port Fund immediately redirected the amount of PLN 100,000 from the internal budget. euro, which was to be used to shorten the procedures. Unfortunately, the final consent to take action did not come until the last day of August. 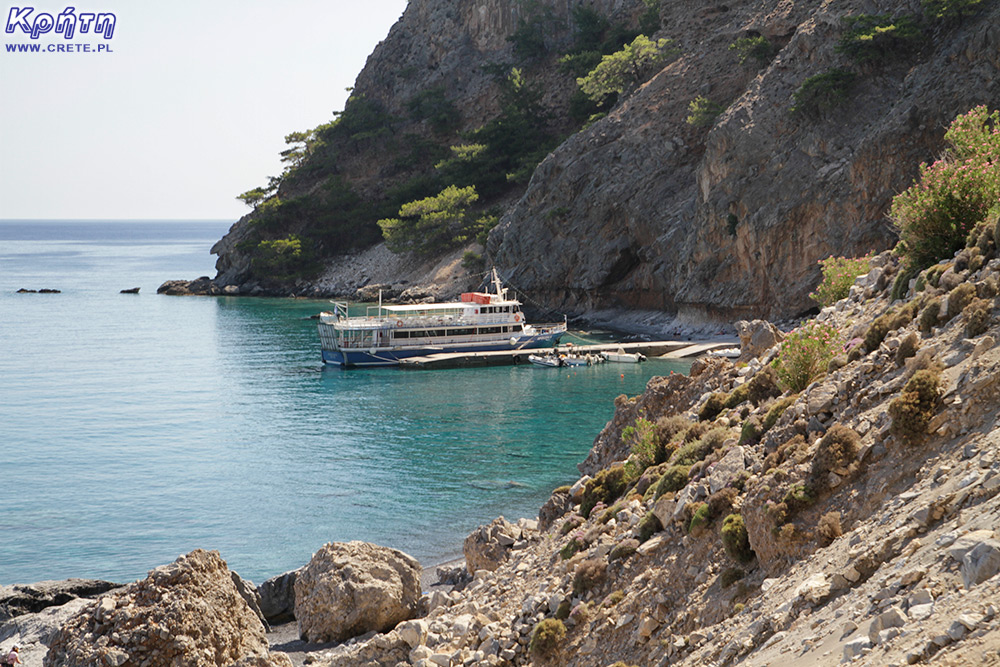 Apollon K. moored at the pier of Agia Roumeli during one of the previous tourist seasons

From that moment on, the technical procedures allowing for real action were to begin. However, at this point another staircase began. According to the president of Virirakis, no one did anything at that moment, because the owner of the vessel was not interested in the fate of Apollon K. The ship was uninsured and additionally encumbered with a mortgage. The amount that the Port Fund earmarked for action was considered too low to take further action. After the fiasco of the towage talks, procedures were started and approval was obtained for the ship's dismantling on the spot. Unfortunately, at this stage, the owners of the ship also did not want to cooperate with the authorities. For their part, they did not provide the ship's documentation or the relevant consents and contracts. Even the prosecutor was unable to find a solution to successfully circumvent these bureaucratic procedures. As the president emphasizes, it is ironic that the state-set deadline by which the ship's owners are to submit all the vessel's documentation expires in a few days.

In the face of the new reality, a special committee will be convened tomorrow to assess the current situation. At the moment, the most important activity will be cleaning the port area and the quay of the remains of the wreckage. Local authorities demand that divers be sent to the site of the shipwreck and its remains removed from the seabed. Let us hope that this time the Greek state authorities will rise to the occasion and will not leave this problem on the minds of the people of Agia Roumeli.