In Crete, in each of the big cities there are archaeological museums where you can see artifacts excavated on the island. The largest and richest in the collection is located in the capital of the island of Heraklion. It is worth visiting them especially that a long-term refurbishment has recently been completed and you can finally appreciate the vastness of the collected items. Nevertheless, other museums are also worth visiting, even though their resources are not as impressive as those in Heraklion. This particularly applies to the Archaeological Museum of Chania. 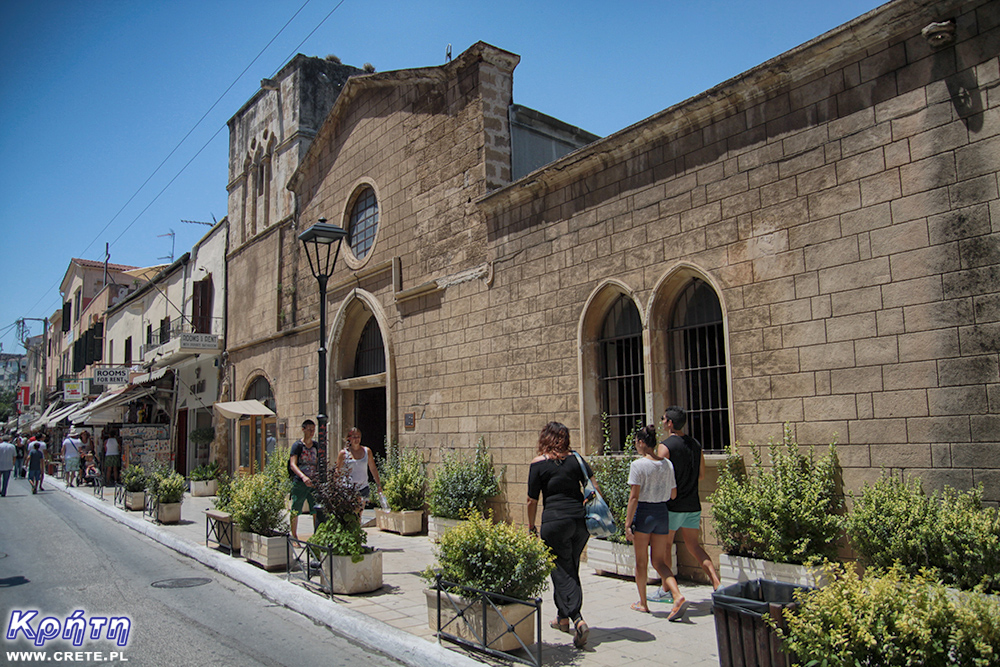 The building in which it is located and its turbulent history decide about the unique atmosphere of this museum.
It is in the medieval former church of the old Venetian monastery Agios Fragiskos (St. Francis), once belonging to the Franciscan monks.

It was the largest Venetian church in Chania and at the same time one of the best examples of Venetian sacred architecture in Crete. Until now, it is one of the most important monuments of the Venetian period on the island. The exact date of the foundation of the church is not known but written sources state that this building was present in Chania during the great earthquake in 1595.

During the Turkish occupation, the church of Agios Fragiskos was turned into a mosque and named after the conqueror of Chania, Yussufa Pasha. On the north-west side of the Turks, they added a minaret and in the courtyard an octagonal fountain.
At the turn of the 19th and 20th centuries, the Ideon Andron cinema housed here, and after the Second World War the building served as military magazines. In 1962, the building was restored and transformed into a museum. The fact that the mosque was formerly reminiscent of only an octagonal fountain located in the museum garden. 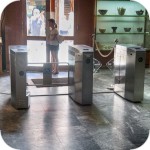 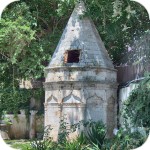 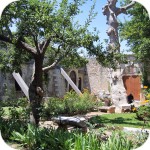 The architecture of the building adds extraordinary atmosphere to the entire exhibition. This is not one of those raw museums with a very contemporary look. This does not mean, however, that you will not find here contemporary accents, it is worth mentioning, for example, the entrance gates associated with the entrance to the subway.

Among the numerous collections coming from excavations in the Prefecture of Chania, attention is drawn to the unusual Roman mosaics depicting, among others, Dionysos, Ariadne and Poseidon. They were all found in private villas in Chania. 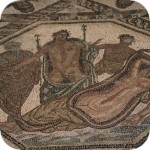 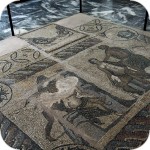 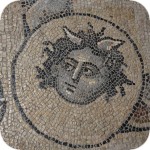 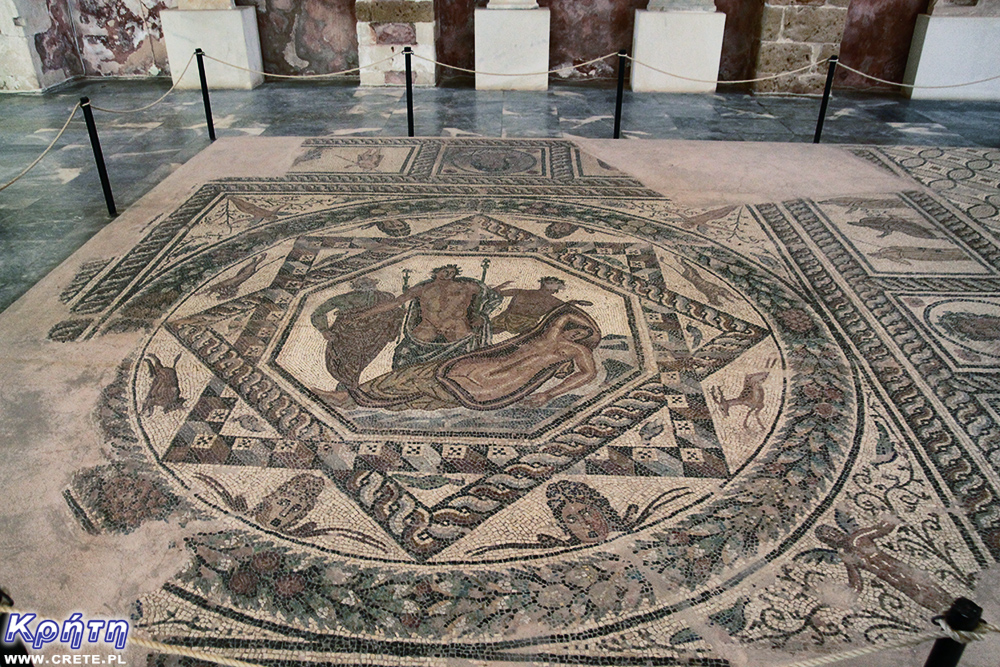 You will also find here a collection of Minoan and Roman artifacts from the Neolithic to the Roman rule, which were found in the city and its surroundings. There are treasures from Kydonia (former name of Chania), Aptery, Polyrinii or Lissos. In an interesting way, a collection of old coins was presented, which can be viewed at close range using a sliding magnifying glass. You can also see sarcophagi excavated in the area of ​​the Armeni Necropolis. 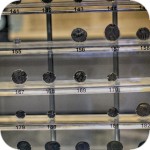 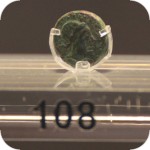 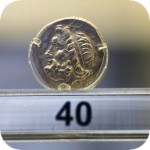 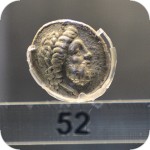 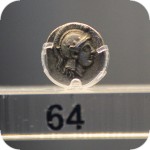 Unfortunately, not all objects can be photographed. Some of them are covered by the ban, which is constantly reminiscent of the museum's employees. Other items can only be photographed without using the flash.

In 2000, an interesting private collection of artifacts by Konstantinos and Marika Mitsotakis was handed over to the museum. The exhibits now constitute one-third of the collection. They occupy three small rooms on the north side of the museum and are presented in chronological order (end of the fourth millennium BC - third century AD). 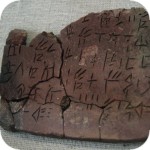 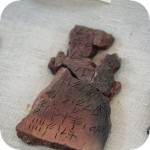 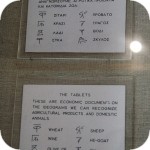 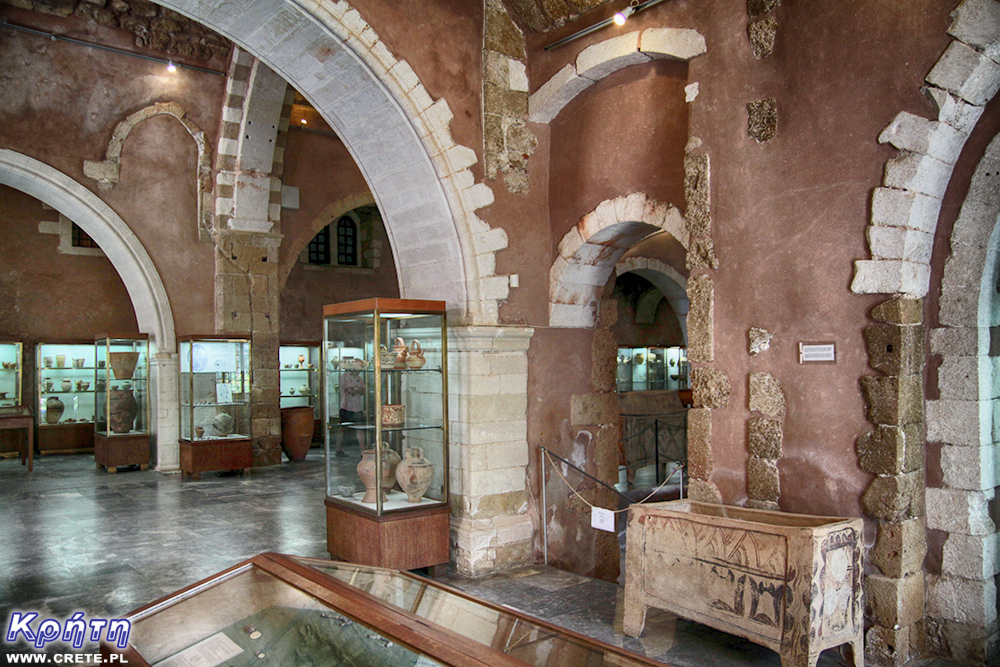 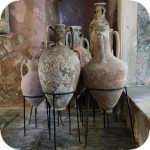 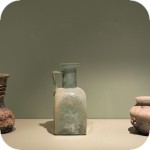 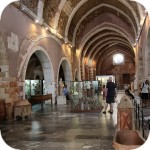 The museum is located in the center of the old town of Chania on 25 Chalidon Street. This location is a short distance from the bus station and the town hall.

The museum is open every day except Mondays. From June to October you can visit them between 8.00 and 20.00. In the remaining months it is open until 15.00.
Admission to the Archaeological Museum in Chania costs 4 € (normal ticket) and 2 € (concessionary). In mEvery month, from November to March, reduced prices apply to all visitors.
If you are coming to Chania, plan to visit museums more intensively, it is worth to buy a combined ticket for 6 € (discount 3 €), based on which you will visit the Archaeological Museum in Chania and Kissamos, Museum of Byzantine Art, as well as very interesting excavations in the Apothecary.

A few years ago, a decision was made to start the construction of a new Archaeological Museum in Chania. The modern and large building was located in the Chalepa district of the former Chatzidakis military camp. In the future, he is to take over the role of the current Archaeological Museum. The building's structure was designed by the famous architect Theofanis Bobotis. It is anticipated that the museum will become the largest and most important project for the cultural and tourist development of Chania and will also play an important role in the promotion of the Chalepa district.
The financing of this project has been included in the Operational Program "Competitiveness and entrepreneurship" implemented in 2007-2013.

Unfortunately, the date of completion and putting the museum into use has already been postponed several times. It was supposed to be the end of 2015 (according to the sources, only the inauguration of the temporary exhibition entitled "Archaeological Museum in Chania from the 19th century to the 21st century) was finally made.
According to official data, the completion of permanent exhibition, facilities surrounding the building and completion of the amphitheater will be financed in the period 2014-2020. So it looks like the official opening has been postponed for several years.

The total area of ​​the building is to be about 6.5 thousand square meters, of which one third is to be earmarked for exhibition halls, and 140 sq m for the gallery. The building will also include a place for the museum's office facilities, warehouses, laboratories, an amphitheater for 140 people, as well as several cafes. The flexible and modern layout of the museum space is to enable the organization of a wide range of events, starting from the conference and ending with the implementation of all kinds of educational programs. Next to the museum, a car park for 81 parking spaces has also been planned.

Most of the Cretan museums refer to the history of the island with their exhibits, whose history dates back to the distant ancient times. However, this should not be surprising, because Crete is a real treasury full of this type of artifacts. It is worth remembering, however, that the island also has an equally interesting and equally dramatic history written over the last several hundred years. The exhibits gathered in the Military Museum in Chromonastiri refer to this subject, much closer to our times.

The Archaeological Museum of Heraklion is one of the most important and largest museums in Greece and one of the most important in Europe. The permanent exhibition of the museum contains unique works of art and Cretan history from excavations from the central and eastern parts of the island. It covers all periods of Crete's history and prehistory from the 5,500 years range from the Neolithic to the Roman times.

Museum of History and Folk Art in Rethymno

If you would like to see how the everyday life of the inhabitants of Crete used to be, then you must visit the Museum of History and Folk Art in the center of the Old Town of Rethymno. The exposition gathered in several exhibition halls, unlike those presented in archaeological museums, focuses in most cases on objects from a relatively close past. Usually, these are things that were in everyday surroundings and were used by the Cretans living at the turn of the eighteenth and nineteenth centuries.