This season is perceived by many as the first normal tourist season in several years. Unfortunately, there are many indications that this year's vacation will be quite specific and far from what we considered the norm in the years preceding 2019. Recently, we wrote to you about price increases for many goods and services that affect the cost of the holiday budget. Today, for a change, we will not write about the price, but about the problems that the aviation industry is currently struggling with. It is worth being aware of these problems in the perspective of your own flight to Crete. There are many indications that this year, news about recurring complications related to flight management will often appear on all news portals. 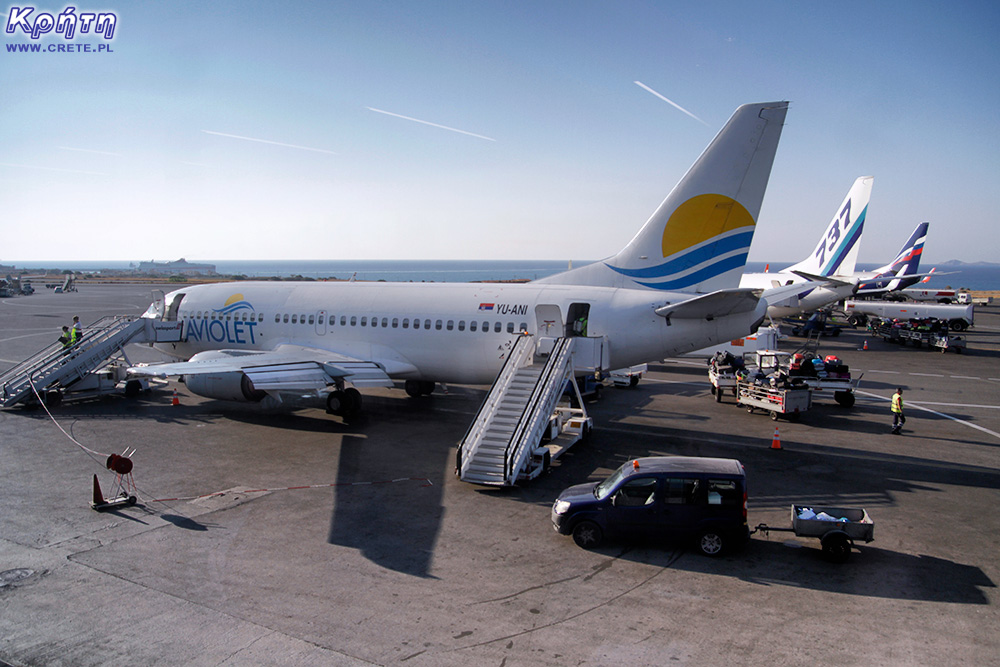 600 people grounded at the airport in Chania

There are days when the airport in Chania, which has the status of a regional airport, can be heavily overloaded. It is then crowded both in the departures hall and in the lines for security check-in. However, it is hard for us to imagine what happened at the airport in Chania last Friday. On that day, a few minutes before departure, the take-offs of three planes connecting to Great Britain were canceled. In total, there were over 600 passengers in the waiting rooms in front of the gates who were unable to return to their homes.

All this made Friday a nightmare day not only for unlucky passengers, but also for the entire staff of the Chania airport. The procedures related to the preparation for take-off of the aircraft serving these flights had to be suspended. Airline employees also had a lot of work. Passengers who, for obvious reasons, could not stay at the airport, had to be placed in nearby hotels. 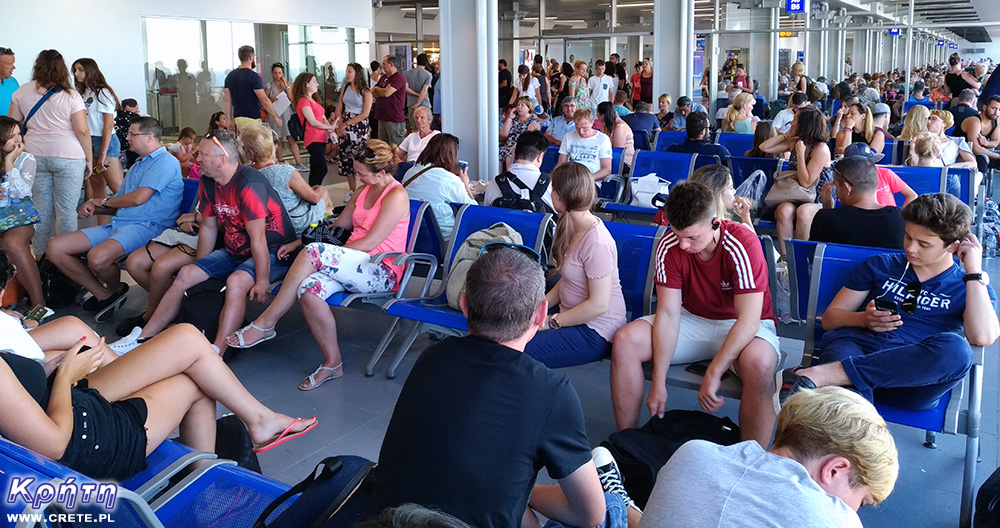 It is worth answering the question: why did this happen? Well, it was by no means the fault of the Chania airport staff. The fault was not also on the part of the crews or the passengers themselves. The decision to cancel the flights was also not affected by any technical fault that might jeopardize the safety of these flights. It turns out that the reason for the cancellation of these flights is the shortage of staff on the part of British airports. Manchester and London airports refused to accept these flights due to insufficient manning.

At the moment, around 20% of ground staff at UK airports is lacking. For laymen unfamiliar with the characteristics of airport operation, this number may not be very impressive. After all, at present, many industries are struggling with similar labor shortages. Aviation is, however, quite a specific branch of the economy, where timeliness and strict adherence to schedules require exceptional care for the coordination of activities of many professional groups. Not even a few hands to work with can completely break this intricate puzzle.

Of course, you can throw a password: hire more people! There is only one small problem - there is a shortage of people willing to work. Many people who worked in airports and airlines before the pandemic are now working in other professions. The long period of total freezing of air traffic and, consequently, the inability to earn money meant that these employees had to change industries. Many of them cannot imagine returning to their old, often very hard and shift work.

Good morning to you - three flight attendants are flying with us

The inability to find new employees is not just about ground staff. Airlines also face similar problems, as they are also unable to patch their staffing gaps. There is a shortage of on-board staff at virtually every level, and the worst situation is in the staffing of flight attendants and flight attendants. Also in this case, many employees "in the event of a pandemic" changed their industries, performing completely different jobs today. Another part of people remained associated with the aviation industry, but moved to related departments, e.g. logistics departments.

On the other hand, training of new staff takes a lot of time and does not provide an immediate opportunity to improve the employment structure. The situation is also not improved by the persistent overload of the current crews, which in addition must work in accordance with the applicable regulations regarding their working time. In addition, the tensions, pressure and stress they face at work increase the number of sick leave. Many analysts predict that it is already bad and that it is going to be even worse.

Airlines are looking for all possible solutions to improve this situation. Dutch KLM chose the simplest solution. He unloaded clogged booking systems and overloaded schedule, suspending the sale of tickets. Frankfurt airport, with crowds of passengers, dropped some flights to less loaded regional airports.

The most original solution was used by the low-cost airlines Easy Jet. This carrier, like many others, has to face shortages of cabin crew. The deficiencies are so large that without any remedial action, some flights should be canceled. Easy Jet, however, found some very creative solution in reducing the number of seats in its machines. All Airbus A319s belonging to this carrier will be stripped of the last rear row of seats. As a result, the planes will only take 150 passengers on board and thus, in accordance with the safety regulations, only three flight attendants will be needed to operate the flight instead of four.

Can similar situations happen again in Poland? It's hard to predict, but we had a chance to taste a small sample of a similar scenario during the controllers' strike hanging in the air. One thing is certain, if we also face such gigantic problems with employment in the high season, we not only have to take into account cases of flight cancellations, but also a significant extension of the time needed to carry out all airport procedures. Perhaps you will have to show up at the airport not two hours before departure, but even four hours, and this will be the least inconvenience that you will encounter. Anyway, we wish all our readers, but also a peaceful flight to and from holiday travels.