There are plenty of villages in Crete. Just look at the map of the island to find out about it. Some of them are ordinary, unremarkable places. Some are traditional while others are more contemporary. The smaller ones, full of narrow streets and nooks and crannies, and the larger ones, where the buildings are more modern. However, there are several places in the Rethymno area that are worth paying special attention to. Therefore, the next part of the guide to interesting places in Rethymno Prefecture is devoted to villages that stand out with something special. Our list, as usual, is subjective and does not exhaust the topic, but we leave room for your own discoveries. 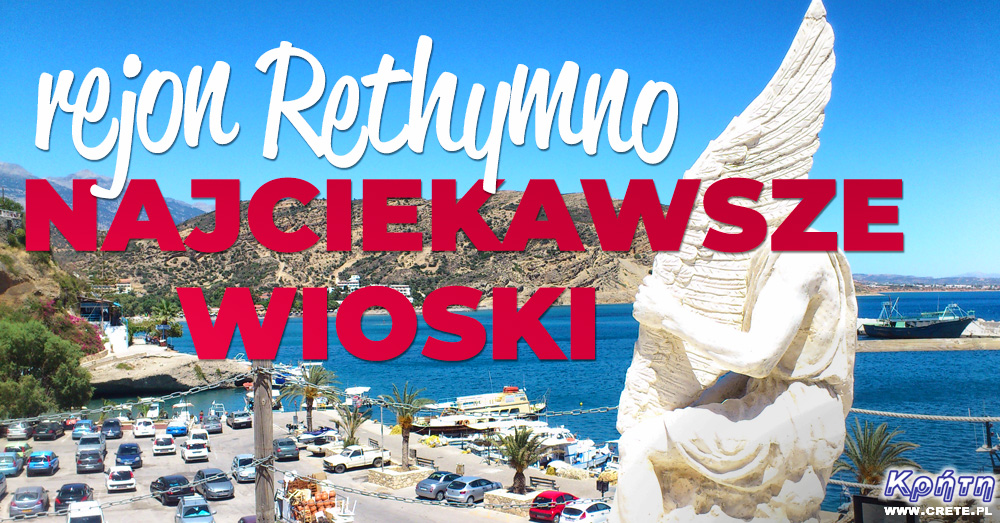 Traditionally, we put the described places on the google map. This will make it easier for you to find them.

You won't find much information about Argiropoula in popular travel guides, and some of them don't mention it at all. It is a pity because the modern settlement known as Argyroupolis was built on the site of the ancient city of Lappa. And what makes this village extraordinary is this antiquity that accompanies the present day at every step. The buildings of the village create a kind of mosaic, in which the present-day buildings are mixed with the ancient remains of the old city, which were excavated from the ruins by modern residents. You will find here not only Venetian villas standing next to more modern houses. They are also small architectural elements dating back to centuries, today having decorative and sometimes useful functions. Behind the village there is also an interesting place: small waterfalls, among which taverns are located. 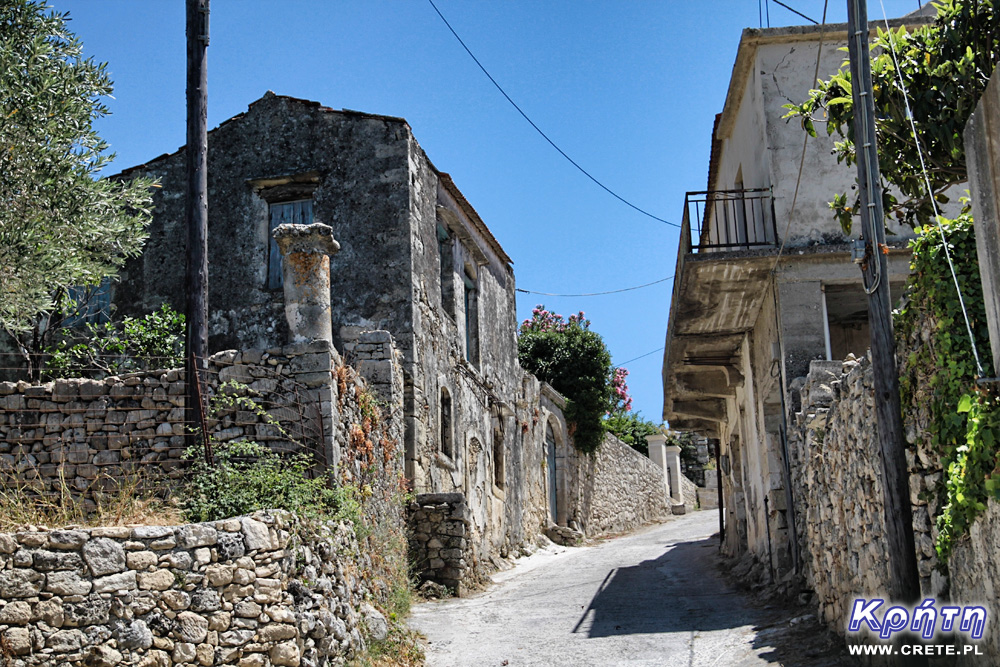 Dozens of craft workshops located in this small mountain village make Margarites one of the four main centers where traditional Cretan ceramics are produced. It is worth coming here when you are looking for this type of souvenirs. Besides, it is a picturesque village full of authentic Greek atmosphere, so it is worth taking a walk along the main street, which is simply flooded with local potters' products. We are convinced that no one will leave here empty-handed. 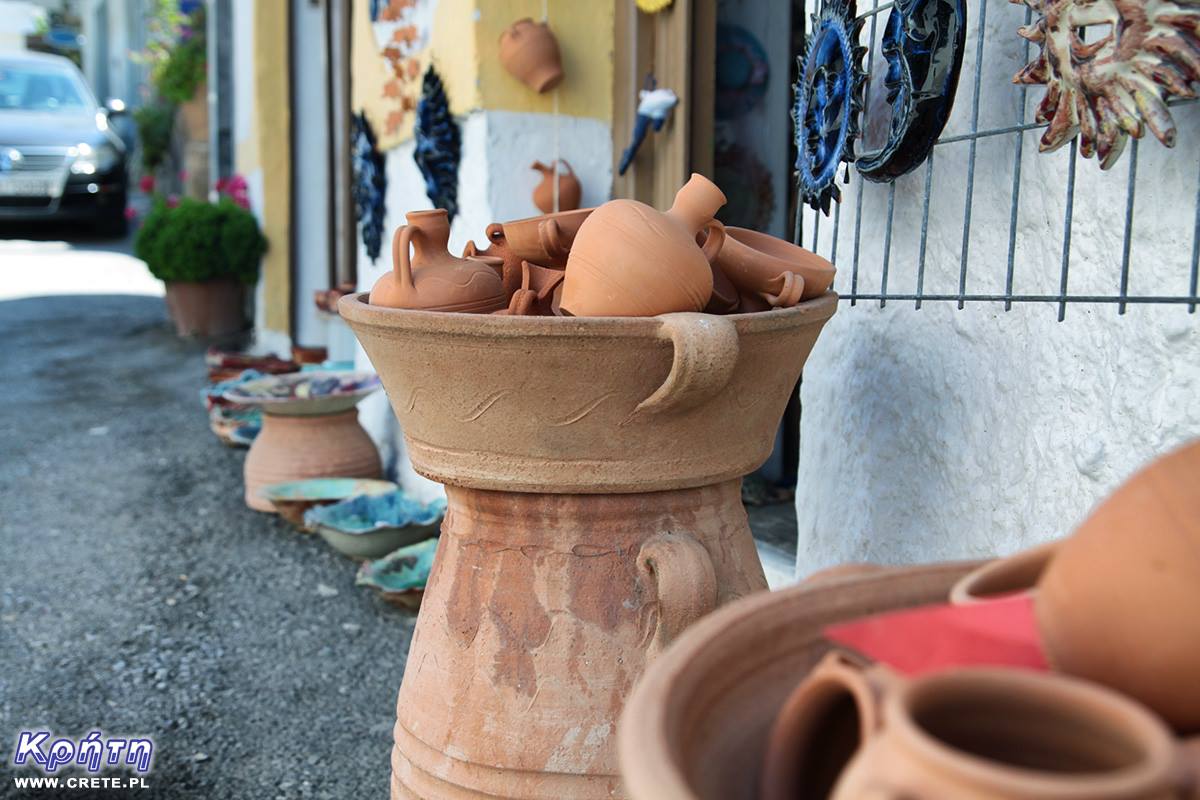 Mili is one of the few Cretan ghost villages, abandoned by its inhabitants. In Mila's case, the last of them moved out in 1972. The reason for leaving the village were numerous landslides that threatened its safety. Currently, a few houses have been renovated to meet the needs of visiting tourists. A walk between abandoned buildings, which nature is slowly taking, is quite an unusual experience. For people with vivid imaginations, comparisons with horror movies will certainly come to mind. 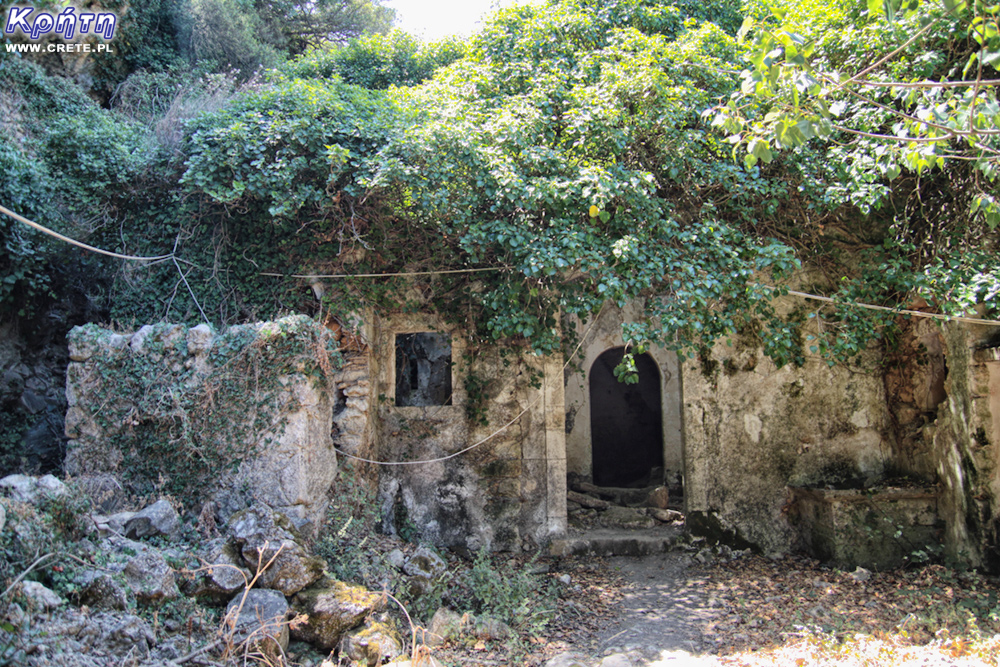 Agia Galini - the village of Daedalus and Icarus

Although Agia Galini is now a bustling tourist town, it is one of the villages worth visiting. The beautiful amphitheater arrangement of white buildings creates a view unparalleled in Crete. It is also a town closely related to history, as it was built on the site of the Minoan city of Sulia. It was here that the mythical Daedalus and Icarus were to hide from their escape from Crete. Their refuge was one of the caves in which the famous wings invented by Daedalus were to be built. 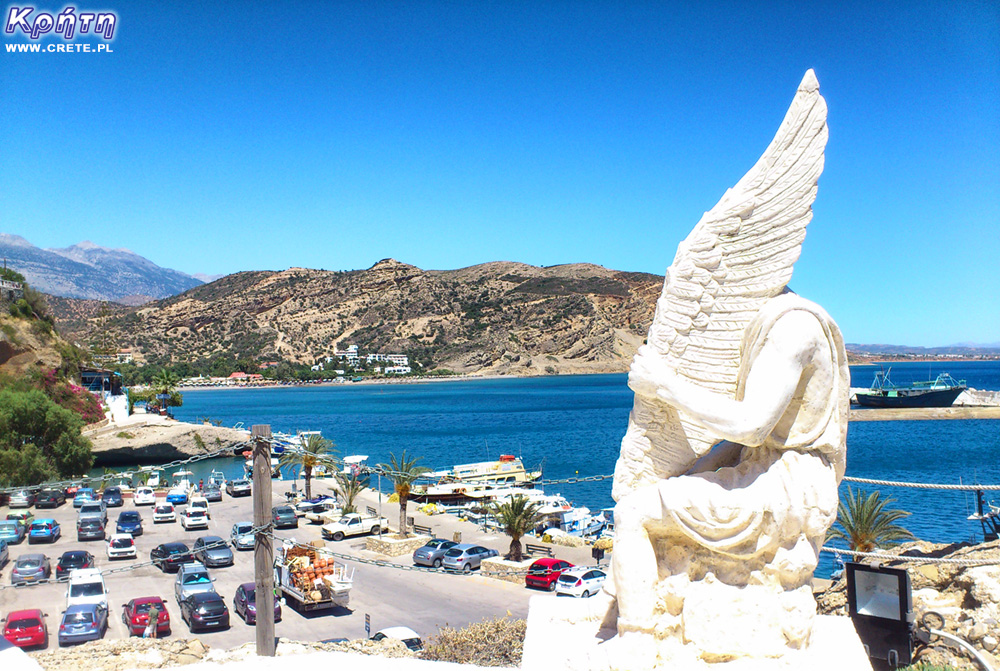 Spili is one of the many mountain towns located in this area of Crete. However, what distinguishes it from other villages is the characteristic Venetian fountain consisting of 25 lion heads. Each of them gushes perfectly clean and very cold mountain water. It should therefore not be surprising that in the peak of the holiday season, tourists who are tired of the sun and high temperatures, eagerly stop here looking for refreshment. Around the main square and along the streets there are not only a large number of various shops with local products, but also taverns. Being in this part of the island, a visit to Spili can be considered one of the iron points of the program. Here is also an excellent Maravel store selling herbs, soaps and other local products. 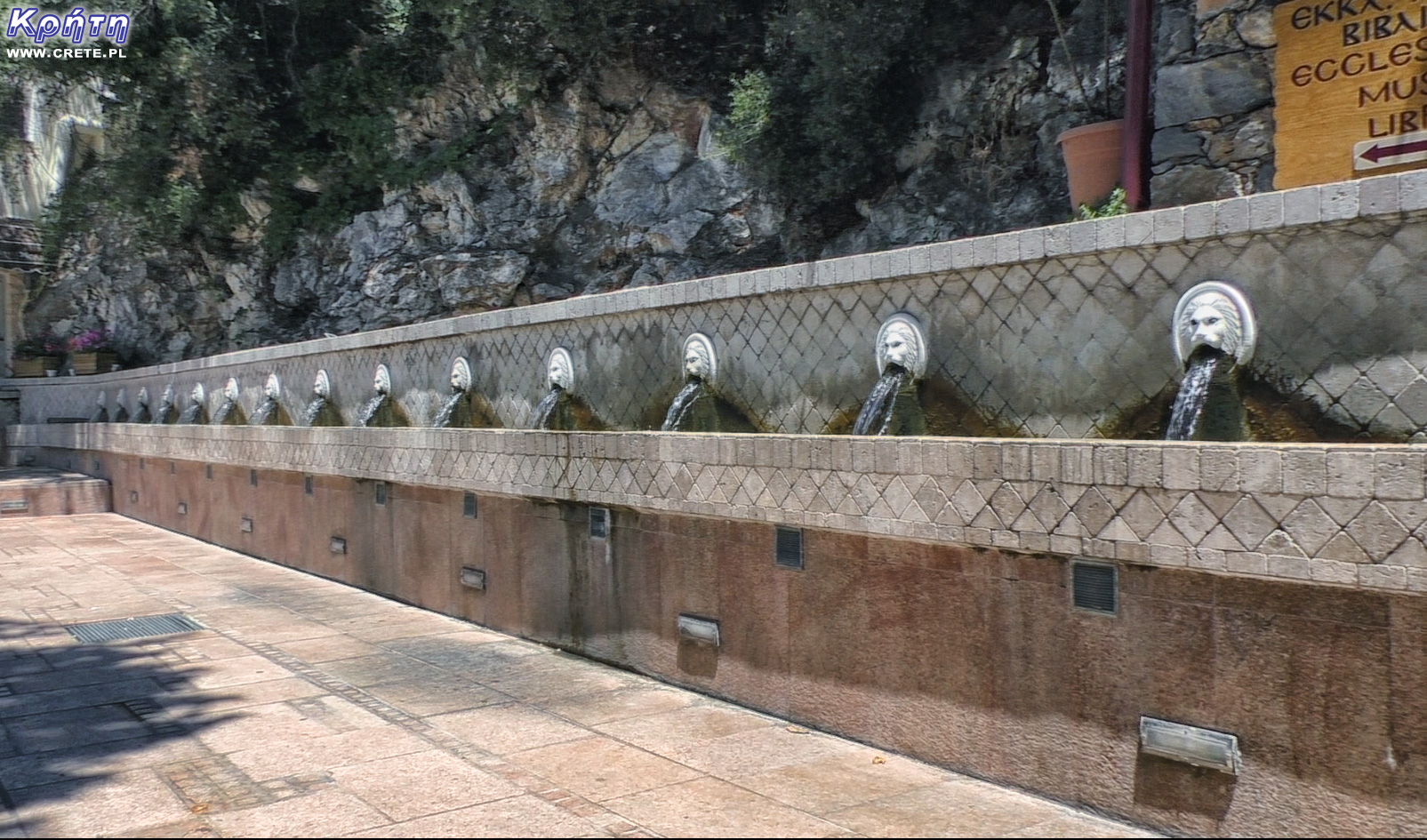 Anogia - a village with traditions

Anogia is one of the most traditional villages in Crete. The close vicinity of the mountains and the mythical Ida cave determined the nature of the village's activities and the daily activities of its inhabitants. Here you can easily meet Cretans dressed in traditional clothes, and local women are talented weavers who create traditional Cretan fabrics. The area of Anogia was an important place already in antiquity, and also played a significant role during the independence uprisings during Turkish rule. Famous revolutionaries who took part in the fight for the freedom of Crete were born here. The Second World War also did not leave Anogia without a trace. The villagers paid the highest price for their involvement in the kidnapping of a German general. To this day, the villagers are tough, boisterous people who can even tell the police their rules.

Zoniana - a mountain village at the foot of Psiloritis

Zoniana is a close neighbor of Anogi, so both villages have a similar traditional and real character. Both Zoniana, Anogia, Axos and many other similar villages are located in the Psiloritis Natural Park area entered on the UNESCO list. It is a very specific area concentrated around the Psiloritis massif. The purpose of the park is to preserve the natural and cultural heritage of the Psiloritis area. EDAC B in the area worth a visit if only one of these villages, certainly immediately notice the difference compared to the tourist village of the northern coast. When passing through Zonona, it is also worth going to the nearby Sfendoni cave. The E4 route also runs near Zoniana, and there is also the interesting Zoniana gorge. 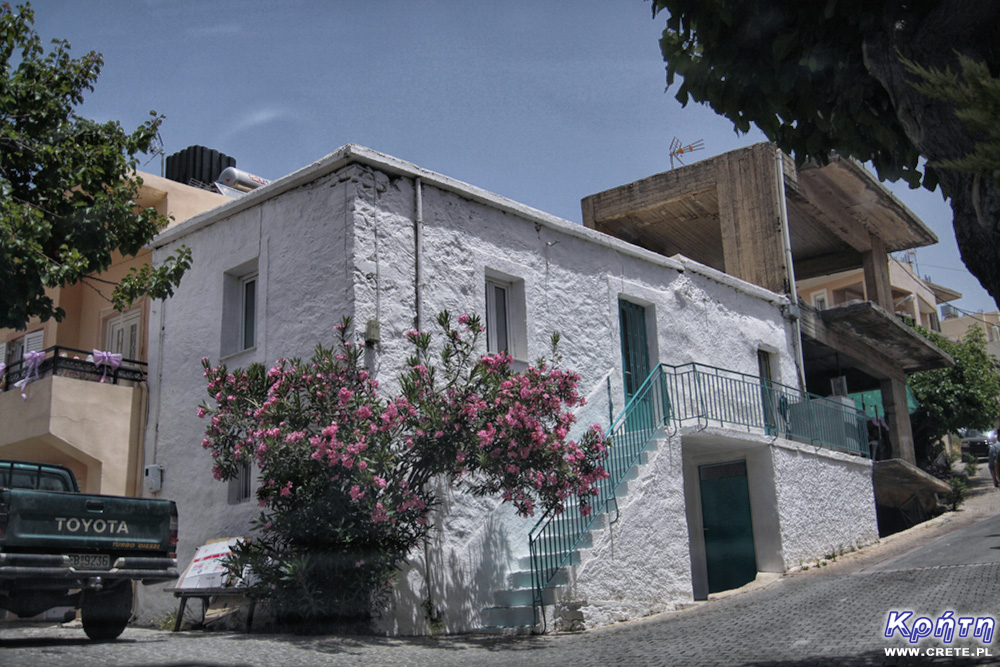 Axos - a village with Minoan roots

This is another mountain village located within the Psiloritis Natural Park . Its history dates back to antiquity because nearby was the ancient Axos, which was then one of the most important cities of Crete. The first excavations that were carried out here revealed a sanctuary dedicated to Aphrodite. Later, fragments of a Hellenic settlement and Greco-Roman tombs were found. You can see them at the nearby archaeological site south of the village. On one of the main streets there is also a small and very interesting Byzantine church of Agios Irene from the 14th century. Nowadays, the village is associated with the Museum of Wooden Figures, which exhibits over 100 sculptures made of local wood. 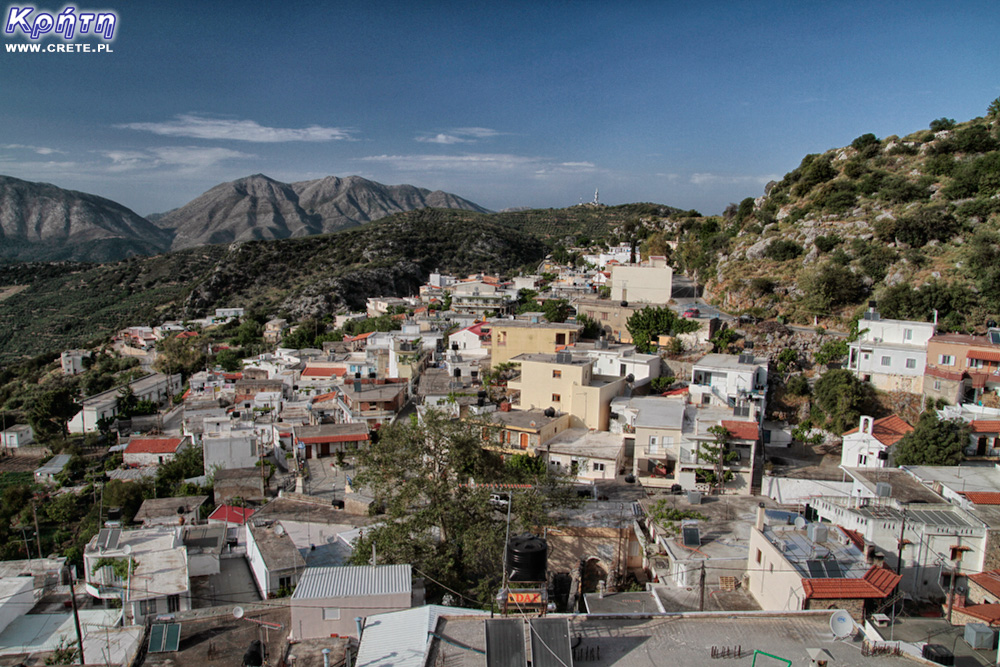 Selia is a mountain village overlooking the tourist town of Plakias. Decades ago, Selia was bigger and more significant than Plakias. However, the increasing tourist traffic meant that some of the inhabitants of Selia and the neighboring Mirthios built their hotels and taverns in Plakias. You can walk from Plakias, but the shorter road that leads here is very steep. This must be taken into account, especially on hot days. In Selia you will find old Cretan houses, a pleasant atmosphere and very narrow streets that can only be entered by a scooter or a donkey. 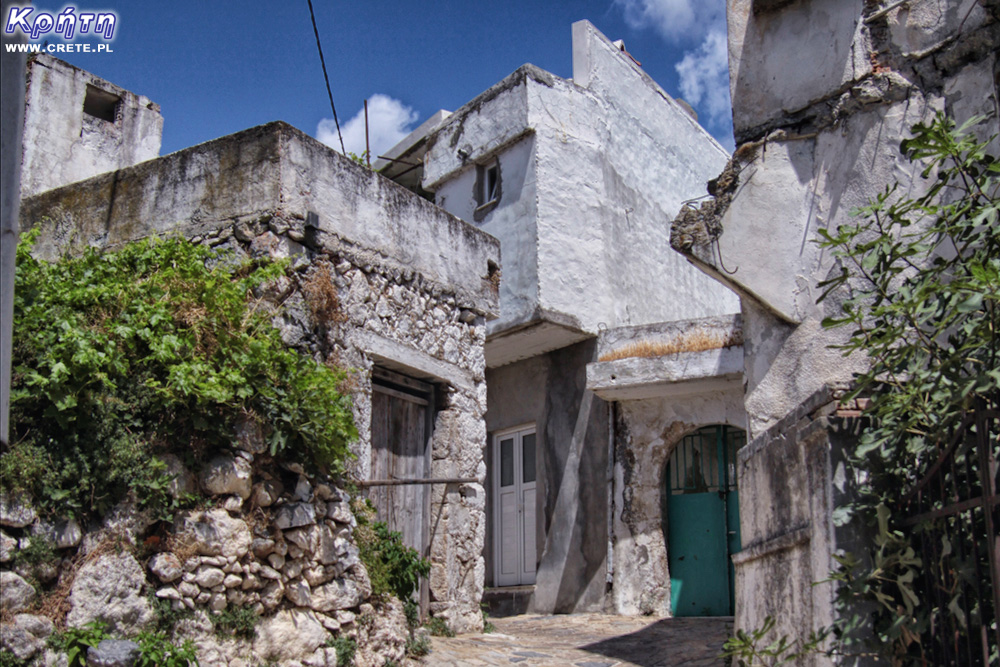 From the Rethymno area, we have also described places connected with history: 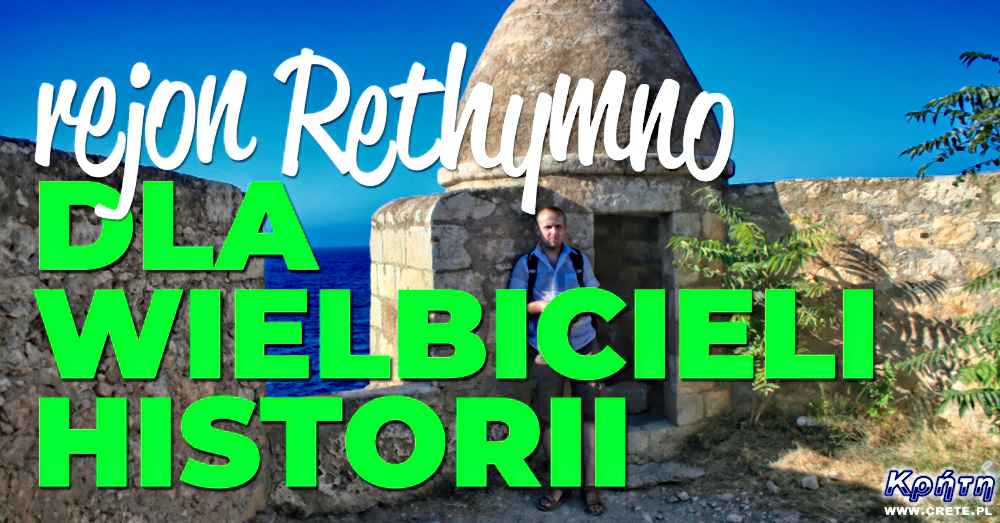