A good result of Crete before the end of the season

Everything indicates that Crete is already in the forefront of places when it comes to the number of tourists who came to Greece this year. The number of bookings on the island so far achieved exceeds the most optimistic estimates made before the season. 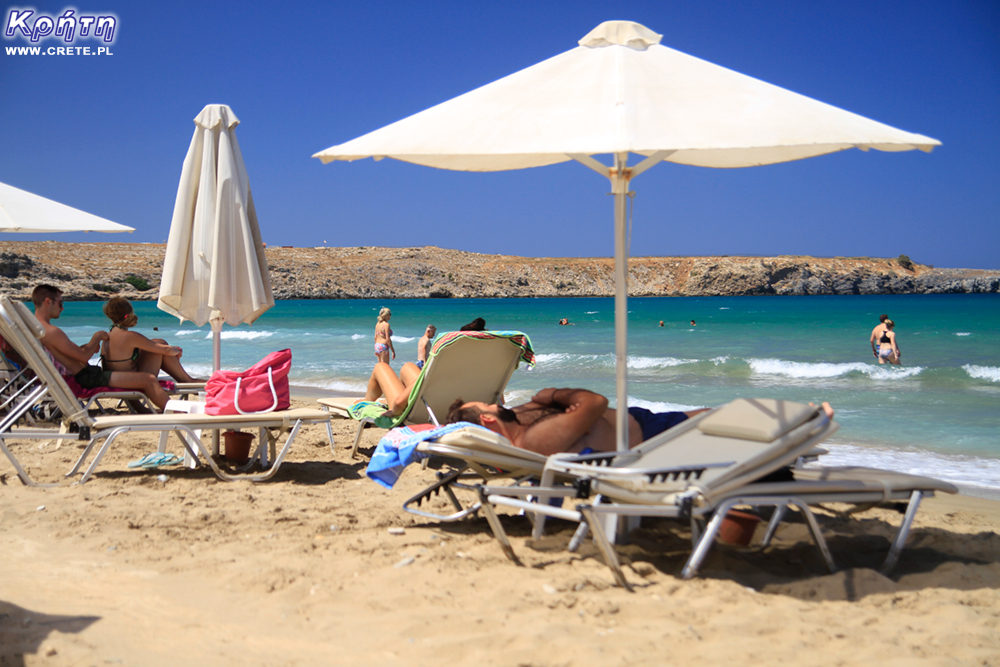 The latest data from the airports in Heraklion and Chania shows that so far 2.08 million visitors have been recorded in Crete. 1,722,949 foreign visitors came to Heraklion airport and 365,124 foreign visitors to Chania airport. This means that Crete has already exceeded its assumptions . Pre-season forecasts were that this season would be successful if we managed to exceed 50% of the total number of visitors in 2019. It was the last pre-pandemic season, considered exceptionally good, and is a benchmark for talking about the numbers and judging the season.

Now everyone has reason to expect an even better result. Even though the holidays ended almost a month ago, the tourist season in Crete is still on. The ending September was extremely successful for Cretan entrepreneurs from the tourism industry, and October promises to be just as good.

According to Manolis Tsakalakis, president of the Rethymno Hoteliers Association, in the tourism industry in May and June, nobody expected what had happened since mid-July. The season in Greece officially started in mid-May and then the first tourists started arriving. However, the first 1.5 months were not very successful. However, from July 15, there was a strong increase in bookings, which unfortunately revealed another problem. As it turns out, the Cretan tourism business has experienced a strong outflow of employees in the hotel industry. The job insecurity that characterizes this sector today has led to an industry-wide shift of some 130,000 existing hotel employees across Greece. At a time when the tourist season took off for good, many hotels were very short of staff. The insufficient number of staff can certainly be confirmed by guests who noticed closed parts of hotels or the unavailability of some attractions.

The data show that in August, the hotel occupancy rate was 90-95% compared to the "normal" season. In boarding houses and other lodgings, the picture of booking places was similar. As for September, the average occupancy rate for hotels in the Rethymno area is 80%.

An additional noticeable change was the extension of the average stay in Crete from 7 to 10 days. Importantly, this year also saw an increase in average spending per visitor by as much as 20%.

Additionally, the growing importance of individual tourism was also noticed. Guests chose not only hotels in the north of Crete, but also in the south of the island, which was noticeable to the "naked eye". This year, many people have chosen a self-made vacation formula, instead of buying a ready-made travel package at a travel agency. We are very curious whether this trend will continue also next year, because domestic tourism is also responsible for this growth.

Many continental Greeks have chosen one of the islands in their own country this year, instead of going abroad on holiday. Until now, quite sleepy towns in the south of Crete experienced a real siege of tourists from other regions of Greece. The reason for this change in preferences was, inter alia, a strong limitation of the availability of competing destinations in the Mediterranean region on the African continent. Thus, tourist offices promoted Crete among their clients.

The president of the Association of Hotel Owners in Heraklion, Nikos Chalkiadakis, emphasizes that in August the largest group of tourists came from Germany. In 2021, more tourists came to Crete from this country than in 2019. However, it must be emphasized that many more of our countrymen went to Crete than in the last year before the pandemic. The 39% increase may come as a big surprise to many people. Also, ordinary Cretans themselves noticed that there were an exceptionally large number of tourists from Poland this year. As for the rest of the world, more tourists in Crete came from Austria (+ 19%), the Netherlands (8.44%) and Ukraine (136%).

However, it should also be noted that some of the guests who have visited Crete so far have "failed". The United Kingdom, which has so far been the second largest market in Crete in terms of the number of tourists coming here on vacation, has disappointed strongly this year. In 2019, as many as 3.5 million British people spent their holidays in Crete. However, in 2021, tourist traffic from this country decreased by as much as 46%. This was due to the fact that Crete was entered on the list of places at risk of coronavirus at the beginning of the season. This was tantamount to Britain quarantining its citizens returning from holidays in Crete. This resulted in many bookings being canceled in late June / early July.

Also in terms of the number of guests from Russia, a decrease by as much as 73% was recorded. Here, in turn, the reason was the very strict entry requirements that Greece kept for a long time towards the Russians. Limited tourist traffic also applies to guests from Scandinavia, who until now were a very large group willingly relaxing in Crete. Unfortunately, those tourist destinations that have so far relied on tourists from these specific countries report a reduced number of bookings this season.

The season is still going on

Industry experts have high hopes for the coming two months. The forecasts for October are very optimistic. In addition, there are many indications that this year the season will be extended at least until mid-November. Some German airlines are scheduled to fly to Crete in November, and most hotels are announcing that they will remain open as long as bookings are profitable.