Another victim of the heat on the trail in Crete

Yesterday we wrote about the closure of part of the E4 hiking trail as well as forest areas and national parks in the Chania Prefecture. This decision was made yesterday due to the very high temperatures that have prevailed over the past few days across Greece. And as it turns out, this decision is very much needed, which is unfortunately confirmed by another tragedy that happened yesterday on one of the Cretan routes. 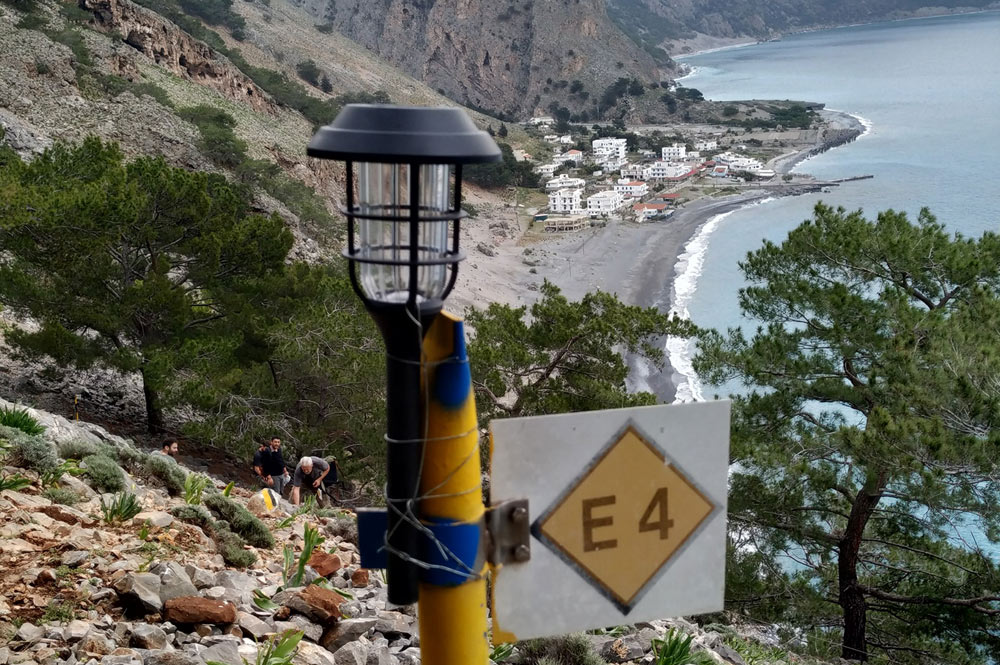 Last Monday, in one of the most difficult parts of the E4 route between Sougia and Agia Roumeli, two tourists passing by noticed the body of an old man. A 60-year-old tourist from Great Britain died on the trail, most likely from exhaustion and heat. As established, he was on vacation in the town of Paleochora. For several hours, the services conducted an action aimed at transporting the body of the deceased. The operation took so long because it was in a difficult area. Nobody reported the disappearance of the man, but it is estimated that he died 1-2 days earlier. The section will provide a more detailed explanation.

This year it is the second tragic death on the Cretan route. Just a month ago, we wrote about Violet Gigano , who also died of heat and exhaustion on the E4 trail during the previous heatwave.

Another incident, which fortunately did not end in a tragedy, also happened yesterday in the Chania Prefecture area. A 33-year-old tourist from Romania, who went on the trail between Falasarna and Balos, began to weaken from the heat. However, he managed to alert the emergency services, which found him in time.

The temperatures in Crete each day exceed 40 degrees. For example, today Paleochora has more than 44 degrees of shade. The night will not bring any relief either, today in the same town at night 34 degrees are expected. These are not the conditions for walking along the trails of Crete, especially for lonely trips to areas where there is a problem with cell phone coverage and there is no access to drinking water. Postpone your trekking plans for later.