Tragedy on the E4 route

The story we are going to describe today awakens our emotions. Unfortunately, it is also a confirmation that when going to Cretan routes in the summer you have to be well prepared. We were wondering if we wanted to publish it, but we decided that due to the ongoing season, it is worth informing about such events and keeping them in mind.

Last Tuesday, June 29, Cretan services were alerted by the family of a 29-year-old French woman, Violet Gigano, who was on vacation on an island in the Chania area. The woman's family was very concerned because Violet, traveling from place to place, had not contacted them since June 24. The last trace of her activity was a photo taken on Elafonisi beach and published on social media on June 24. As the woman's family said, she liked hiking and it was not the first trail she took. As it was established, the missing woman had rented accommodation in Paleochora, from where she had come to the region of Krios. It was also discovered that she had rented another headquarters in the Sfakia area, but never appeared there.

The services immediately launched a search action. The car that the missing woman had rented was quickly found. It was left near Krios in the south of Crete, through which the popular tourist route E4 runs. It was quickly established that Violet Gigano most likely walked from Krios to Elafonissi Beach, and then headed back to Krios. 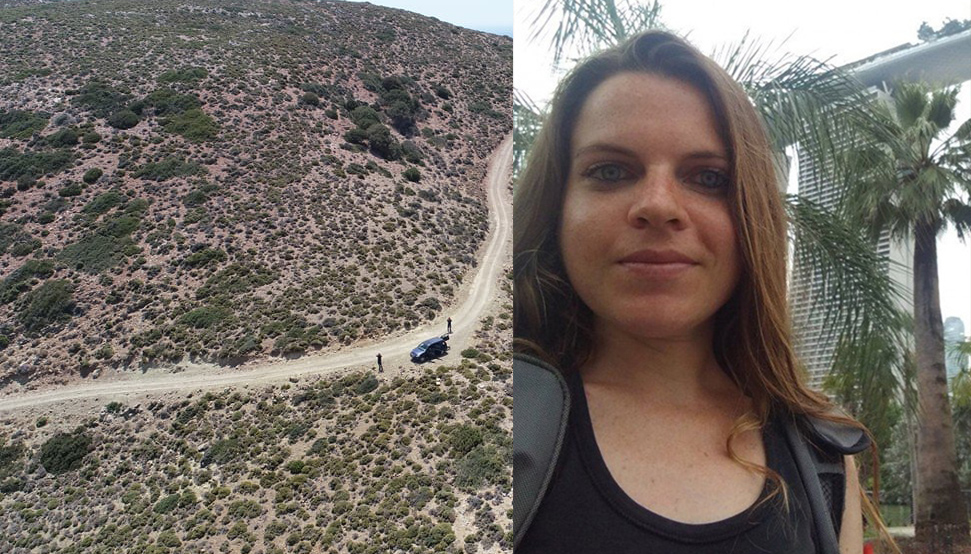 The search began on Wednesday morning in the area of the E4 route between Elafonisi and Krios. Due to the large area, drones and a helicopter were used, the Paleochora coast guard and volunteers were also involved. Initially, the focus was on the E4 route, but when no traces of the missing girl were found, the search was extended to the cedar forest near Kedrodasos. As the head of the search group said, the team of people searched every place Violet might have gone through.

It must be remembered that in recent days in Crete very high temperatures prevail, which make hiking significantly difficult. The 38-degree heat also did not facilitate the search operation.

Unfortunately, we cannot write about a good ending to this story. On Thursday, about 500 meters from the main E4 route, a missing body was found. Most likely she wandered off the path in search of a shadow, but before she could find such a spot, she suffered a heat stroke and passed out. The hypothesis that perhaps due to heat and dehydration has simply lost its orientation in the field is also under consideration. The original theory was that the weakened girl tripped and fell. However, after the initial examination of the body, no signs of the fall or the participation of third parties were found. Final determination of the cause of death will be possible after performing the autopsy. *** Empty water bottles were found next to the woman, which makes it probable that she suffered from extreme dehydration on the way back. In addition, as it was established, the woman was wearing black clothes, which are not a good choice for hot days. The most tragic thing is that the woman was only 10 minutes away from her car.

Life has written another tragic story. Unfortunately, it happened on one of the easier parts of the E4 trail. However, the prevailing heat turned out to be more difficult than the terrain. Even in the cooler summer temperatures in Crete, hiking the trails is exhausting, the sun can drain all your strength quickly, especially when you do not have enough drinks with you. It is easy to overestimate your potential in the Cretan mountains. As one of the rescuers participating in the action wrote: The mountains of Crete ask for respect. They are wild, deceptive and cleverly hide their traps.

Additionally, it should be remembered that most of the Cretan routes are not as crowded as the popular Samaria. In some places other people are rarely met, and you have to remember that there are now much less tourists on the island, so fewer people walk the trails as well. Additionally, Violet left the path, so there was no chance that someone had found her in time. As people who also walk on the Cretan bumps, we feel great sadness.

*** [edit] Today the results of the section were given, which confirmed the preliminary assumptions. The woman died as a result of dehydration and exhaustion.