Today, the Greek Civil Aviation Authority published an update to the rules for travel to Greece, which will apply until March 8. So below you will find the current regulations, as well as some information about the situation in Crete and the issue of the famous proposal of the Greek prime minister. 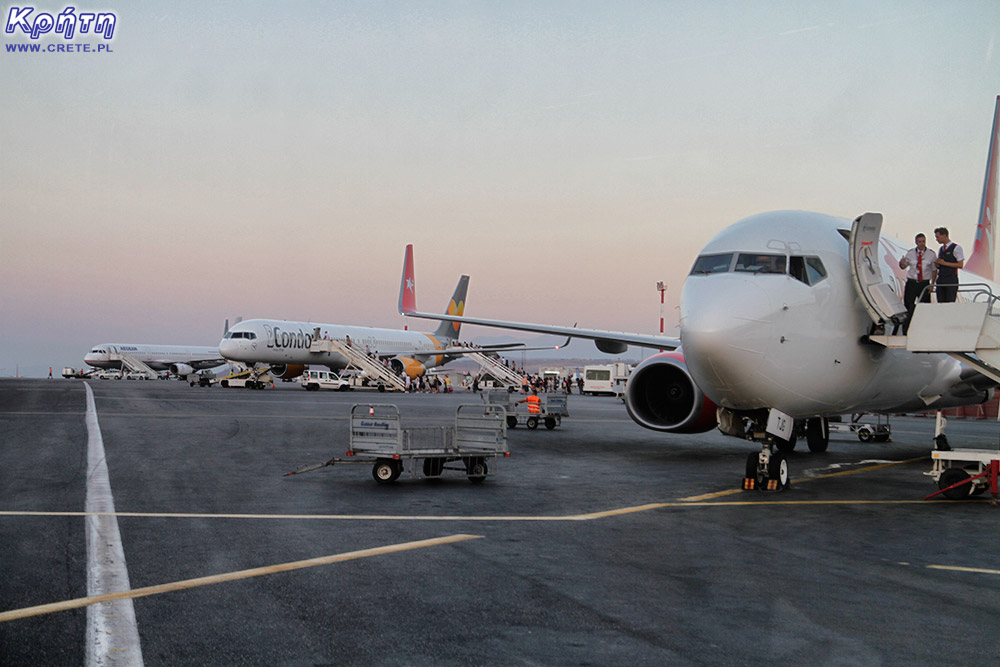 So far, there will still be a 7-day quarantine for all passengers arriving in Greece from any foreign country. This means the necessity to self-isolate in your home (in the case of permanent residents) or in a place of temporary stay declared in the PLF form for a period of 7 days.

Greece admits non-EU citizens, but only some

However, although this ban has been lifted, certain restrictions apply to nationals. In the case of Russia, only 500 of its citizens can enter Greece a week. However, planes from Russia only land at three airports: Athens, Thessaloniki and Heraklion.

All UK travelers must have a PCR test performed after the seventh day of quarantine in Greece. If the test is positive, the quarantine is extended to 14 days.

Flights between Turkey and Greece are still suspended and the HCAA has extended the travel ban between these countries.

There is still a travel restriction on domestic flights, i.e. between Greek prefectures. This restriction means that you are allowed to move only when necessary.

All travelers to Greece are still required to complete a PLF form and submit a negative PCR test result up to 72 hours prior to arrival in Greece. Despite the fulfillment of these requirements, upon arrival in Greece, it should be taken into account that the traveler may be selected for an additional quick test.

Of course, as we wrote earlier, the above rules are valid until March 8 . Therefore, around this date, another update of the regulations can be expected.

In the previous news on vascular-related issues, we informed that due to the increasing number of infections, the Rethymno Prefecture "jumped" into the red restriction zone. The commune of Heraklion joined the group of red districts yesterday, where additional stricter measures are expected to apply until March 1. This includes, but is not limited to, no movement between 6 p.m. and 5 a.m., distance learning, restrictions on the number of people in places of worship, and restrictions on trade and services. Of course, masks still apply, activity bans for gastronomy, and travel restrictions between prefectures. Regular checks are carried out and those who break the bans receive strict fines. One example is a € 5,000 fine for a coffee shop owner in the municipality of Phaistos who opened his business last week and served coffee to customers :(

The information provided by the Greek Minister of Tourism, whose statements we have often mentioned recently on our website, give some idea of what travel rules will apply during the upcoming holiday season. Last Tuesday, Theoharis said that Greece this year will be open to all visitors with a vaccination certificate or negative molecular test result. Seeking to put an end to rumors that the Covid-19 vaccination will be the sole condition for entry to Greece, the minister said no hotel in the country would refuse a guest who had not been vaccinated. However, "a necessary condition to travel to our country (and stay) will be a negative molecular test or vaccination certificate". It should be noted that Greece has not yet set a date when the vaccination certificates will be accepted for entry. In addition, in an interview with local media, Minister Theoharis expressed his optimism about tourism. He also said he expected 2021 to be better than 2020 for Greece and estimated travel could pick up pace after Easter.

Mitsotakis' proposal will be discussed again

However, the fact that vaccination certificates are gaining more and more supporters among EU politicians can be proved by what the President of the European Commission recently said. Ursula von der Leyen not only expressed her support for the Greek Prime Minister's proposal for harmonized travel rules and an EU-wide vaccination passport . She also added that the EC would come back to discuss the Mitsotakis proposal as vaccinations in the EU proceed at a faster pace. Let us just remind you that at the end of January, Mitsotakis's proposal was ignored during the EC's deliberations.

The fact that the Greeks themselves take this idea very seriously is proved by the fact that those people of Greece who have already received both doses of vaccination may request a digital certificate.

Finally, it is also worth adding that the Greek National Tourism Organization has updated its website greecehealthfirst.gr , which was launched in July 2020. This site aims to provide international travelers with all the information they need about the health protocols implemented in Greece. Its content is now available in six languages, unfortunately without Polish. In addition to updated information on national health protocols, this site also provides information on travel restrictions to / from Greece. It is worth remembering this address for future reference.