The echoes of the tragedy that happened last weekend in Agia Fotia in the south of Crete still remain. After a rock broke away from the mountainside, destroying part of the guesthouse and killing the tourism there, experts in Greece warn of dangerous landslides found in many touristic areas of the country.

This time, exceptionally not Crete, but Myrtos beach in Kefalonia, classified as one of the dangerous beaches.
(Photo licensed under Creative Commons Attribution 2.0 Generic license )

Some of the most famous Greek beaches are on the list of places at risk of rock landslides. Kokkini Paralia, the famous red beach in Santorini, Myrtos in Kefalonia, Porto Katsiki and Egremni in Lefkada, or Lalaria in Skiathos are just some of them. It is also worth recalling that less than two months ago on the island of Zakynthos in the popular Shipwreck Bay, after an earthquake with a strength of 5.4 degrees, a fragment of the cliff once again collapsed. After this incident, despite the fact that this time there were no injured people, both the beach and the viewpoint were temporarily closed. In the case of this place, it must be remembered that this is probably the third major landslide that has occurred in the last few years.

The above list is only a part of the dangerous places. The northern beaches of Kalymnos, Agia Anna in the northern part of the island of Evia, and many beaches of the southern coast of Crete are also at risk of landslides. We will also remind you that in 2015 in Crete, on the famous Glyka Nera beach, there was a similar rock slide, which killed a tourist sunbathing too close to a cliff.

Unfortunately, but when relaxing in beautiful places during a holiday, rarely anyone thinks about the dangers, so these are not exceptions of holiday carelessness. We have seen many times ourselves, and you probably also have seen tourists sunbathe under the cliffs in many places in Greece. 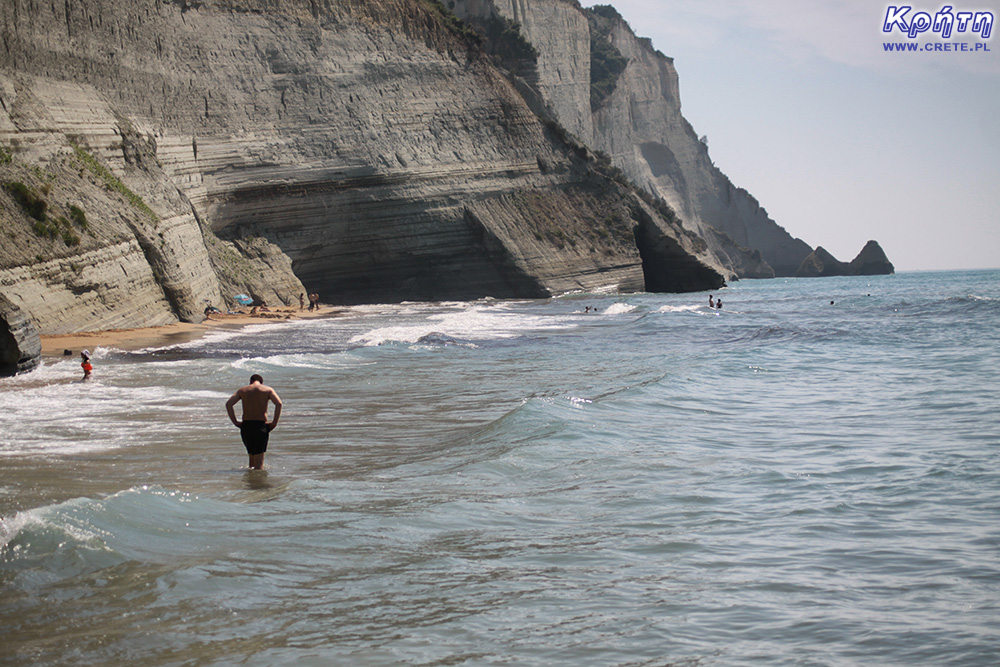 Efthymis Lekkas, professor of geology and disaster management specialist, whose words are often referred to recently, emphasizes that the unique Greek landscape owes its existence to a series of catastrophic phenomena. Beautiful beaches, gorges, mountains, capes, that is everything that makes Greece unique and looks so fabulous in vacation photos, was shaped by earthquakes, volcanic eruptions, intense soil erosion and uplift of the coastline. These are natural phenomena that have been happening here for millions of years and will continue to evolve. For example, the landscape of Crete itself, after one of the earthquakes, changed due to the uplift of the western part of the island and partial flooding of its eastern fragments. You can see the traces of this event during a cruise to Balos, watching the ruins of ancient Falassarna or the sunken city of Olous. It is also worth remembering that ancient civilizations also owed their glory to the most common natural disasters.

A holiday with a thrill?

Currently, the biggest problem is that the places most at risk of disasters are also the most popular tourist destinations. Due to the pressure exerted by tourist traffic, large numbers of people gather in these places, and houses and guesthouses are placed where they should not be. This makes many key areas of Greece unsafe for visiting visitors.

A good example is the case of the last landslide in Agia Fotia in Crete, where a dilapidated guesthouse was built in a dangerous place at a time when there were no appropriate development plans or appropriate regulations. And this is still only one piece of the larger puzzle that creates this problem.

It is worth mentioning, for example, the flash flood that only a few weeks ago severely flooded several towns in Crete, including the famous Agia Pelagia. In this case, the more recent misconstructions, which closed the outflow of the river bed to the sea, contributed to the aggravation of the flash flood.

Lekkas estimates that 70% of the living space in northern and southern Crete was created without an appropriate zoning plan, often under extreme pressure and with an insufficiently effective institutional framework. On this occasion, Professor Lekkas also mentions this year's attempt to start the construction of a hotel complex on the Paligremnos rock in Plakias, which is the site of an active tectonic fault. Despite the objections of many competent people and the local community to erect the building at this point, a building permit was issued, and a part of the cliff was simply run over and destroyed during a few days of work. Although the construction of the hotel juggernaut was temporarily suspended, this topic will surely come back again, because there is a huge amount of money at stake. 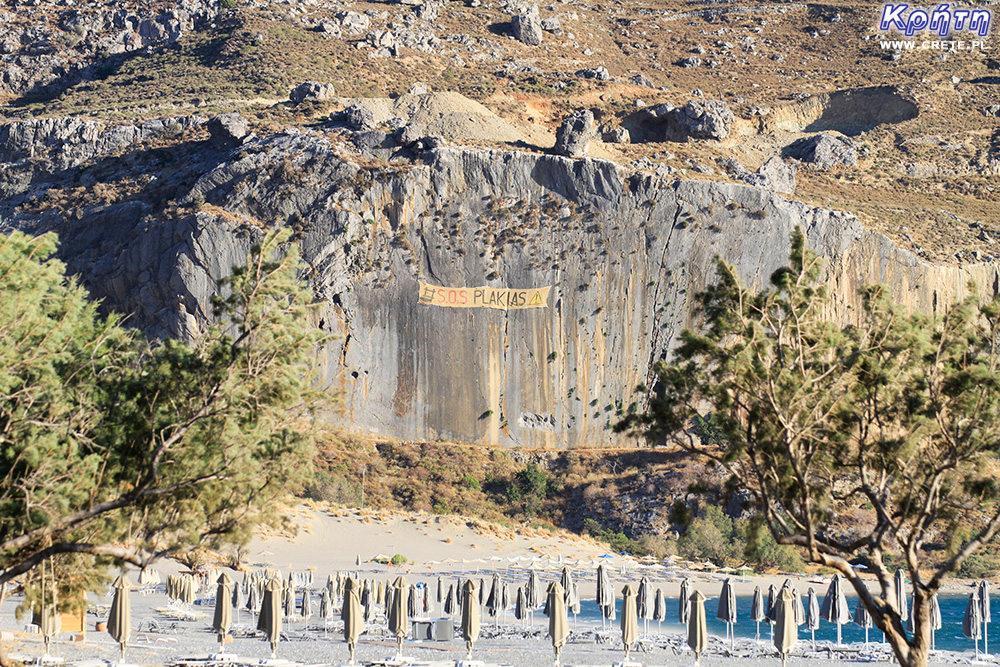 According to information from the Greek Ministry of Tourism, a pilot project is to be implemented as early as next season, which will provide for an ongoing risk assessment of rock landslides on the most representative beaches of Greece. In the event of an emergency, this will allow for the rapid implementation of protective measures. However, Lekkas emphasizes that the beaches must not be overcrowded for the program to work. Therefore, at least some of the endangered beaches will have to limit the maximum number of visitors.

Similar measures have already been implemented, for example, in the Shipwreck Bay in Zakhyntos. The beach has been divided into risk classification zones and thus the permissible number of visitors has been determined. These restrictions, although they probably will not be appreciated by tourists, allow for a quick evacuation of people in an emergency.