Who is visiting Western Crete?

We are still at least a few weeks away from the end of this year's tourist season. However, the first rankings and summaries are already appearing, showing what this season was like. Interesting conclusions are presented in a report published after research conducted by the Mediterranean Agronomic Institute of Chani in cooperation with various educational institutions. These studies were carried out for the region of West Crete, and their aim was to determine the profile of the average tourist who came to this part of the island for holidays this year. 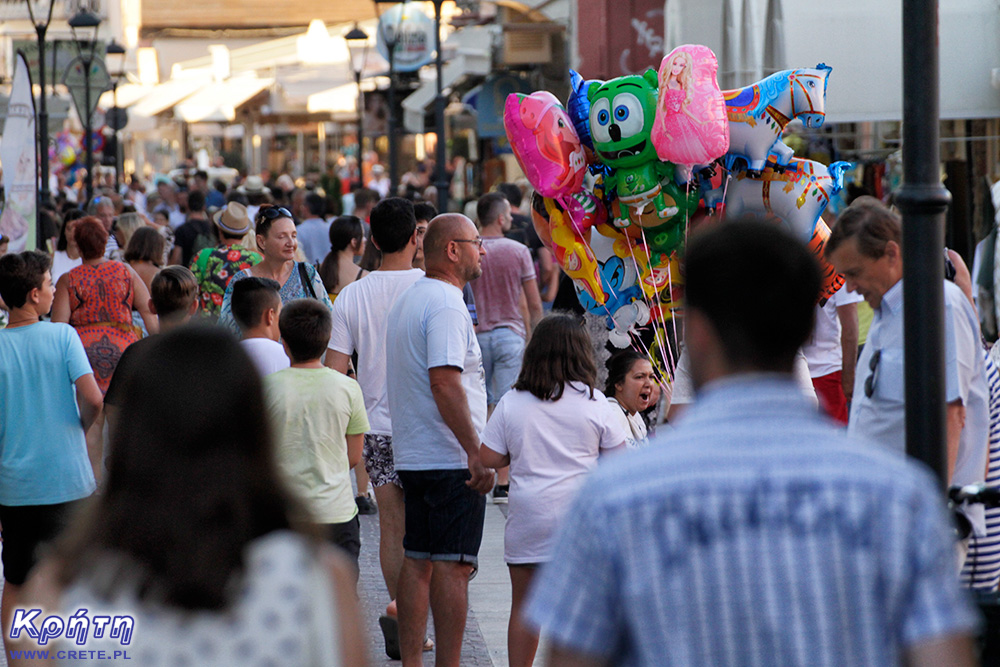 It is already known that the tourist traffic on the island is higher than in 2019. We recently wrote that in the first seven months of this year, the number of arrivals at both Crete airports was higher than 2019, i.e. in the last pre-pandemic year.

Compared to a similar research conducted in previous years, in 2022 the percentage of tourists who visited West Crete for the first time increased. This year, more than half of all guests who came to this part of the island were here for the first time.

... and with a thicker wallet

A significant difference in terms of the tourist profile concerns the average income level of this year's visitors. This year, the average income of statistical visitors was in the range of EUR 70,000-80,000, while in 2019 the average income of the average tourist was estimated to be between EUR 45,000 and 60,000. This increase is due to the fact that this year more visitors from Great Britain and Germany are coming to West Crete. There has also been a particular increase in tourists from the US, Canada and Australia, those countries with high-income citizens. Thanks to the more affluent wallets of visitors in the region of West Crete, there was also an increase in the average expenditure of visitors. According to the collected data, the holiday budgets of tourists vacationing in this region were higher by 10-15% compared to the average expenditure recorded in 2019. 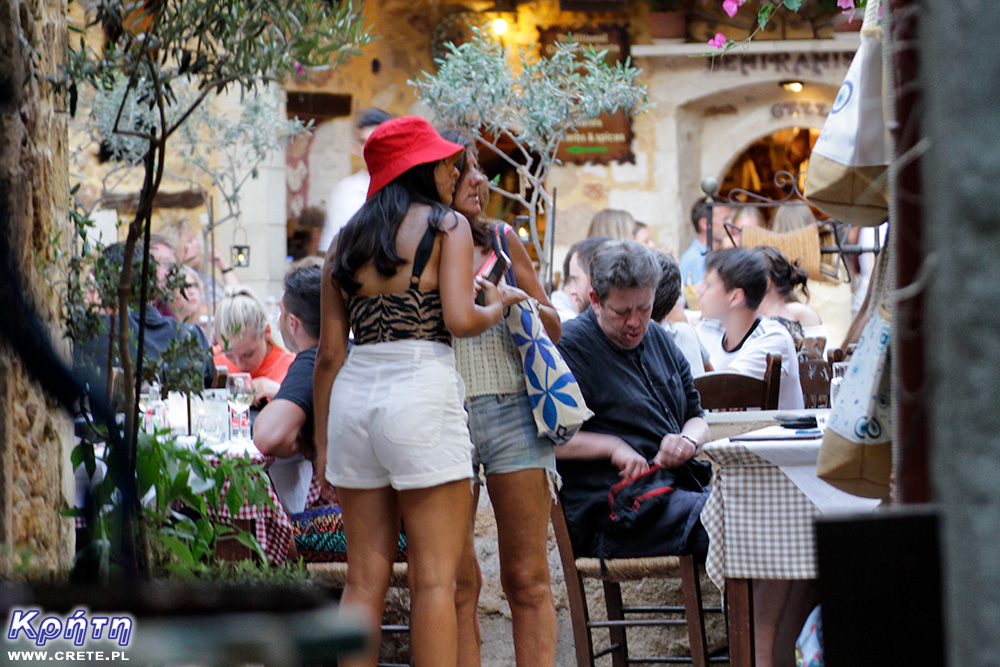 The return of the elderly and mature

Another interesting change is the return of tourists aged 35-64. Over the last two years, there were much fewer of these tourists, and mostly younger people came to Crete. This year, the number of slightly older and mature tourists has returned to the levels recorded before the pandemic.

Nine out of ten foreign tourists not only would like to visit West Crete again, but would also recommend it unreservedly to their relatives and friends. Moreover, what is interesting, every third tourist declared that they would visit this region also in the winter season. Of course, this applies to the situation if there was a direct flight connection to Crete with the city in which he lives. It is certainly an important declaration for the authorities of the Region of Crete. For some time, the topic of winter tourism in Crete has returned. Such declarations confirm that opening part of Crete to skiing tourists could bring tangible profits.

First of all, they focus on recreation and relaxation. Tourists rate the beaches, landscape and environment of Crete very positively. They also positively refer to the quality of tourist services and emphasize the importance of hospitality of the local people. Equally important to them is also peace and general safety on the island. 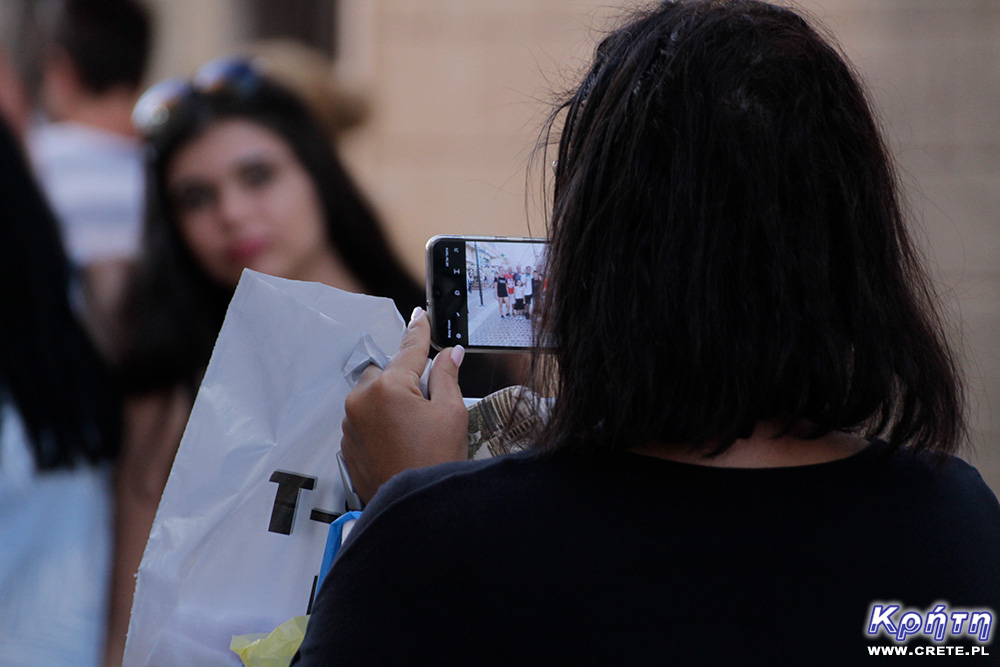 Record numbers at the airport

Based on the data from the airport in Chania covering the period from January to July this year, it is known that the number of arrivals was higher by 11% compared to the last so-called normal season. In 2019, which was considered a record so far, 655,000 arrivals were recorded, this year only by the end of July there were 730,000.

Which countries are the most?

This season, more Germans (57%), Brits (32%), Poles (21%) and Danes (15%) come to the area of western Crete. The increase in the number of Italians and French is also significant. On the other hand, there are fewer Austrians and Cypriots, Belgians and Dutch. A significant decrease concerns Scandinavian tourists, who in 2013-2019 accounted for half of the tourists coming to the Chania prefecture. Currently, there are about 40% of them, which, however, gives the Scandinavians the first priority when it comes to the total number of arrivals. They are followed by the British (18%), the Danes (13%) and the Germans (11%). Poles have become a significant and visible group since 2017 and now account for 9% of visitors to this region of Crete.

The Russians, who in previous years consistently held the 4th place in terms of total number of arrivals, are currently not officially coming to Crete. The reason is the EU sanctions imposed on Russia as a consequence of the invasion of Ukraine. For comparison, we will only say that in 2019, 150,000 people arrived in the same period of time. Russians. The initial fears of the loss of tourists from Russia were completely dispelled, as this loss was compensated by a larger number of visitors from Germany, the British, Swiss and Poles.