In recent days, the Anima Wildlife Conservation Center, in cooperation with the Natural History Museum of Crete and the Greek Lassithi Mountaineering Association, released four griffon vultures. This event took place in Selí Ampélou on the Lassithi plateau. Below you can find a video of the release of these majestic animals. Everyone who has ventured into the mountain regions of Crete certainly had the opportunity to observe vultures. Their wingspan reaches 2.8 meters, so even when they soar high in the sky, it is impossible not to notice them. 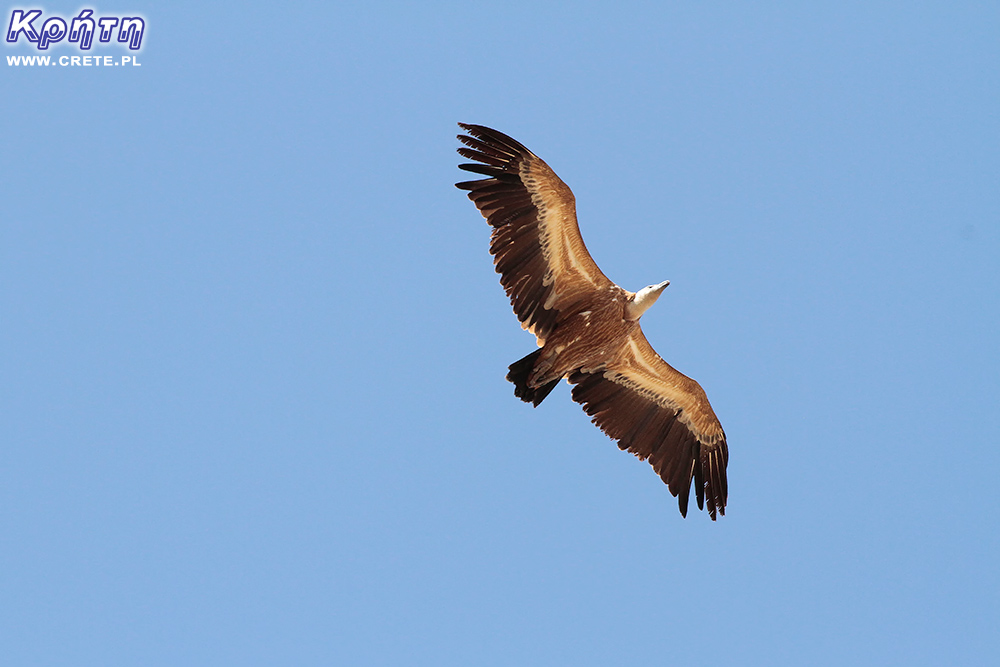 Griffon vultures are not only one of the largest birds in Europe, they are also ranked among the largest raptors in the world.

They live in rocks in inaccessible mountain regions, and in Crete, which is home to the largest colony of these birds, they particularly like the Selinari area near the Lassithi plateau.

These impressive birds of prey, although they are reluctant in many people, provide important services to the environment by cleaning up carrion and other organic waste. They can be described as cleaners of nature's waste. Vultures travel long distances in search of food, and for this purpose they can move away from the nest over long distances. Scientific studies have shown that in areas where there are no vultures, it takes 3-4 times longer to decompose dead animals. This leads to the spread of diseases that threaten both wild and domestic animals and even humans.

In Greece, injured or exhausted birds are usually taken into the care of the ANIMA Wildlife Conservation Center, which are released after recovery. ANIMA deals with the rescue, care and reintegration of wild animals in their natural environment. The association treats over 5,000 birds, reptiles and mammals annually, and they take care of many rare and endangered species of wild animals.

Given that there is no state body in Greece on this subject, ANIMA, along with other wildlife care organizations, is addressing the need to protect and preserve the country's wildlife.

ANIMA works with veterinarians on an ongoing basis, carrying out the necessary diagnostic tests and operations. These treatments are performed in a fully equipped doctor's office. Treatment is provided by experienced staff who have been specially trained in the handling and treatment of wild animals, as well as with the help of trained volunteers.

Reintegrating animals in the wild is as demanding a process as their recovery. In the final phase of re-introducing animals into the wild, ANIMA collaborates with various organizations throughout Greece.