Greece is celebrating this year's Epiphany

On January 6, Greece celebrates Epiphany, or the Epiphany, which now officially ends the celebration of Christmas. Normally, on this occasion, religious ceremonies are organized, which are crowned with the blessing of water and the fishing of the cross from the water. However, once again in a row, these celebrations were organized without crowds and with rigorously observed restrictions introduced in connection with the raging Omicron in Greece. Until a few weeks ago, there was hope that the celebration of this holiday would be possible with the participation of a large audience. Unfortunately, the dramatically increasing number of new infections, at 40,000-50,000 a day, forced the Greek authorities again to abandon traditional processions with large numbers of people. 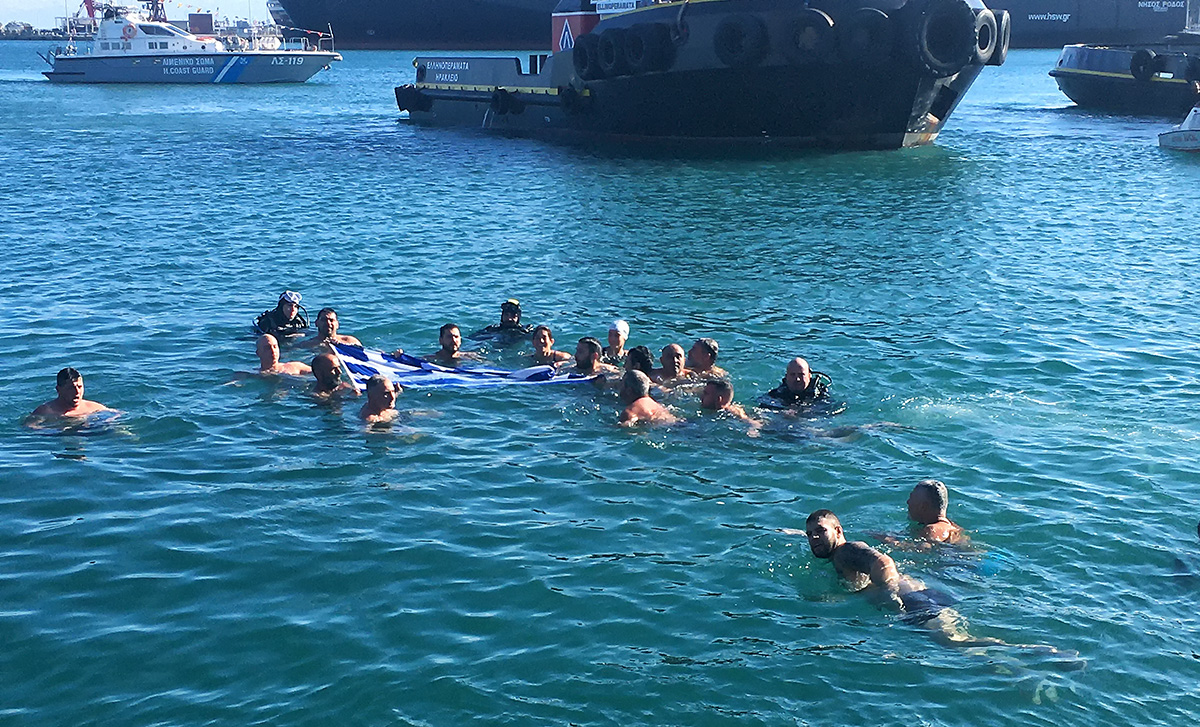 In Chania, only the faithful with a vaccination certificate or a negative quick test result were admitted to the church. After the church ceremonies, the most spectacular part of the water blessing took place.

This year in Chania, only three daredevils have dived after the cross thrown into the water by the metropolitan. The cross was caught by a man who has been taking part in this celebration every year for 22 years. In Rethymno, the turnout of daredevils was much greater than in Chania, but the cross was fished for the eleventh time by a certain Antonis Makrymanolakis, thus ensuring for himself prosperity for the next year. It is also worth emphasizing here that this Cretan has been taking part in this "competition" every year for 24 years.

This year in Heraklion, 3 women also tried their luck, but this time a 16-year-old boy appeared with the cross, who this year decided to jump into the cold sea water for the first time. In Ierapetra, the winner was even younger, 14 years old. However, apart from large cities, in many other places this part of the celebration was abandoned due to the pandemic. In some regions, those who decided to take a cross out of the water had to test negative for the coronavirus beforehand.

The tradition of blessing water, if possible, takes place over an open water reservoir. The priest throws a cross into the water, which is picked up by daredevils who are not afraid of swimming in cold water. As the one who fishes the cross is said to be particularly lucky all year round, there are usually people willing to compete in this competition. In small villages away from the sea and other open water bodies, vessels of water are simply placed in temples. The culminating moment of this celebration is the consecration of water. After reading the prayer from the liturgical book, the priest immerses the wooden cross three times in the water.

The Feast of Epiphany was established in memory of Jesus' baptism on the Jordan River, therefore the name of the Baptism of the Lord is also used in relation to this feast. In the Greek Orthodox Church, it is celebrated in a rather special way. Of course, the form of rituals and customs accompanying major religious ceremonies may be slightly different depending on the area of Greece. The holiday atmosphere prevails the day before, on January 5. On that day, the faithful go to church, the tables show Lenten dishes, and the houses (and not only) are visited by the priest who sanctifies them. On January 6, the faithful gather in churches for the Divine Liturgies, i.e. the equivalent of the holy mass according to the Liturgy of St. Basil the Great. Later, together with the priests, in a solemn procession, they go towards the sea or any other accessible body of water, where the above-described water blessing takes place.