Are we all Cretans?

We are used to thinking that Africa is the cradle of mankind, which so far has been confirmed by the oldest traces of human ancestors found. However, everything indicates that this view should be thoroughly verified. Why are we writing about it? Because according to the latest research, older traces of the Homo Sapiens ancestral lines were found in Crete. As if that was not enough, we owe this discovery to Polish scientists.

But let's go back to the beginning of this story, that is to 2002. It was then that Dr. Gerard Gierliński, a palaeontologist working at the Polish Geological Institute in Warsaw, went on vacation to Crete. There, in the village of Trachilos, situated at the foot of the characteristic headland on which the Balos Lagoon is located, the doctor noticed strange imprints in the rock.

Footprints somewhat reminiscent of the shape of a human foot were found in the petrified part of the coast that might once have been a more flexible substrate. Although this region of Crete is inhabited and popular, Dr. Gierliński was the first person to notice these traces. The palaeontologist's curiosity and scientific streak prompted him to return to the island in 2010. This time, however, Dr. Gierliński returned to Crete with his colleague: Dr. Grzegorz Niedźwiedzki. At that time, Dr. Niedźwiedzki had already made great paleontological discoveries. As for the mysterious traces from Trachilos, both scientists agreed: they concluded that the traces in Crete were made by a being that was the ancestor of man. Scientists took rock samples and sent them to a laboratory to determine their age. The results of the analyzes were not announced until 2017. Why did it take up to 7 years to publish the results? Because the first two years were spent on researching the collected rocks and analyzing the traces, and the next five years were dedicated to convincing the scientific community to new findings. A large number of scientists, to put it mildly, boycotted the discoveries of Poles. Imprinted feet are estimated to be 5.7 million years old. For comparison, the age of the oldest traces of Australopithecus from Tanzania is estimated at 3.6 million years. So it was a sensational discovery that shattered the established order of things. 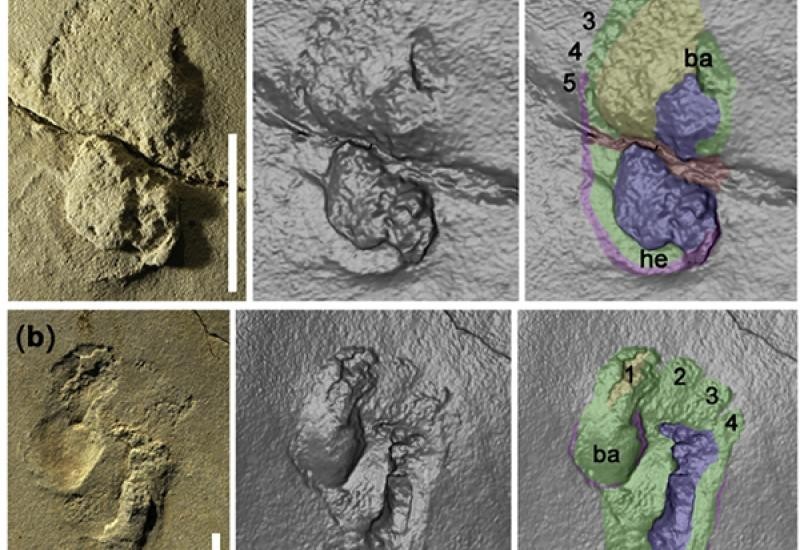 Analysis of the traces from Trachilos
Source: flashnews.gr

Where are we actually from?

Until now, it was considered that Homo Sapiens "created" 200 thousand. years ago in Africa from the local hominin population and later migrated to other continents. And the other lines of development of other hominin species that previously left Africa have become extinct. The discovery of the traces of a proto-human in Crete, therefore, literally turned all theories recognized at that time on its head. However, this is not the end of the story at all.

An international team of scientists from Germany, Greece, Sweden, England and Egypt has adjusted the timing of these traces, according to a publication that appeared in October this year in the journal Nature Scientific Reports. According to this publication, the first estimates were not very accurate, and new studies have verified the age of the imprints. The Trachilos footprints were finally rated at 6.05 million years! Thus, the dating correction was as much as 350,000 years.

In the current assessment, the traces from Crete are almost 2.5 million years older than the traces of the famous Lucy of Laetola Tanzania ( Australopithecus afarencis ). The footprints from Crete are about the same age as the fossils of Orrorin tugenensis from Kenya who walked erect. Orrorin, also called the Millennial Man , is described as one of the oldest bipedal representatives of the hominid lineage known.

Map of the research location in Crete and reconstruction of the area for 6 million years ago.
Source: https://www.nature.com

Could Crete really be the cradle of humanity?

In these considerations, it should be remembered that 6 million years ago, Crete was not an island, but was connected with mainland Greece around the Peloponnese. Of course, Greece as such did not exist at the time. The traces from Trachilos may also have something to do with the find from Attica. Several years ago, fossils of a primate species belonging to the subfamily Homininae ( Graecopithecus freybergi ) were discovered there, dating back about 7.2 million years. Research from 2017 showed that Graecopithecus belongs to the human lineage, locating him at the same time in the Mediterranean region instead of in Africa. According to the researchers, the traces of Trachilos are very similar to those of Graecopithecus. 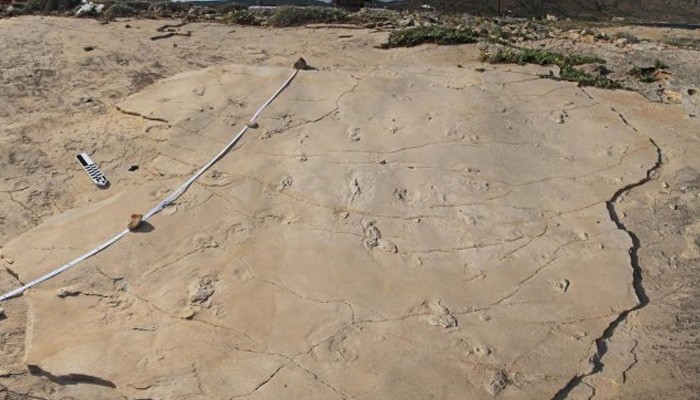 These findings must certainly reopen the discussion about the origin of man. It seems that the theory of an exclusively African origin of humans needs to be verified. If, of course, the conservative scientific community allows for new discoveries that challenge the existing theories.