For several weeks, the inhabitants of Crete have been the subject of the disappearance of the well-known American molecular biologist Suzanne Eaton. In her search, not only all kinds of uniformed services were involved, but also a large number of civilian volunteers who volunteered to help in this action. For several days, all traces of her presence were also looked at using all technological innovations. Drones and a plane equipped with specialized cameras were used for the search. 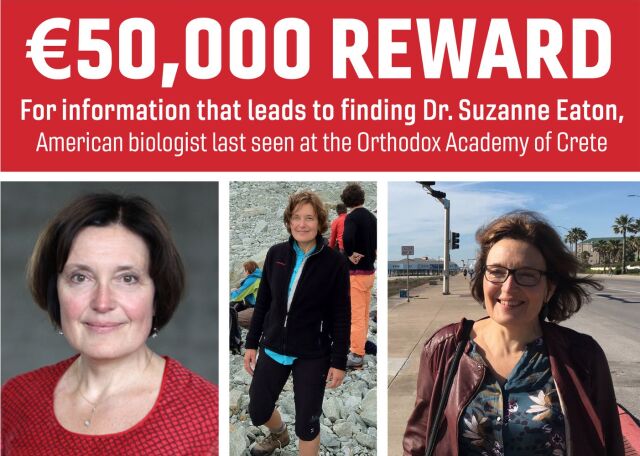 During the search, a prize was offered for help in locating an American biologist
On the Internet there were also fundraisers supporting search campaigns

Suzanne Eaton flew to Crete for a scientific conference organized by the Orthodox Orthodox Academy. It was her next visit to the island. An American scientist was a very physically active person who took care of his form. Last time she was seen on July 2 when she left the hotel to go on her morning running workout. According to witnesses, she looked completely healthy and was in a very good mood.

During the search and rescue operation in the local media, various kinds of assumptions about the reasons for the disappearance of the American biologist were published. Among them appeared, for example, as absurd as the fact that it was killed on behalf of pharmaceutical concerns. It was also speculated that a woman might have fainted in a less accessible region of the island or suffered some injury that prevented her from moving independently. Near Kolimbari, all the less accessible places were checked, which were supposed to be a shelter for the injured Suzanne Eaton.

All speculation on this subject was cut off by the message that appeared in the media last week on July 9. Local authorities then informed the press that in connection with finding the corpse of a missing woman, the search campaign was completed. In the local media, information about the fact that, due to the traces found, it will most likely require a criminal investigation. This assumption was confirmed by autopsy results, in which a forensic doctor as the cause of death, Suzanne Eaton, typed strangulation. The family of the woman, despite the votes and proposals that the US services should also participate in the investigation, was definitely on the side that the entire investigation was conducted by the Greek police.

Thanks to the help of two local residents, Suzanne Eaton's body was discovered in one of the former German tunnels, which is located near the village of Pirgos. Although this small town is located next to popular holiday resorts such as Platanias, Gerani or Maleme, the investigators quite quickly rejected the possibility that people from outside of Crete could participate in the killing of an American biologist. In particular, casual tourists in this region of the island were excluded. The place of hiding the corpses was so specific and difficult to access that it seemed unlikely that information about its existence would be held by people temporarily present in this region of the island.

Examining the traces from the place of hiding the corpses and using various clues, the investigators relatively quickly narrowed down the group of people suspected of this crime. Yesterday, news appeared in many local media that the police had arrested a 27-year-old Cretan suspected of doing this horrible act. According to the information provided by the police, it is also known that in the course of the hearing he admitted to committing the alleged acts. For now, his explanation of the motives that led him to commit the crime is very vague. Apparently, in the first moment he explained his action oddly because it irritated the view of a woman practicing sports.

Investigators suppose, however, that the assault was primarily sexual, and the choice of the victim could be completely accidental. According to the shocking information provided by the police, every other woman in the area could find herself in Suzanne Eaton's place. The rest of the investigation will most likely focus in this direction.

Thanks to the latest testimony of the accused, it is also known that the woman was attacked in the southern part of the Rodopou peninsula, when she was running on one of the local roads. The place where the perpetrator attacked was less than a kilometer from the Orthodox Orthodox University and the monastery of Gonia Odigitria. 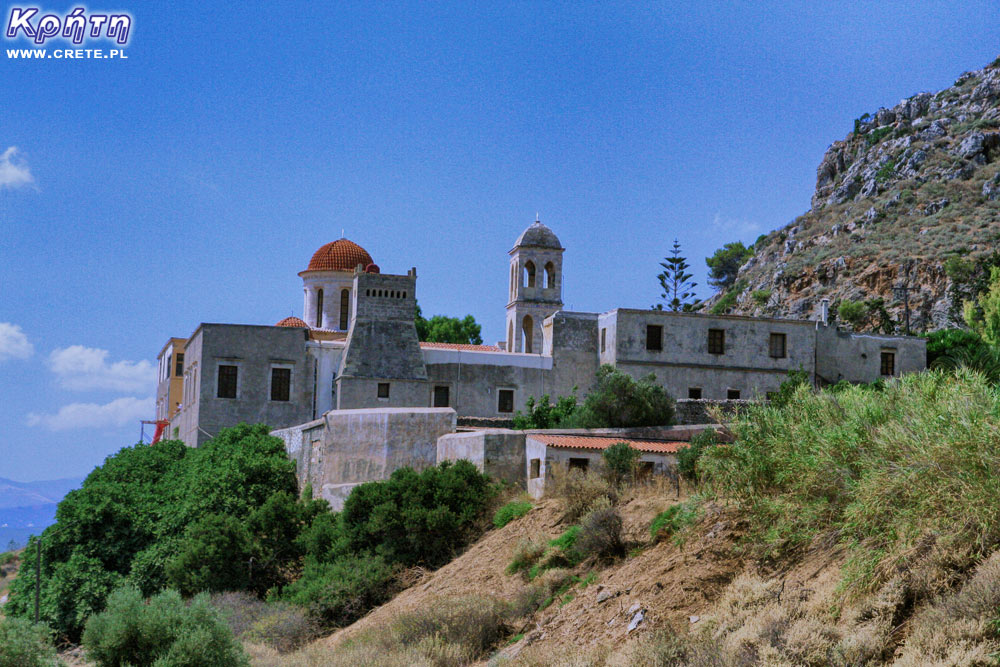 Detectives working intensively on this case confirm that they already have a number of traces and circumstanties that constitute strong evidence for the young Cretan. On the basis of the analysis of the data recorded by telephone network masts, its presence was confirmed, among others, in the place where the body of an American biologist was hidden. The digital traces left by the perpetrator's cell are not the only evidence that works against his disadvantage. Thanks to the records of surveillance cameras, it is also known that during the crime he moved in this area with his car. In the vicinity of German tunnels, tire tracks were also secured in line with those installed in his vehicle. Investigators also claim that a personal subject of the murderer was also found in the American body.

An element that acts very much against the accused is also the fact that he is a person who shows a great knowledge of places similar to those where Suzanne Eaton's body was hidden. What's more, information about various Cretan tunnels and caves was also shared on your YouTube channel.

Of course, at present, confirmation of the fact of guilt of the accused Cherubic requires further investigation work and, above all, a full court hearing. Although the local community is still shocked by the murder of Suzanne Eaton, the arrest will certainly calm some of the residents concerned about their security. Thanks are also due to the Greek detectives, who showed great efficiency and professionalism of their work.