Today, on Saturday, June 1, the first edition of the international short film festival "Lost World" begins in Paleochora. The name of this event is a direct reference to the location of Paleochory - a village located between the mountains and the sea in the area of Crete, which is still outside the mainstream of mass tourism. According to the organizers, this event will also be one of the European festivals that will take place in the most southern point of Europe. 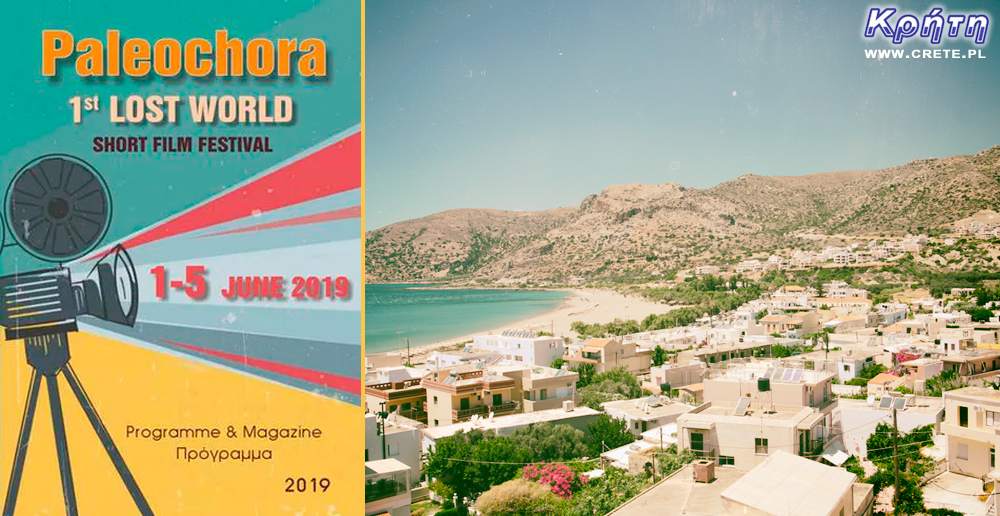 It is a completely free event, during which for five consecutive days there will be screenings of short films from various parts of the world from such countries as: Scotland, Great Britain, Turkey, Denmark, Brazil, Greece and many others. The main evening projections will be implemented within the main market at the city hall. During the day, the program of this festival will be supplemented with film screenings that will be screened in the Peral Cavo bar.

The internationality of this festival is not only the fact that the films come from various parts of the world, but also that each of the productions that will be shown will be accompanied by English subtitles. Most people, both tourists and local residents participating in this event should not have problems understanding the content provided in the films.

Another aspect emphasizing the international character of the festival is the composition of the jury, which will select the best films of this year's edition. The following people will sit in it:

Susan Kucera , who actively participated in the production of a number of documentary films. Her last work is a documentary entitled "Living in the Future's Past", which not only shows what our modern world looks like, but also asks the question about our future. This film was made over two years. Susan Kucera was involved in its production not only as a director but also as a producer and cameraman. In the film, she collaborated with Jeff Bridges, who lent his voice to the commentary. At this point, it is worth mentioning that the film Living in the Future's Past will be presented in Paleochora in the evening of June 5 during the last day of the "Lost World" festival. A short preview of this movie can be found below:

Bruno Chatelini , who is one of the members of the European Film Academy. During his career he has participated in the production of nearly 200 films. He collaborated with many renowned directors not only from Europe, but also from the world. Among these personalities, names such as Costa Gavras, Francis Coppola, Steven Spielberg, Woody Allen or Tom Hanks are worth mentioning. He is an enthusiast and pioneer in the distribution of films via the Internet as part of the VOD technology.

Paul McGuirk , who is a lecturer in the field of film studies. Over the course of his academic career, he has conducted various types of courses and postgraduate studies organized at such universities as University College Dublin, Trinity College Dublin.

More information about the festival and a detailed program can be found on the following website: www.lostworldfilmfestival.com/