As every year, a list of beaches was announced in May, which was awarded the Blue Flag this year. Worldwide, the International Commission has awarded this distinction to 3,895 beaches, 691 marinas and 82 tourist boats. In Greece, this year the characteristic Blue Flag will float on 497 beaches, in 14 marinas and on 6 tourist boats. This means that Greece in the world ranking took 2nd place among 47 countries participating in this program. In the case of Crete, 117 beaches were awarded, two more than last year. 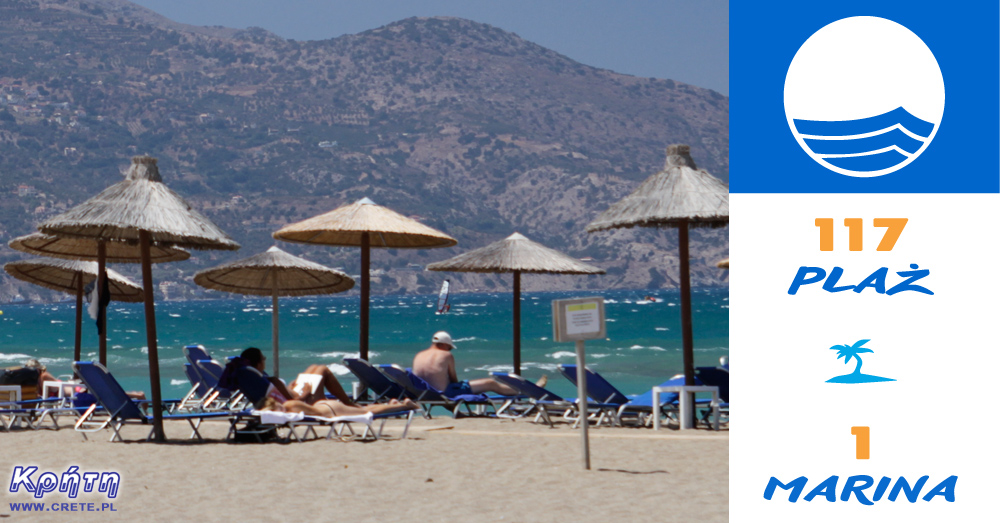 Although the total Greek result is slightly lower than a year ago, when 515 beaches were awarded, it is worth noting that the number of all Greek awards is 13% of the global number of awards granted under this program.

The Blue Flag is an important distinction and a sign of beach quality worth seeking. Travel agencies are also more eager to look at such places and send their clients to hotels located in the vicinity of such places. It is worth remembering that although this award is granted for the whole year, in the event of a drastic deterioration of water quality or failure to comply with the guidelines of the beach / marina program may lose the right to use the blue flag symbol. EEPF and FEE inspectors repeatedly visit award-winning beaches during the hot season and marinas throughout the year to see if the Blue Flag program criteria are met.

If you lose the award, you will not be able to apply for this award next year. 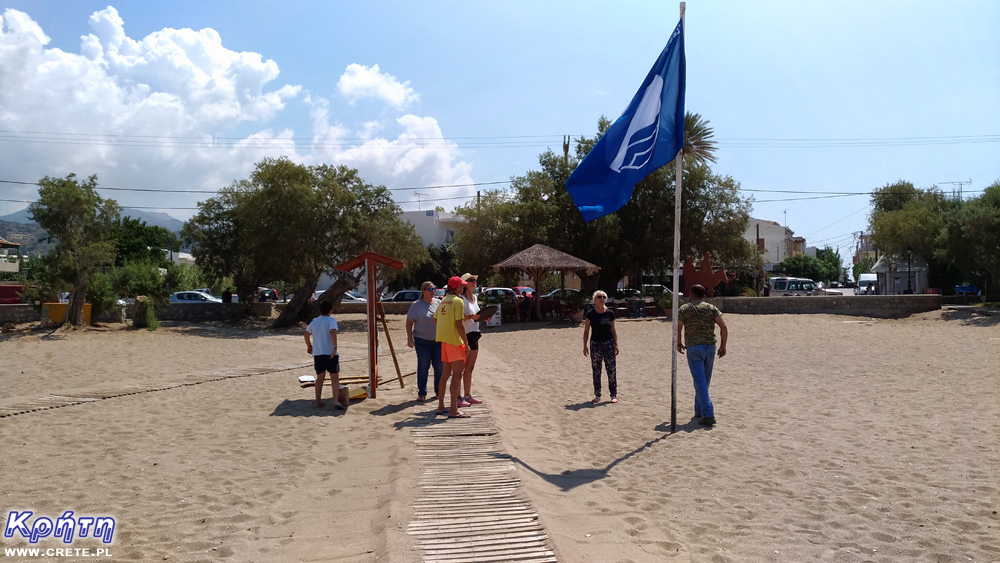 This year, the characteristic flag will appear on 117 beaches of Crete and in one marina.

33 beaches have been distinguished in the prefecture of Chania, which means that compared to last year the total number of awarded beaches is slightly smaller. This year, no beaches were awarded such as Voulismeni, Kolymbari, known Elafonissi. It is a pity, because these are very popular places, with a beautiful sandy beach and a great bathing beach. Instead, completely new places appeared that raised their standards.

In the case of the Rethmno nomos, the total number of distinctions increased by one beach, which means that 18 beaches in this prefecture met the strict standards of this program. From the known places only the beach in Agia Gallini fell out.

Similarly, in the case of the Heraklion prefecture, the number of awards is slightly higher than last year. A total of 27 beaches were awarded. Compared to last year, there were no major changes. A new flag will appear on the beach at the Arina Beach Hotel.

As every year, Lassithi Prefecture is distinguished by the largest number of decorated beaches in Crete. This year there are two distinguished beaches more than a year ago, which gave a total result of 39. We are pleased that the Blue Flags will again appear on the beaches of Ierapetra and in beautiful Istro. In the case of Lassithi, it is worth noting that the marina at Agios Nikolaos maintained high standards. It is still the only marina in Crete that meets the stringent Blue Flag program standards.

33 years of existence of the program

Awards have been granted since 1987 to those beaches and marinas that meet stringent requirements and criteria. Over the past several years, the Blue Flag has become the most recognized and popular international symbol of high-quality beaches and marinas in the world. A uniform standard for this award was developed in 2001 by the Foundation for Environmental Education (FEE) in Denmark. In Greece, the Blue Flag is awarded by the Greek Society for the Conservation of Nature (EEPF).

The history of this award dates back to 1985, when in France the idea of distinguishing coastal municipalities characterized by water quality was born. Two years later in 1987, this idea started as an official European program known as the Blue Flag.

Initially, the awards were to be an incentive for bathing managers to meet the requirements of the European Council directive on the reduction of bathing water pollution and its protection against further pollution (Council Directive 76/160 / EEC of December 8, 1975). Over the next dozen or so years, the simple and clear concept of marking the best beaches and marinas has also been positively received by tourists in the European Union. Work has begun on changing the rules to allow this award to be introduced in other countries around the world. Since 2001, after establishing uniform rules, this mark has become an international symbol of the best beaches.

What criteria must the beach meet to receive the Blue Flag Award?

Beaches claiming the right to use this mark must meet 33 criteria imposed by FEE (38 for marinas). The prerequisite for this award is excellent water quality. No other quality classification, even "good", is acceptable. Below we present the most important criteria that are taken into account. They were divided into four issues, in which specific conditions are specified.

Nature protection and care for the natural environment 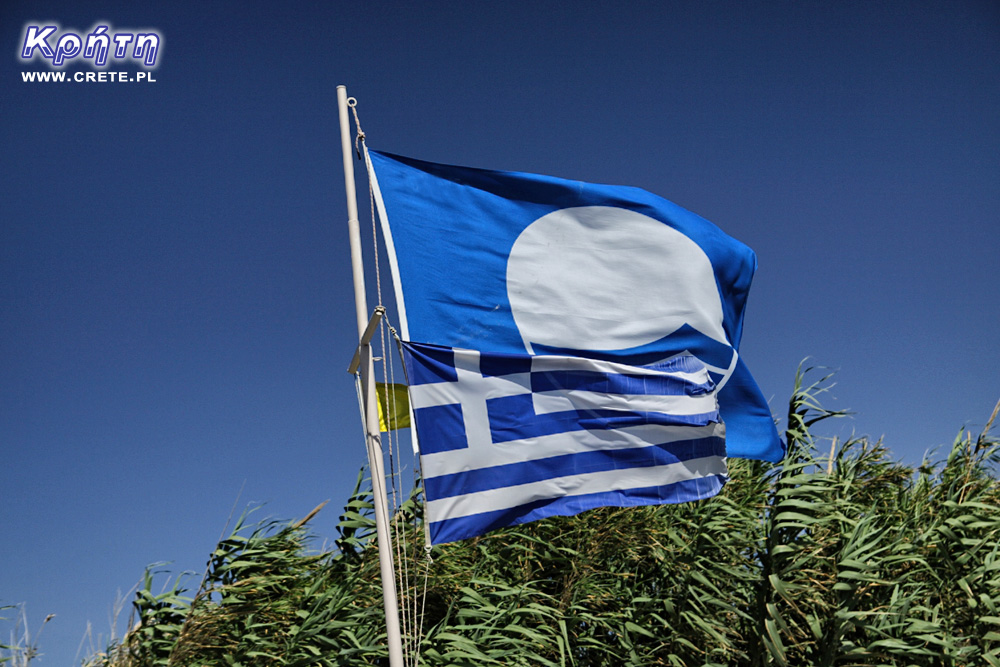