Summary of the 2019 tourist season in the Samaria Gorge

This year's tourist season in the Samaria Gorge had a very difficult beginning. The heavy rainfall that occurred during spring caused a lot of damage to roads leading to the Omalos Plateau. Practically, until the last day preceding the full opening of the walking trail in the gorge, works were carried out to ensure safe communication. All this meant that the full opening of admission to Samaria was possible this year only on May 10. Many people predicted that this season would be one of the worst in recent years. However, this year's statistics show that these fears were completely groundless. Throughout this year's season, Samaria was visited by record-breaking over 159,000. people. 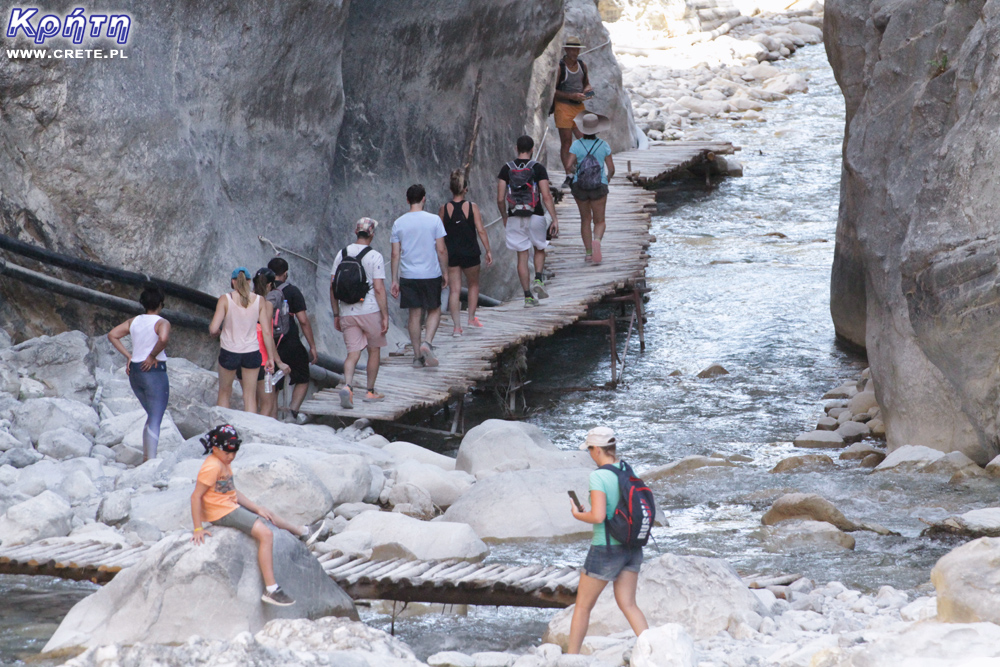 Summary of the number of guests looks even more impressive in terms of 5 years. The data collected by the Department of Forests in Chania shows that in the period from 2015 to 2019 the Samaria Gorge was visited by over 744,000. people. It will not be an exaggeration to write that this place is undoubtedly one of the most important tourist attractions located in the western part of the island.

It is also worth emphasizing that the popularity of the Samaria Gorge is not limited to recent years. This place gained recognition among tourists already in the eighties, when for the first time the number of guests throughout the entire season exceeded 100 thousand. people. Importantly, high interest continued even during the crisis years, when the number of tourists vacationing in Crete was smaller compared to other seasons.

It cannot be overestimated how the presence of the Samaria Gorge affects the local economy. Based on surveys among people arriving in Chania, researchers at the University of Cretan estimate that tourists generate around € 7.5 million in additional revenue related to expenses incurred when organizing trips to the Samaria Gorge. A very important aspect is also that as much as 85% of this amount is money that goes to companies operating locally in this part of Crete. It is also worth emphasizing that these funds are subject to so-called further recycling in the area of functioning of enterprises related to tourist services.

Survey results show that the Samaria Gorge has additional potential that is still unused. Many people participating in this study indicated in their responses that they would be interested in participating in longer trips that would not be limited to visiting the ravine itself. These tourists would like to see other hiking trails in the area of Samaria. The possibility of accommodation and the opportunity to learn about local products were also very popular.

Over the next years, when this survey is being conducted, there is also a high percentage of people who would be willing to pay a higher entrance fee to the Samaria National Park. This year, as many as 47% of tourists declared that the increase in ticket prices could reach even 5 €. According to scientists summarizing the results of this survey, this gives some opportunities related to improving the financing of the Samaria National Park by increasing revenues from the sale of admission tickets.