Kreta ›
Greek and Cretan cuisine ›
Drinks and alcoholic drinks ›
Retsina, and step towards the future

Restsina is one of the most characteristic drinks served in Greece. Opinions about its expressive taste are usually very divided and most often form part of the scheme that either hates or loves it. It must be admitted, however, that this controversial wine has quite a large group of loyal recipients, not only among local residents but also among experienced tourists. For many people, a glass of chilled retsin served for an evening dinner is a kind of holiday ritual. 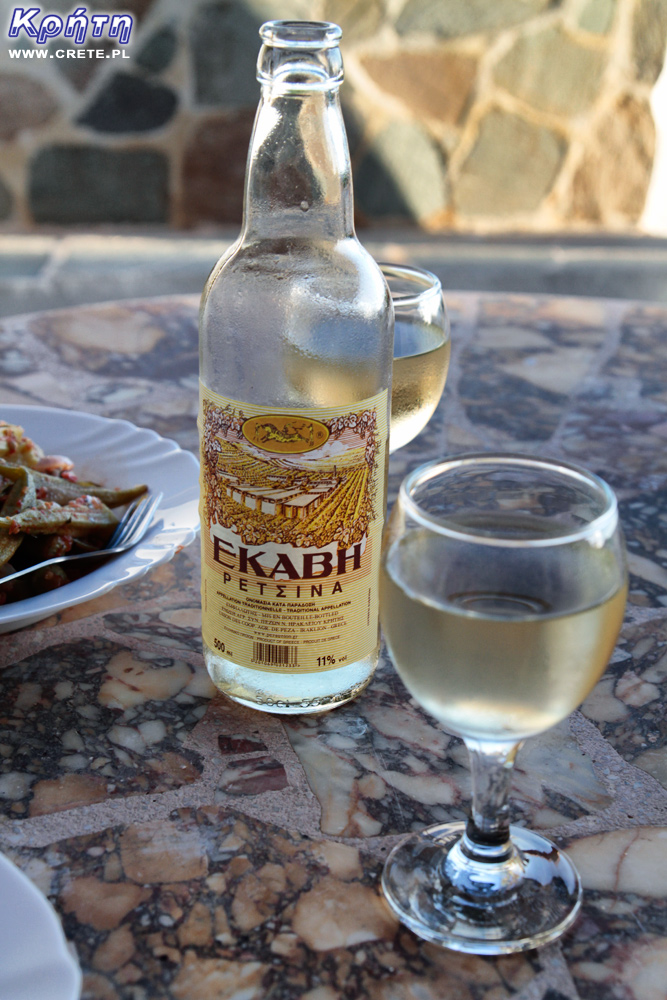 It is worth knowing that until recently retsina was perceived as one of the most common and at the same time the most primeval species of wine. It was an example of a drink without finesse taste sensations, and the dominant note of the resinous taste was one of the ways to cover the voracity of the wine base. For some time, due to some producers, this image has undergone some changes. There are completely new retsin brands in which the addition of wine resin is treated as an element enriching the complexity of the taste.

The changes in the way of production and the perception of retsina were the subject of one of Ben Asimov's latest articles published in the New York Times culinary section. He notes that the peculiar renaissance of retsin is not only the result of changing the approach of producers, but also how it is perceived by consumers.

From ancient to modern times

To better understand this change in the image of retsina, it is worth delving into its history and the origins of its creation. It dates back to ancient times, when the pine resin was used to seal clay amphorae. The natural consequence of this treatment was that the resin penetrated the wine, becoming an integral part of its taste and aroma. The taste of wine saturated with resin has survived even a change in storage methods: the departure of clay amphoras for wooden barrels. The combination has so strongly inscribed in the culinary culture of the Greeks that retisna survived to this day.

Even at the beginning of the 20th century, Greece, like many other European countries, was still largely an agricultural country, where the urbanization rate was at a very low level. Even the largest cities, such as Athens, boasting a population of just over 100,000. people, it was difficult to describe it as a metropolis. Residents of the province still eagerly reached for retsin, which was one of the most popular drinks. Local wines whose flavor was supplemented by the addition of fresh resin could be found not only in local taverns, but also in homes. In the future, many of the people who have grown up in such a tradition will be a significant part of the future inhabitants of Greek cities, still reaching willingly for retsina.

The growing demand for this liquor meant that the local "craft" production had to give way to the winemakers produced on a massive scale. As a consequence, the quality of retsin deteriorated and its taste became crude and deprived of finesse. The low price is one of the strengths that made this drink especially appreciated by not very wealthy students. However, even their unusually high requirements for retsin went beyond its low taste values. At present, no one in Athens will be surprised by the sight of students who mix retsin with other beverages in order to break the sharp resinous taste. Well, with a not-so-rich student budget, you can suffer a lot of drunkenness in your head as part of your youthful fun.

However, an increasing number of producers show that conscientiously prepared retsina prepared on the basis of carefully grown grapes can be a wine that is not only tasty, but also a perfect complement to Greek dishes. It is worth emphasizing that these are not changes that do not take away the retsin of its original character. Currently, producers do not aspire to make their beverages become products fighting for the name of exclusive, which are appreciated only by connoisseurs. Their main goal is to create such retsina, which can be the pride of the Greeks and because of its taste will not be compared with turpentine. 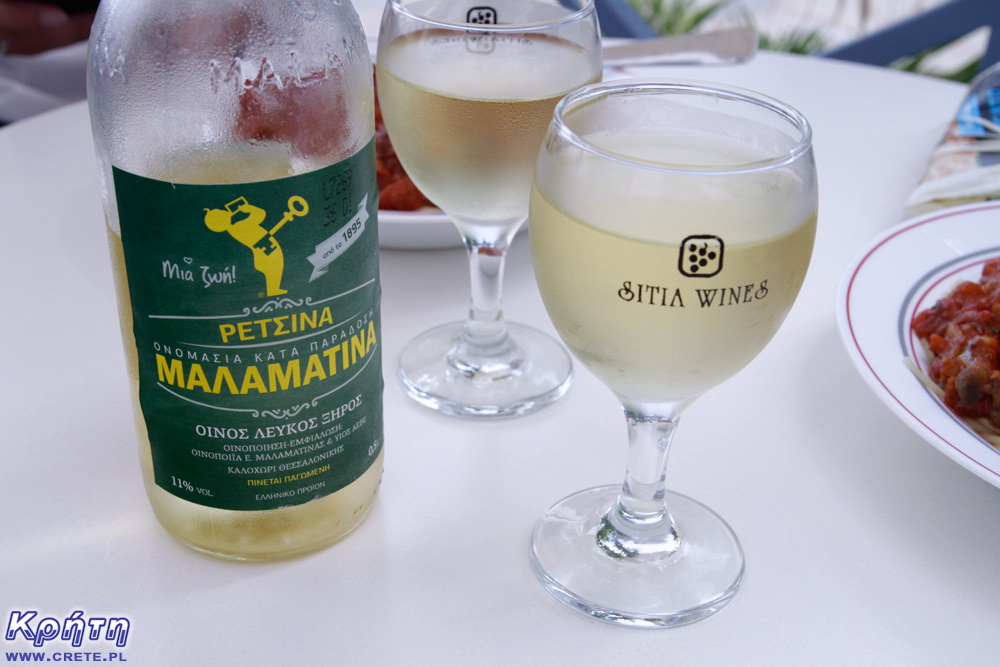 Ben Asimow, as one of the examples of this type of contemporary quality retsin, gives the wine Ritinitis Nobilis produced by the Gaia wine cellar. It is a refreshing dry white wine with a distinct note of citrus fruits. Ritinitis Nobilis is the fruit of over 20 years of work by Yiannis Paraskevopoulos, who is the founder of the Gaia wine bar. As he admits in those years, quality in the case of retsin was an abstract concept. The wines produced at that time arose mainly from the vine fruit of the savatiano strain, which does not enjoy a good reputation and is usually the source of not very esteemed liquors.

The impulse to redefine the taste of retsin was for Mr. Paraskevopoulos to work alongside his mentor, Yiannis Boutaris. One day, the owner of the Boutari winery spoke very well in his presence: Retsina can be a good quality wine. Yiannis Paraskevopoulos decided to face this challenge. As he admitted, "retsina is a national wine in Greece and as such needs protection. However, it's hard to protect or promote something that is not good. "

When creating his wine, he reached the roditis vines, which are grown in the mountainous regions of Greece. They give the opportunity to produce fresh full-tasting wines constituting an excellent base. In the production process, he also paid particular attention to the quality and freshness of the resin of the added wine. 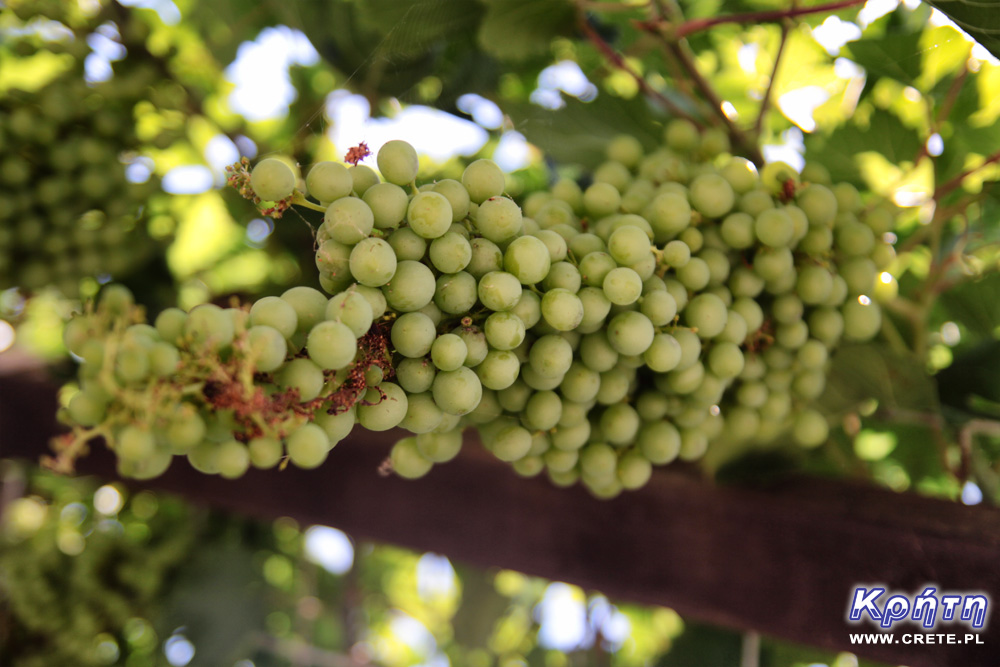 Another winemaker who decided to raise the collapsed prestige of retsina is Manolis Garalis from the island of Lemnos. Also, he did not decide to use the savatiano vine strain, which traditionally formed the basis for this type of wine. For the production of retsina Garalis, he chose the strain Muscat Alexandria, which is considered by many experts to be one of the oldest grape varieties. Interestingly, thanks to the isolation of crops on Greek islands, these plants have survived to modern times without major genetic modification. Reaching for the fruit of this grape variety, Manolis Garalis revived not only the taste of retsina but also benefited from the wealth of knowledge and experience of his ancestors.

A good example of a new wave of retsin is also the wines made by the Georgas family, whose vineyard is located in the town of Spata located to the south of Athens. A characteristic feature of Black Label retsin is to minimize filtration and the limited use of sulfur dioxide to stabilize the fermentation process. This wine is characterized by a deeper amber color and a fresh citrus flavor that blends in perfectly with the resinous note. This wine enjoyed so much popularity in the US that the demand far outstripped supply, and now the annual 2017 Black Label retsina is practically unavailable.

At this point it is worth adding that retsina is not a wine, in which case age adds a noble taste. Mr. Paraskevopoulos from the Gai vineyard described earlier emphasizes that "retsin does not age well (...). It should be consumed within a year of production." Unfortunately, in this case, the Greek labeling regulations are in favor of consumers, which do not allow the retsina name to be next to its name. 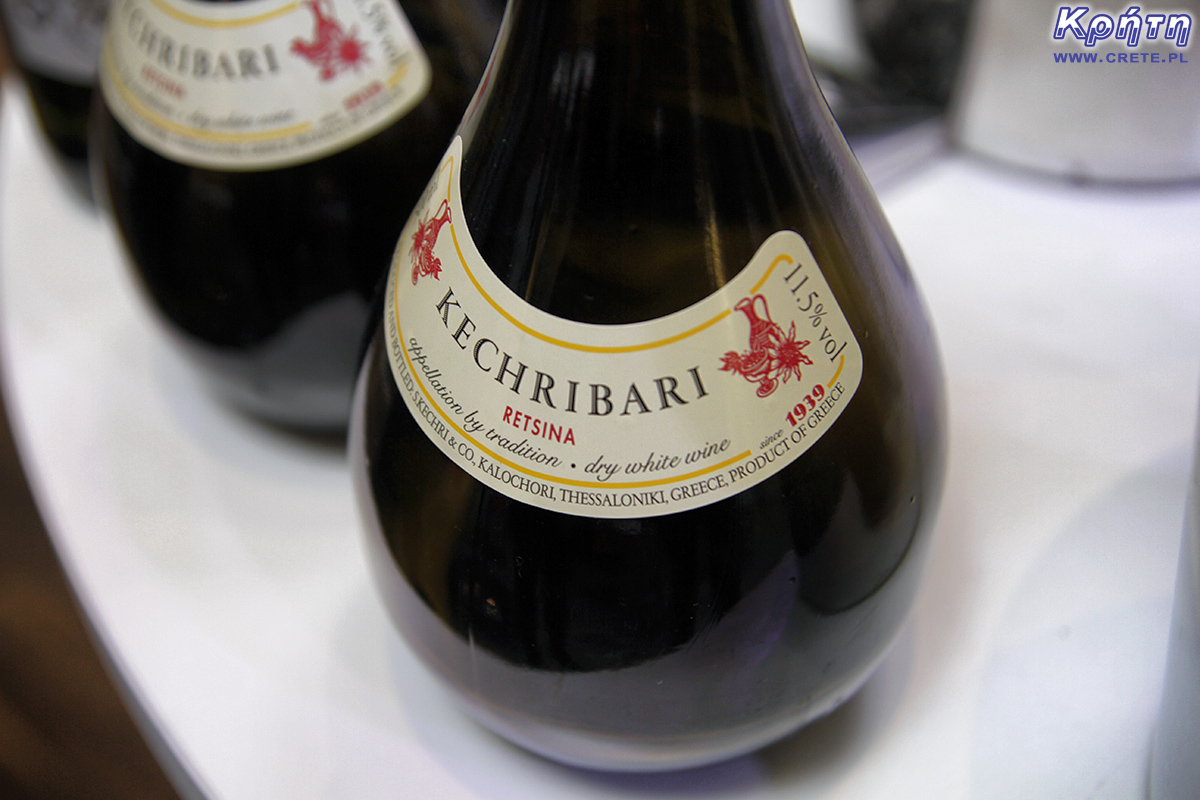 Breaking the conventions - the seasoned retina of the Kechris family

For our part, we can give Kechribari wine produced by the Kechris family as an example of a quality retsin that is relatively available on our market. This is a very delicate retsina, which is based on the fruit of the vine Roditis strain. The traditional taste with a citrus note is obtained not only by the addition of pine resin and mastic. Kechribari is one of the first modern retsins in which quality is one of the most important parameters. It is not surprising, therefore, that over the past dozen or so years, this wine has won about 35 awards and prizes. Retsina could be tried during last year's Greek Panorama.

Recently, the youngest generation of the Kechris family has developed its own unique vision of contemporary retsina. The basis for the production of this drink is a wine made on the basis of the Assyrtiko vine fruit harvested in the Goumeniss region. Seasoned for 10 years, wine is an excellent base for the production of "Tear of the pine" retsin. The producer emphasizes that this innovative approach gives this retsina the potential for further seasoning.

Crayfish is widely available in Crete and even in the smallest supermarket you can easily find this alcohol on the shelves. Typically, these are local "brands" that were distilled on site. Cretans are happy to treat tourists and guests with this drink. In traditional taverns, glasses of raki often appear after a meal. 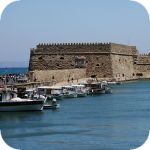 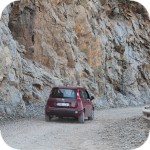 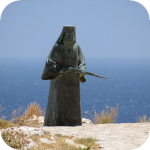