When, on Friday evening, July 3, 1908, workers working for the Italian archaeological expedition were putting off tools after a day's work in the scorching sun of Crete, one of them, in a layer of dark soil mixed with ashes, charcoal and fragments of pottery, saw a round flat object of clay. This expedition has been working for a long time in the area of ​​Phaistos, where in 1900 the Italian archaeologist Federico Halbherr discovered the ruins of a Minoan palace. The worker took out the item and carried it to Luigi Pernier, one of the participants in the Halbherr expedition. He cleaned it thoroughly, looked with astonishment at the series of signs covered by this object and noted in the journal of the expedition that "this inscription can not be read." This is how the modern part of the history of the Discus of Phaistos begins - one of the most famous and mysterious finds. Unfortunately, we do not know its history, who did it and what it was used for It is still unknown.In one issue, Mr. Pernier was right - the message in the Drive remains unencrypted until today, although there are still plenty of attempts to read it. in Heraklion the allegedly correct translations of the Disk of Fajstos inscription come. 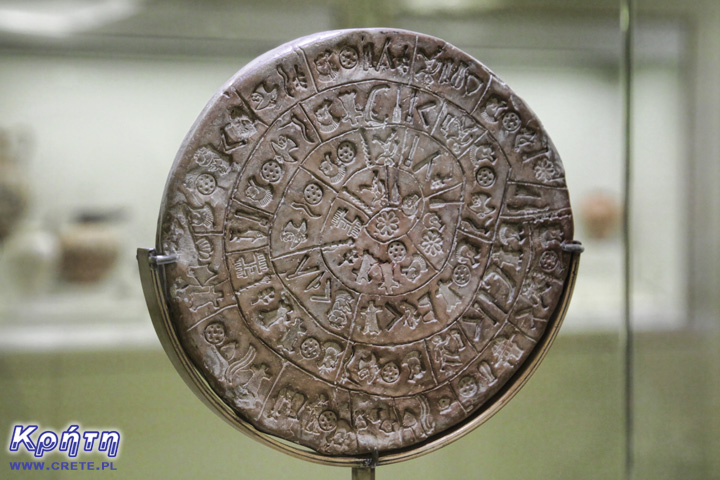 Drive from Fajstos - page A

The origin and construction of the disk

The origin of the disk is dated 1650-1600 BC, although there is no lack of discrepancy here. It was made of clay and has a diameter of about 16 cm, and its thickness varies between 16 and 21 mm. Its both sides (A and B) are covered with spirally arranged groups of characters, totaling 241. Among them, 45 unique symbols have been distinguished that form part of these groups. It is not known which party is the first and which is the second and what is the correct direction of "reading" the inscription - from the inside or from the outside. The old use of the disk is also unknown. Scientists and enthusiasts have been speculating about the role that he could play for years. The most likely theory is that the disc could be a kind of astronomical board.

It is puzzling that the marks were not hand-engraved in soft clay, which would be easier to make, but are imprinted with something on the shape of stamps. Researchers even compare it to the original prototype, only that it was invented for 3,000 years before the Gutenberg fonts. Ever since Discovery of Phaistos, everyone, including Evans - the discoverer of the Knossos palace, is trying to break the code. Even absurd attempts to read the record are made, but the theories are rather laughter among other helpless researchers. 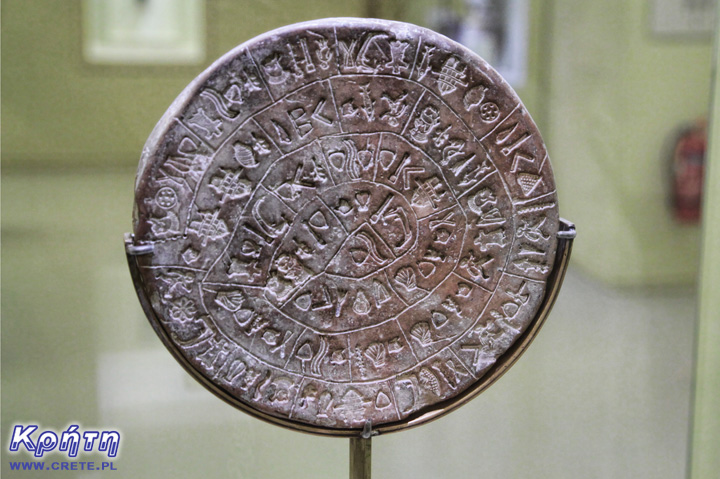 Drive from Fajstos - page B


A controversial attempt to read

In 2013, the world went around information about reading 90% of characters stored on the disk. These were, among others, the words mother, goddess, pregnant. On this basis, researchers Gareth Owens and Professor John Coleman, who have been involved in attempts to read the cipher for six years, have found that the content of the record is a prayer to the mother goddess. However, most experts referred to these revelations with great skepticism, as the probability of reading the record is slim for several reasons. The argument of the greatest caliber was presented by linguists. They argue that reading a letter based on a single sample has little chance of success. Unfortunately, however, no other examples of a similar type of letter have been found so far.

It is also unlikely that this is a record of prayer to the mother goddess. Currently, the theory of the existence of the Great Goddess, which gained popularity at the turn of the 19th and 20th centuries, is undermined. Some archaeologists admit to mistakes and overinterpretations in this area, although, of course, there are still plenty of supporters of this theory. So, in a situation where there is no reliable reference to the existence of such a goddess, it is still possible to consider the meaning that the written text is a prayer addressed to her? We leave the answer to this question to future generations of scientists.

It is likely that the titles in Drive will remain secret until another item is found with a similar but bilingual text that will be used to translate the transcription, similar toNo, as in the case of the Egyptian hieroglyphs and the Rosetta Stone. Unless one of the last theories put forward by Dr. Jerome Eisenberg has been confirmed, he questioned the origin of the Disk of Phaistos. Dr Eisenberg is a specialist in falsifying ancient works of art and after assessing the find he found that he found evidence that Luigi Pernier had prepared it himself and then threw the disk to the palace in Phaistos. The motivation was to attempt to eclipse the discovery of the palace at Knossos by Sir Arthur Evans.

According to Eisenberg, the edge of the disk is cut very precisely, although it should be completely different, because the minoans did not intentionally burn clay tiles, but only by chance during fires. Counterfeiting could also explain the lack of other finds with a similar script. Eisenberg's theory could be verified by performing a thermoluminescence test, thanks to which it would be possible to determine the date of burning the disc. However, the Greek authorities, fearing to damage a valuable find, did not agree to it. In addition, hardly anyone wants to question the Pernier find, whose achievements enjoy widespread respect.

Regardless of whether the disk is real or fake, if any of you would like to see for yourself what this one of the most famous ancient items looks like, you can see it in the new exhibition halls of the Archaeological Museum in Heraklion in Crete.

Anyone who has been to Crete for a while and visited the Minoan palaces in Knossos, Phaistos or Malia, had the opportunity to face huge clay pitos. Great, often reaching the height of modern man, decorated in various ways today, become the main motive of many commemorative photographs taken by the astonished tourists. 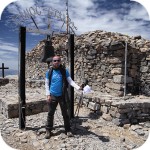 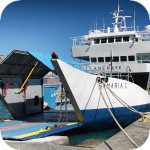 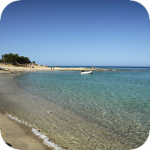