Crete under the snow

Today's Cretan news portals were again flooded with pictures of snowy villages. So we decided to show you some of them. Underneath the posted photos you will also find links to the source pages where you can view more photos from selected places. 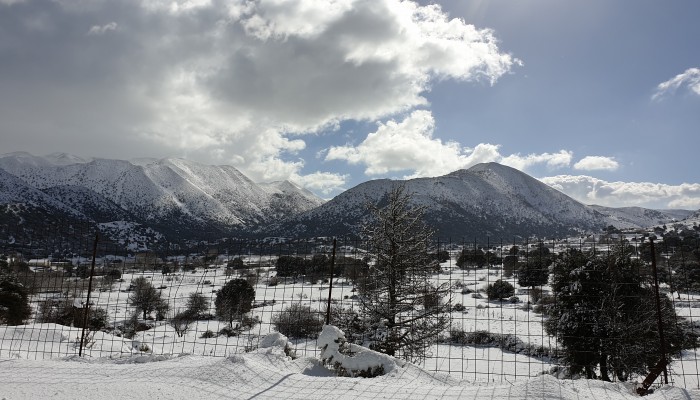 Sfakia region - the photo comes from the website flashnews.gr

This morning, the inhabitants of the mountain village of Anogia found a white landscape behind the windows. A 10-cm layer of snow covered the streets, cars, houses and trees. It was enough for schools to be closed, which most probably will not be open on Thursday. Despite the fact that there is only one-degree frost outside, residents complain about difficult weather conditions. Local authorities do everything to maintain road cross-roads and at the same time warn that cars without 4x4 drive can only move in chains. 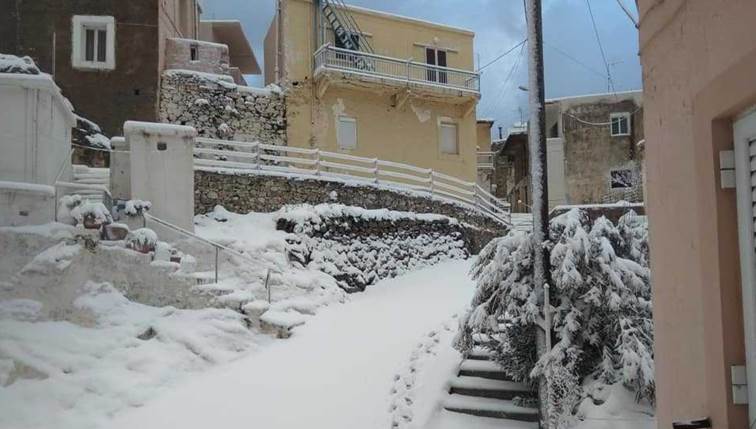 Anogia - the photo comes from www.zarpanews.gr

A similar fairytale landscape enveloped the Sfakia region in the south of Crete. I must admit that this piece of Crete covered with snow presents itself exceptionally picturesquely. Slightly heavier frost (-3 0 C) meant that schools were also closed there. Local authorities are asking drivers to be cautious and to use chains put on wheels. 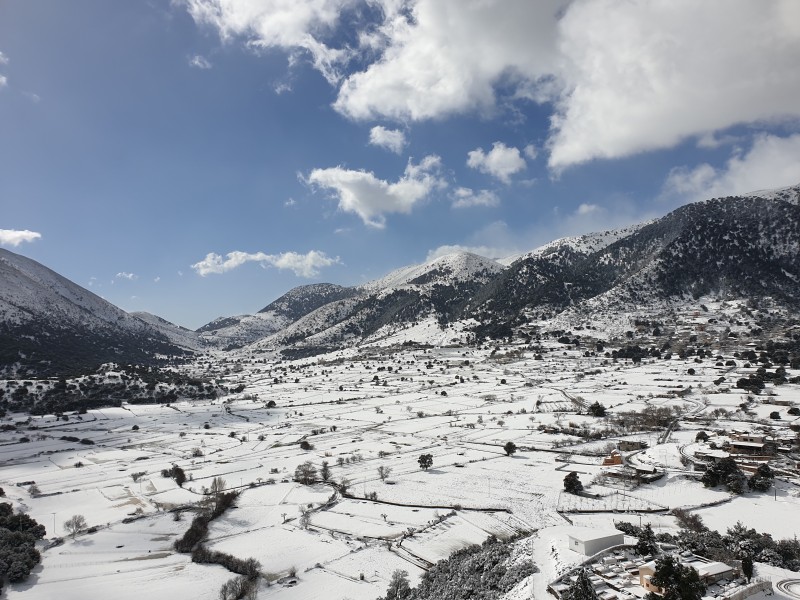 Sfakia region - the photo comes from the website flashnews.gr

The region of Preveli beach is also spectacular. It is not often possible to see a palm forest in the vicinity of snow. Below is a photo of Yannis Tsoumetis published on neakriti.gr A lot of snow fell on the Omalos Plateau surrounded by high mountains. The road leading here is still open, but due to the very large amount of snow, the authorities are appealing to limit travel to this area of Crete. After sunset, when the temperature drops even more you can expect the roads will be even more slippery. There are also landslides and stones lands here.

The huge snowfall that struck the Lassithi plateau, in addition to many problems, created beautiful idyllic images. Just a day before, the region was more like a lake. Early rainfall and snow melting in the surrounding mountains heavily flooded this flat agricultural area. In many places, rock landslides have also appeared. In the Messara region, the snow falling for many hours also appeared on Lake Zaros. In summer, this artificial lake presents itself in beautiful greenish colors. Now, however, it has taken on a completely different color scheme. The charming white landscape of the lake surprised the local residents, who have so far seen such an aura rather in the relations with the north of Europe ;-)

The eastern part of Crete is also struggling with winter. The mountain villages near Ierapetra were covered with continuous snow. Precipitation appeared after midnight and lasted until noon today. The traffic of cars is very difficult, especially in the regions located 400-500 m above sea level
Problems in supplying electricity were Xerokampos and many homes were left without heating. Mountain villages in the region of Ierapetra - the photo comes from the site www.neakriti.gr

In many regions, apart from snowfall, the wind is also bothersome (9 degrees on the Beaufort scale), which since yesterday afternoon has prevented sea navigation not only within the ports of Crete but also in Greece. Yesterday, the ship "Elyros" ANEK coming from Athens to Chania for 3 hours was not able to safely get to shore in the port of Souda.