The most important events in Crete in 2018

2018 was an important year in Crete for many reasons. He abounded in interesting and important events, binding decisions and important guests. Crete also appeared in the media due to events that nobody could influence. Let's look at the not-so distant past and let us recall these events. The end of March brought the Cretans a literally apocalyptic event. He covered a large part of the island for a few days with thick African dust. Nothing unusual, because this phenomenon is repeated here every year, but in 2018 it was extremely intense. According to the observatory in Athens, on March 22, one of the largest transfers of desert sand from the Sahara in North Africa took place. He covered the whole country, and the concentrations were the highest in the last 10 years. PM10 levels exceeded 500 micrograms per cubic meter and blocked the sun's rays. The elderly, sick and children at that time received a recommendation not to leave their homes. Such a large amount of dust, however, was a problem even for healthy people. Hovering in the air definitely limited visibility and influenced breathing discomfort.

The landscape on Crete on these days took on orange-yellow colors. Its inhabitants struggled with such a big problem of pollution with everything that in some places there were problems with the delivery of fresh water. Its demand was so great that unfortunately the water supply system failed in many places and was closed for up to 4 days.

Renewal of the terminal at N. Kazantzakisa airport in Heraklion

The beginning of May brought the opening of the renovated part of the airport departure hall in Heraklion . Everyone who used this airport knew about its very poor condition. There is nothing to cheat about - this is a local and small airport that has been serving the vast majority of domestic and international flights since the holiday boom lasts for Crete. It is also worth remembering that the ambition of the Greeks is to increase the number of tourists coming here to rest and extend the holiday season. This means that every year more and more people use the airport from the airport.

The Kazantzakis airport itself, unfortunately, can no longer be expanded to make it more comfortable for passengers and service. In addition, in the near future is the construction of a new airport in Kasteli, which is to take over the function of handling passenger traffic. No wonder, then, that the authorities did not want to invest money in major repairs. 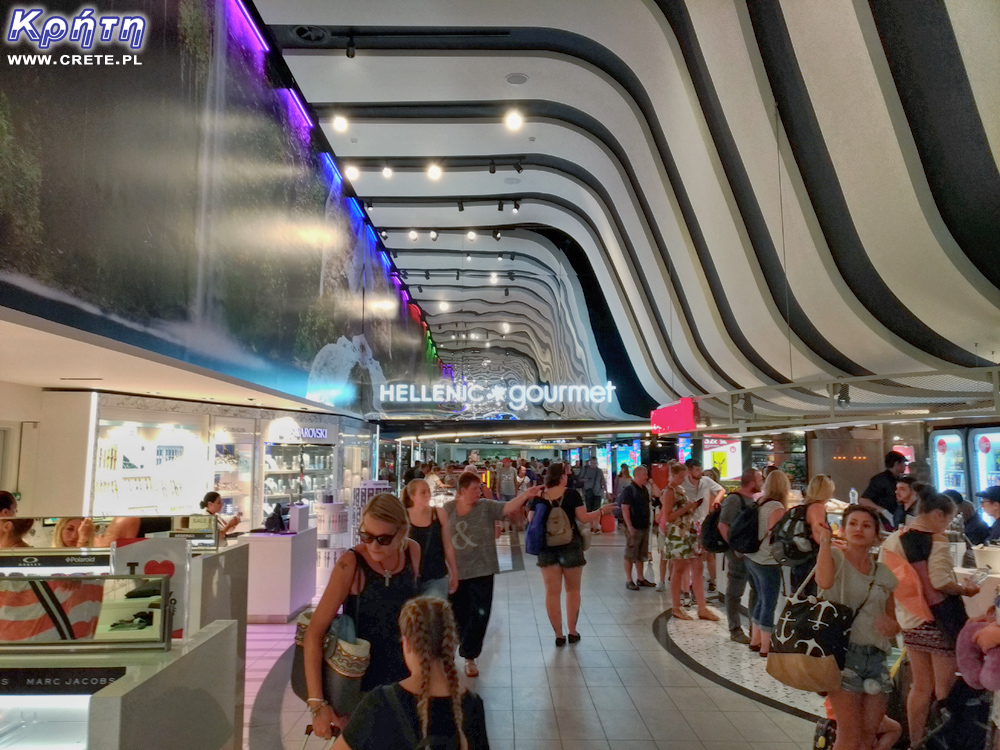 Where, then, was the idea of remodeling and renewing the departure hall born? Well, the Duty Free Shops SA chain of stores is the idea and its financing. present at airports. In addition to the renovation of the departure hall , elevators were also installed and the duty free shops network was expanded, which now has a total area of over 2,000. sq.m.

The visit of Prince Charles , who visited Crete in May, was also widely reflected. According to the media, it was his first visit to the island for twenty years. Karol and Camilla, in addition to visiting the excavations in Knossos, took part in meetings with the inhabitants of the island. A special "fete" in honor of the prince was prepared in the town of Archanes. Guests had the opportunity to get to know Cretan hospitality, culture and local delicacies. The Prince of Wales also spoke in Heraklion about the integration program of refugees currently residing in Crete. Karol and Camilla promised to return to Greece. 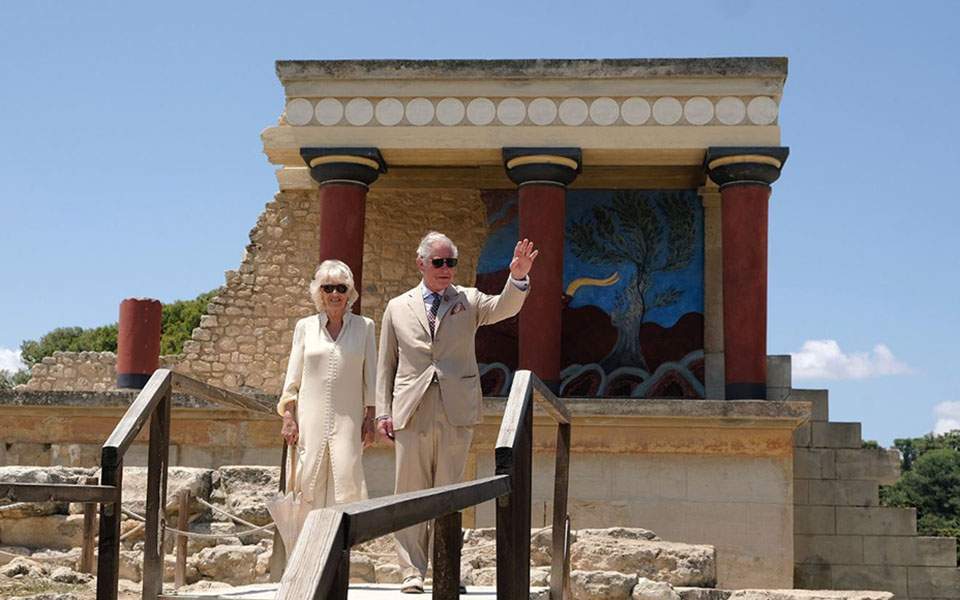 The photo comes from the portal www.zarpanews.gr

At the end of July, the media attention was focused on Crete because of fires . It is worth knowing that they are not new here and they happen almost every year. Unfortunately, those that took place this year were the work of man. The destructive action of this element was fueled by a strong wind, which only exacerbated the situation and hindered the work of firefighters.

Exceptionally, this situation coincided with the tragic fires that took place in the mainland of Greece. Fires that broke out on Crete can not be compared to those from the Attica area. Unfortunately, in the eyes of the media, "Crete was burning", which was, however, definitely an exaggerated picture of the real situation

Capricious this year, the weather again showed at the end of November, when a sudden and quite unexpected breakdown of weather came to Crete. "Penelope" brought Crete a storm, local whirlwinds and water, as well as heavy rains. As a consequence, many roads were flooded or even impassable due to landslides. Many houses, cellars and company buildings have been flooded. Many olive, vine, vegetable and fruit crops have been destroyed. Suddenly, swollen water in river beds sank many animals.

It is probably everyone who knows the important, needed and long-awaited investment. Unfortunately, a very long decision-making process, the preparation of appropriate procedures and tenders is basically an endless epic that has been going on for several years. In 2018, the main contractor of the project was selected at the end of September. In December, the court's judgment also gave the green light to the concession project, which paves the way for the final stage of the procedure: the ratification of the concession by the Greek parliament. This means that the construction of a new airport may start already in January.

The fact that Crete is struggling with the problem of deprivation of electricity, some tourists can see themselves during the holidays. Often, there are situations of planned and unplanned interruptions in power supply. Those planned are announced in newspapers in advance, but this does not change the fact of their nuisance. 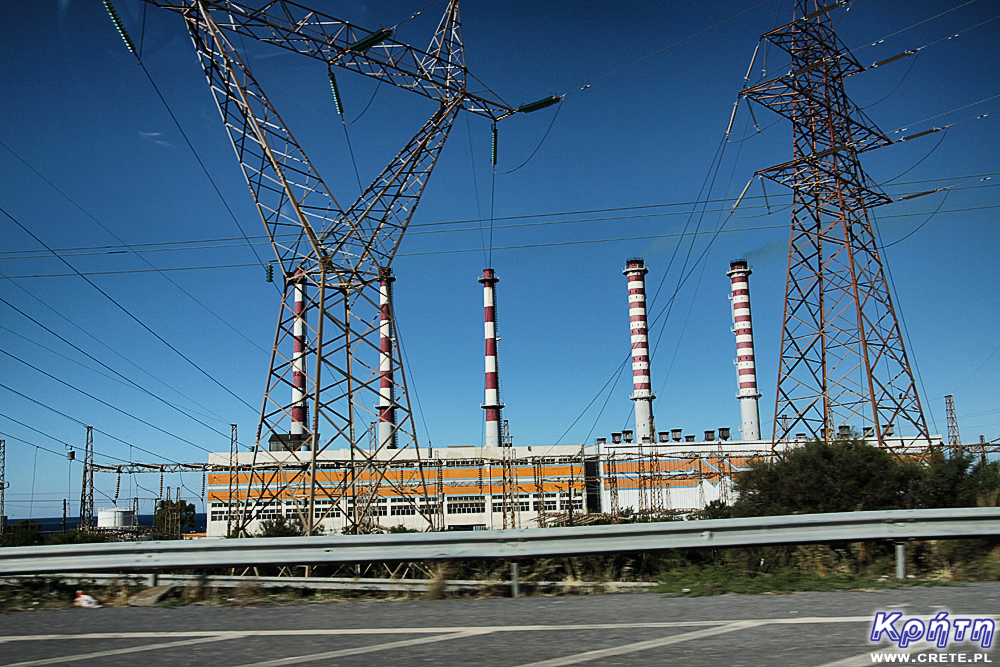 That is why it is important to sign a contract for the construction of an electrical connection between Crete and Peloponnese. The project with a budget of EUR 330 million is one of the largest in Europe and in the world. The 132-kilometer cable connecting southern Peloponnese to the Kissamos Gulf region of Crete is to ensure the energy security of the island.

The day of signing the contract by the Greek Minister of the Environment with the consortium responsible for this project is already called "historic". As Statakis stresses, thanks to this contract, the future of Crete's energy future has come to a new dimension. What is important, it will also allow gradual withdrawal from Crete of currently used mazuta-powered power plants. Under European regulations, their use should end by 2020.

Meeting at the Elounda summit

In October, media attention was drawn to the picturesque Elounda in Crete, known to tourists primarily as a basin of expensive and luxury hotels. A tripartite meeting of the authorities of Greece, Egypt and Cyprus was organized here to underline the high level of cooperation between these countries. The leaders of the countries discussed important problems, signed several agreements and protocols of tripartite cooperation for joint regional development, energy security, cooperation in the economic, digital, environmental and economic sectors. 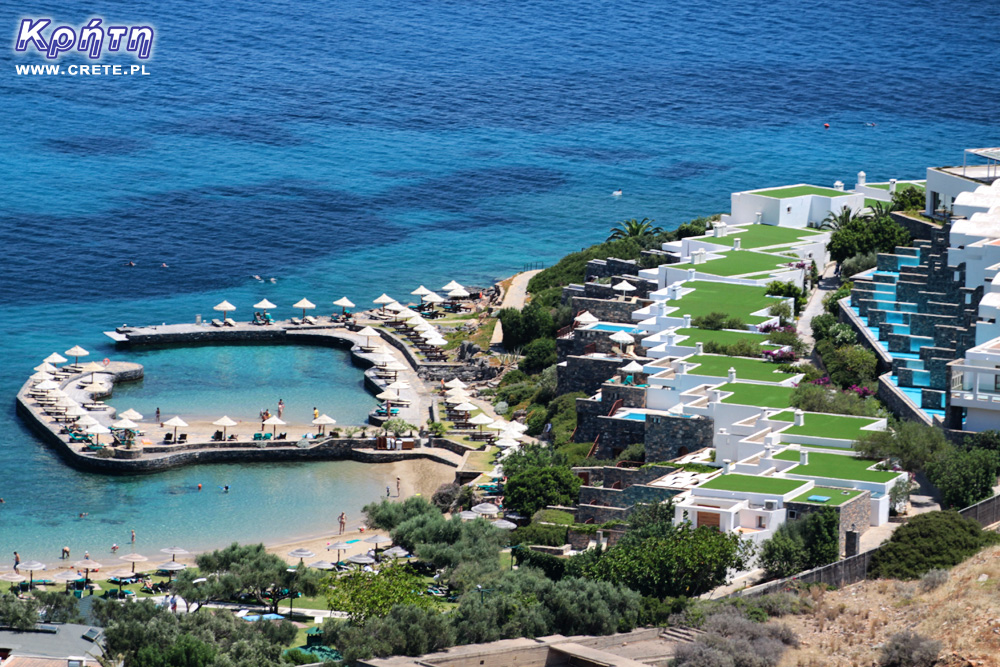 For many years Greece has been targeting companies seeking undeveloped oil deposits. The situation began to change when five years ago, the Norwegian company Petroleum Geo-Service submitted to the Greek Ministry of Energy the results of seismic surveys, whose development was entitled " Greece MegaProject ". The list included a complete database prepared for the Ionian Sea area, as well as part of the Libyan Sea along the southern coast of Crete. At that time, the area of the seabed covering around 30,000 square kilometers was examined. These results were interesting.

Now everything indicates that the bones have been thrown. Greece has launched a tender for exploration and production of oil and gas, which won, being the only bidder, a Franco-US-Greek consortium. Exxon Mobil, France's Total and Hellenic Petroleum will explore two oil-bearing fields located on the western and north-western coast of Crete, covering respectively areas of 19 868 km 2 and 20 058 km 2 . The next step was the adoption of the concession agreements by the Court of Auditors, so that in the first months of 2019 it would be possible to start research work. 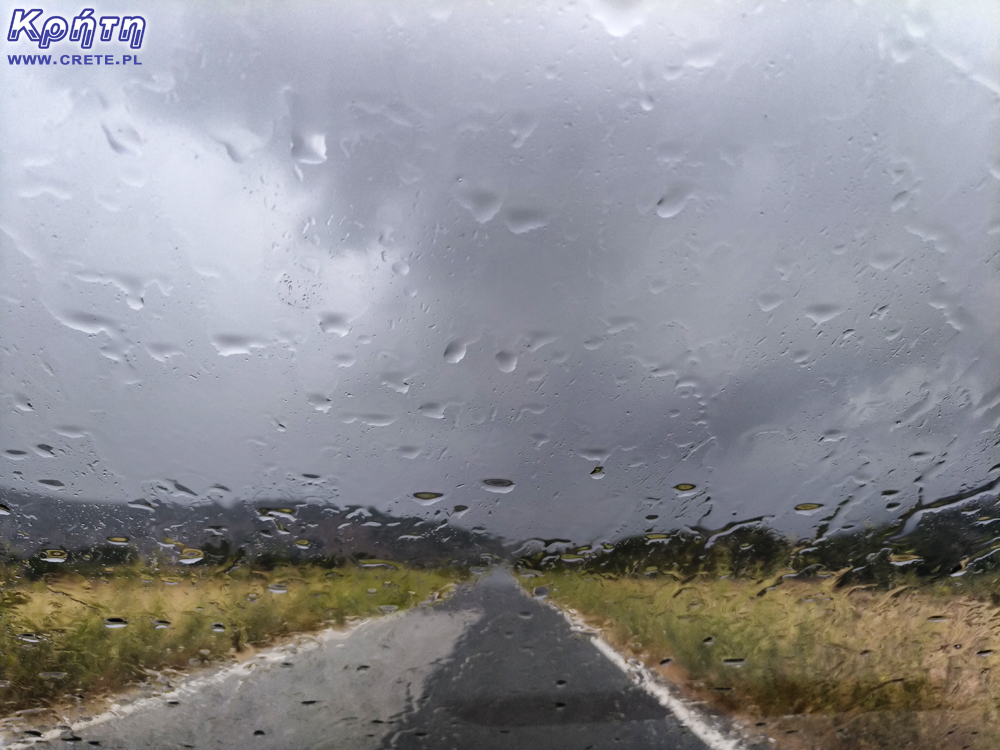 This year, the unstable and not always predictable weather in Crete surprised not only tourists but also the residents themselves. The mild last year's winter with small snowfall raised concerns about the state of fresh water reserves on the island. In full summer, however, storms and rainstorms could have occurred, which in that period were astonishing even the oldest of the Cretans. Later in the autumn, Kreta was visited by prolonged periods of drought that had a negative impact on the quality of oil pressed at the end of last year.

Finally, among the less significant events of 2018, it is worth mentioning: