The turn of May and June is a special period in Crete in which Caretta caretta turtles begin their breeding period. These turtles once a year go ashore to lay eggs and, among other things, Crete is the place where the new generation is hatching. Unfortunately, the population of this endangered species is systematically dropping, so to ensure the breeding conditions for the animals and allow the young to travel safely to the sea, special patrols are being made to control the beach and watch over the established nests. May 23, World Turtle Day falls, around this date is usually the symbolic beginning of the turtle breeding season in Crete. 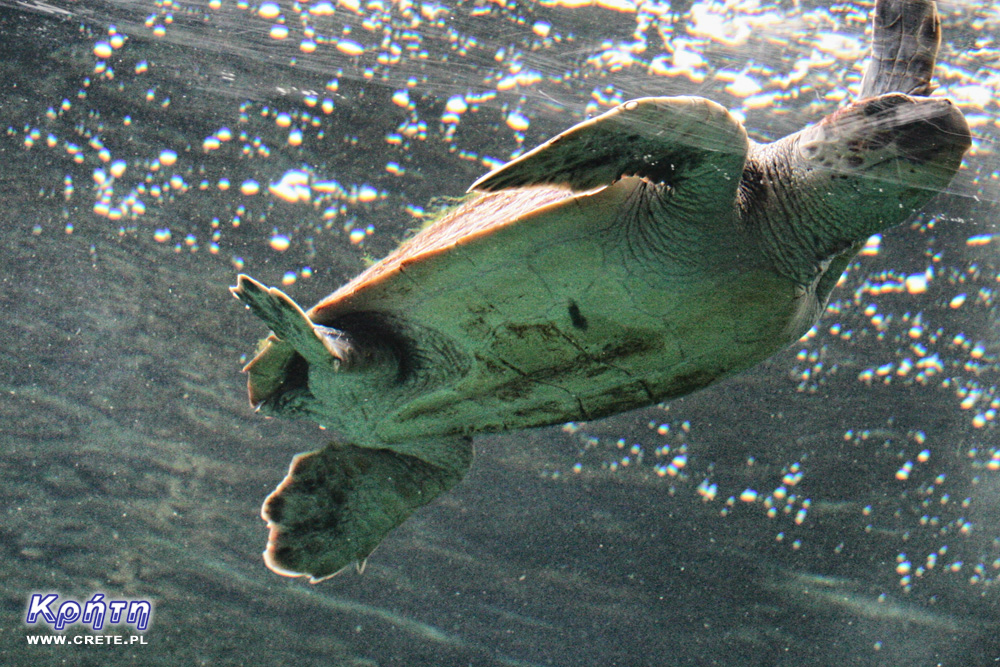 The Caretta Caretta turtles are one of the most characteristic species of animals in the Mediterranean and one of the seven species of sea turtles that exist on our planet. Adult individuals reach dimensions of about 1.2 meters and about 100 kg of weight, although much larger specimens were also found. Under favorable conditions, they can live up to 80 years. Female turtles go ashore once a year between June and August, to lay around 150 eggs under cover of the night in dug holes in the sand. After 80 days of incubation, the young are hatching from them, waiting for the most important challenge. The instinct directs them towards the sea, where they see a lighter strip of horizon emerging when the light of the moon bounces off the surface of the water. Unfortunately, only some of the turtles are crossing this path, and those that reach the sea, often become food for crabs, small fish and other marine animals. Therefore, mortality among young specimens is very high. An interesting fact is that turtles for the breeding period flow wherever they came into the world. This unique behavior, however, turns out to be fatal, because the places of turtles that die will not occupy other individuals.

An additional threat was created by man, as the dynamic development of tourism on the Greek islands, which is the most popular breeding area, causes a systematic decrease in the number of nests of these animals. Umbrellas stuck on the beaches, a large number of sun loungers, artificial lights after dark, noise, driving vehicles on the beaches and rubbish left by tourists, cause slow dying of turtles. Even the ordinary plastic bags that turtles associate with jellyfish being their delicacy are a deadly danger to them. 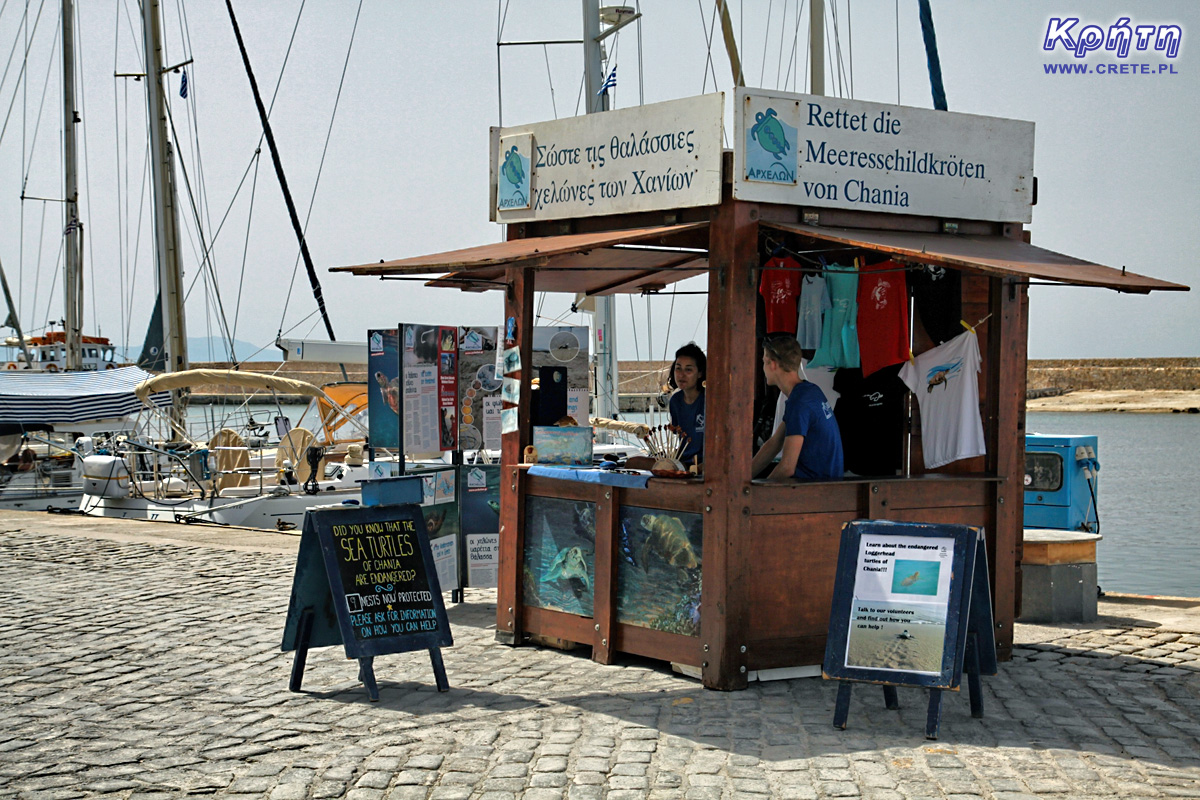 To protect these turtles and their nesting areas in 1983, the Archelon organization was established. Her work is based mainly on volunteering, so every year more than 500 volunteers from around the world monitor daily the main breeding areas, conduct research and work on the restoration of habitats. Archelon's task is also to raise public awareness and rehabilitate sick and injured turtles. All this takes place in close cooperation with state and local authorities, as well as residents and tourist business, which strongly affects the appearance of the coast.

The Caretta Caretta breeding areas are located, among others, on the island of Zakhyntos, Peloponnese and Crete. Three most important breeding areas have been identified in Crete: at Messara bay, next to Kalamaki, at Rethymno and Chania. Therefore, it may happen that during a holiday journey you will encounter Caretta caretta's tagged metal fence on your path. If anyone of you would like to talk to the volunteers of Archelon about their work and the protection of turtles, then a good place to meet these people is the Venetian Port of Chania. Unfortunately, it is in the region of Chania and Rethymno that a decreasing number of turtle nests is recorded every year. At the national level, in the case of Chania, this figure is lower by 6% per year, and Rethymno by 4%. In the Messara bay, fortunately, the number of nests does not change. You can also encounter them in other parts of Crete, but these will be rather individual pieces. 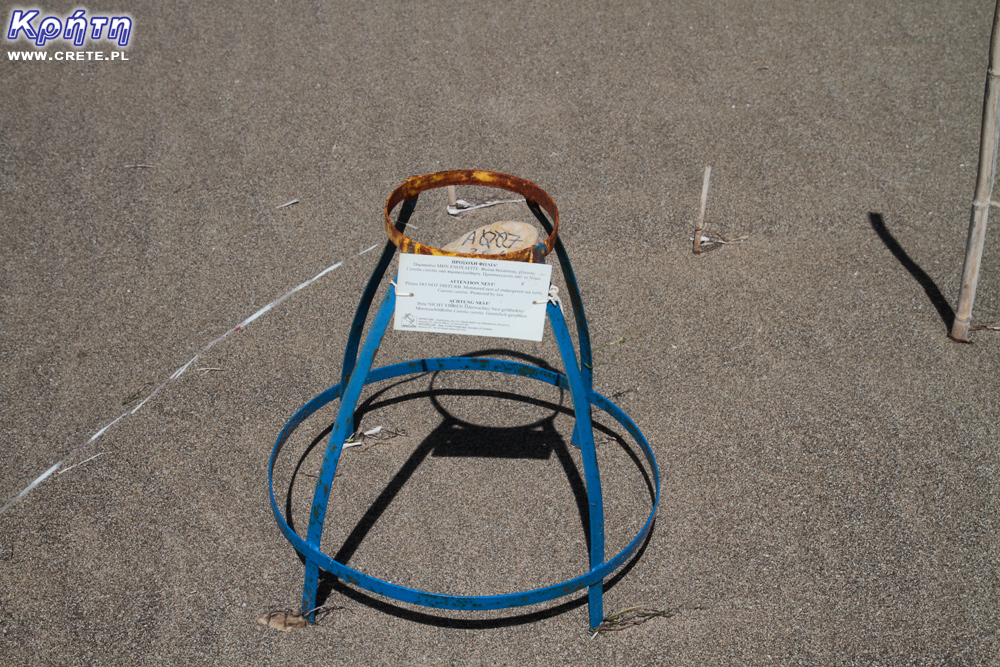 A metal cage for a turtle nest

Each such new Archelon slot means a special metal cage that has the task of protecting it. In places where strong lights are abused by the beaches during the night hours, you can also find small fences that allow little turtles to safely reachthe sea. It happens that when young people see a different source of light instead of heading towards the water, they take the opposite direction ...

Other factors responsible for this drastic decline in nests are, above all, the uncontrolled development of cities and the development of beaches. Particularly important are the unoccupied deck chairs, beach umbrellas and platforms that make it difficult for the turtles to go to the beach and dig a nest. Loud and heavily lit after dark taverns cause confusion of young people. Leveling the dunes for the growing buildings causes the reduction of beaches and taking potential breeding sites. Fishing gears such as nets and hooks also pose a threat. 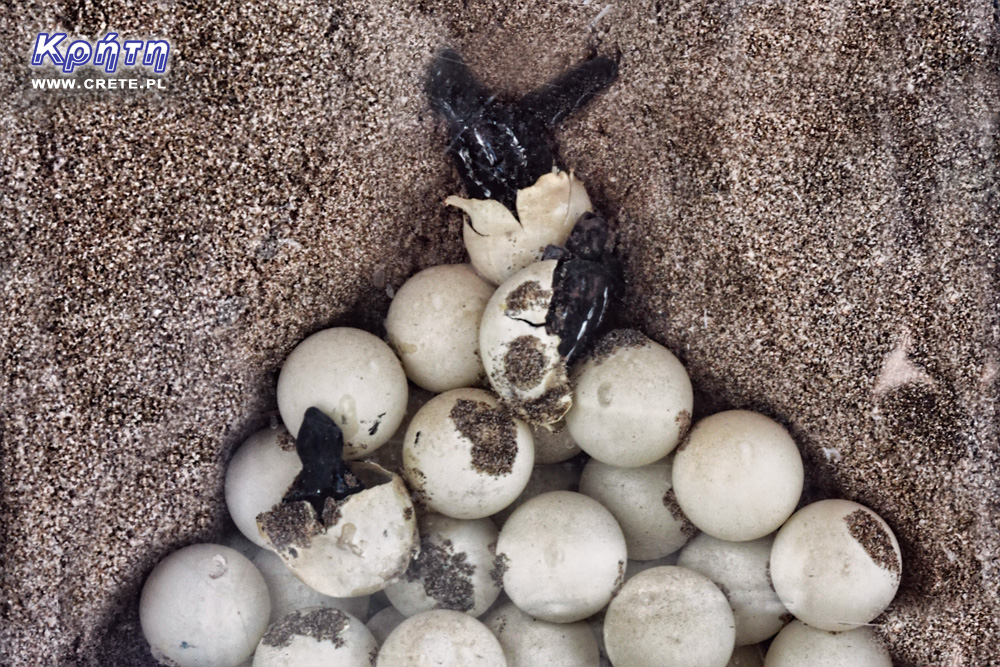 In 1997, Archelon formulated a plan of action for the coastal zone, which does not require large financial expenditures, but only good people's will. Adapting to not-too-stringent recommendations of this recommendation can help to protect sea turtles

This plan involves, among other things, collecting sun loungers deep into the beach during night hours, folding umbrellas, not using strong lights near the beaches or introducing special direction lighting that will not illuminate the beach. Of course, it is forbidden to dig turtle nests on your own, the decision to move the nest can only be undertaken by Archelon if it decides that it will be destroyed in this location. Employees of this organization are also asking for notification of cases when the turtles lose their orientation and enter the hotel located by the beach. Some beaches and bays in the breeding areas are closed after dark and they are forbidden to swim with motor boats and play music. The noise causes vibrations in the ground, which damage the nests and the eggs in them, and also hides the turtles going ashore. 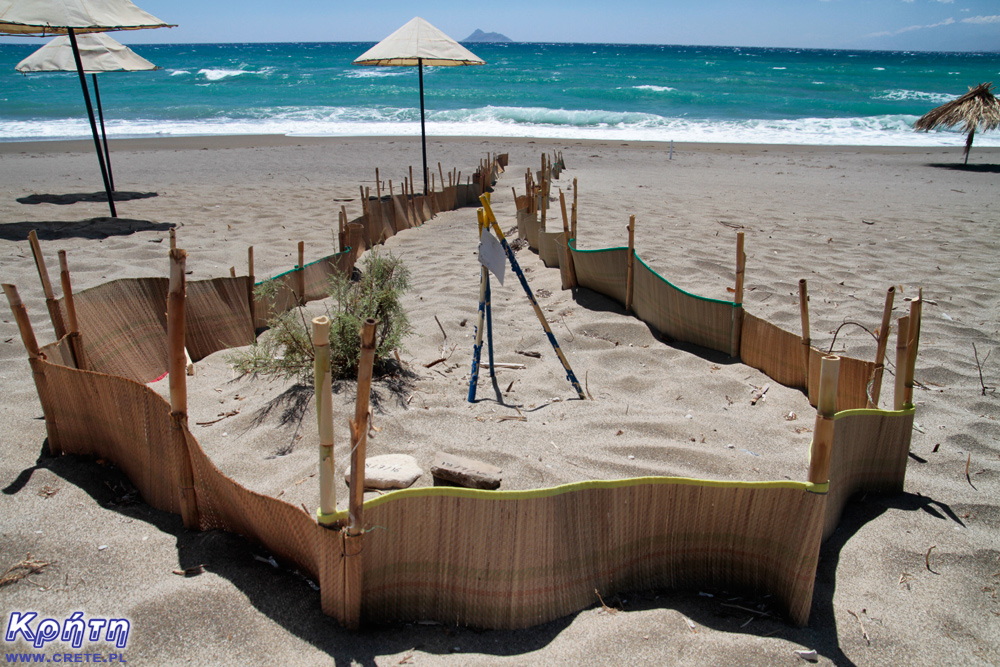 Looking at the list of these limitations, first of all, we need to remember about the superior value, because the presence of turtles in these regions of the world is a healthy environment which should be a priority for regional authorities, but also for us tourists visiting such places. It also seems that the regulations regarding the functioning of the beaches, which the Greek government adopted in April 2015, also favor the protection of these unique animals. 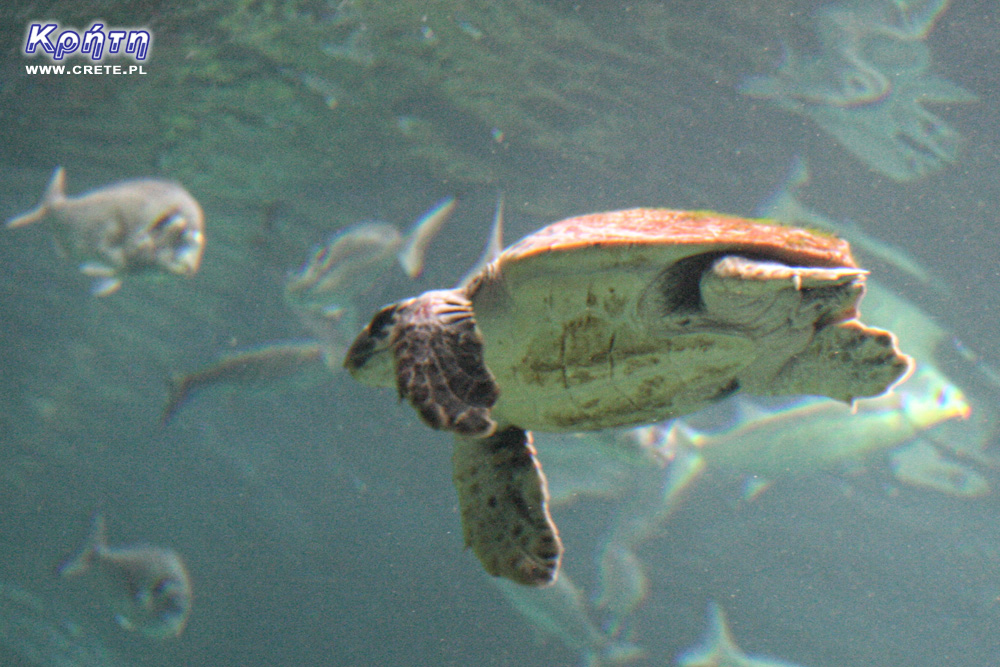 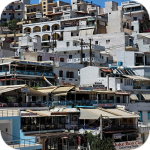 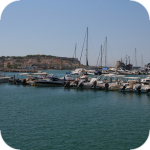 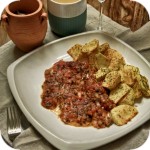