Cretans went to the beaches

This weekend in Crete there is truly holiday weather, which is accompanied by very high temperatures. In some places, the mercury column exceeded even 40'C. This situation took place, among others, in Heraklion and Moires. So it should not surprise anyone that the local residents were eager to spend the day at the seaside on the beaches. Unfortunately, due to the current situation, many places are not functioning yet or are still in the period of preparation for serving guests. 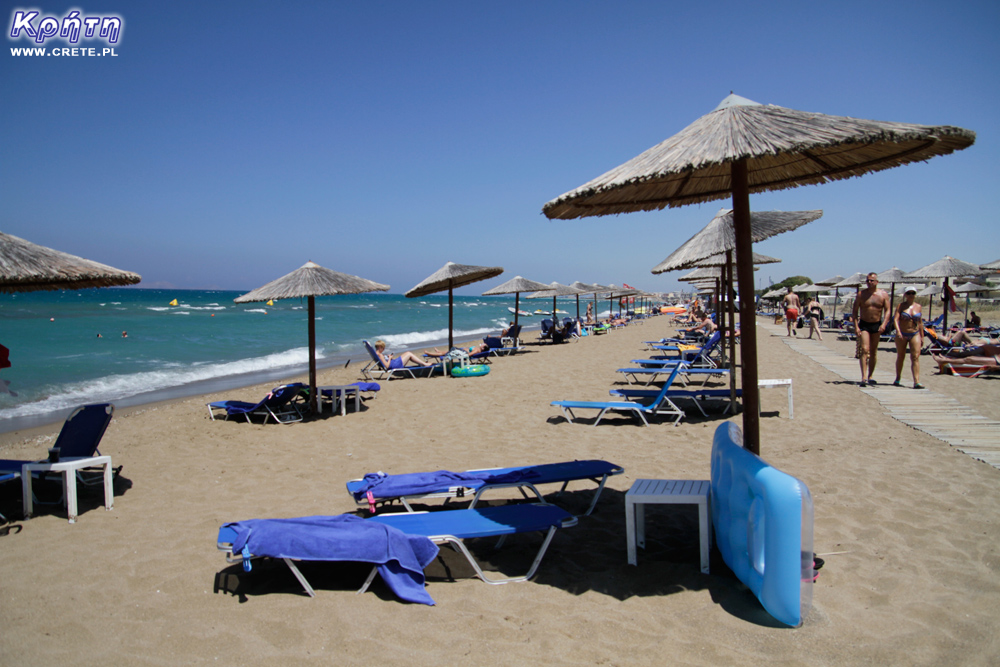 However, there are beaches in Crete today, where people thirsty for the sun can count on using the full infrastructure. One of them is the city beach of Karteros located in Heraklion, which is open every day from 8am to 8pm. This place was even visited today by Vassilis Lambrinos - the mayor of Heraklion, who together with his colleagues checked whether deckchairs and other beach infrastructure are set according to the guidelines. They also controlled the procedures related to disinfection and cleaning of the beach.

According to local media, other beaches in Crete were also very popular, including those where procedures for development tenders have not yet been carried out. It is worth mentioning such as: Nea Chora in Chania, Stalos, Agia Marina, Hersonissos. The lack of beach infrastructure, including sunbeds and umbrellas, however, was not the slightest obstacle for local residents, who appeared there with their own equipment to enjoy the sun and the cold sea.

Good weather also decided to take advantage of the members of the local associations in Gournes and Kokkini Hania, who decided to devote this day to cleanse the local beaches. As part of their action, they collected garbage that had accumulated there during the winter.

Finally, as a curiosity summary of the inauguration of beach activities, we would like to mention today's police action that was carried out in the area of the beach in the town of Sougia. There was an illegal wild camping inspected there, inhabited by about 12 people. The grounds for this intervention were the complaints of local residents and the fact that, according to Greek regulations, such casual camping is illegal.

This is not the first situation of this type in Crete. Information about controlling such places appears from time to time in local media. It is noteworthy, for example, that a similar police action was carried out last week at Elafonissi.