Coronavirus in Greece and Crete

Certainly in recent days some of you have wondered what the situation in Crete looks like when it comes to coronavirus. Some people asked us about it in private messages. We have collected the latest information ahead of the next questions of this type. Their publication is not panic, which some people accused us of after the last article about the decline in tourist reservations . People who have been reading our site for years know that our primary goal has always been to promote Crete, not harm anyone. However, we have never avoided difficult topics, regardless of whether someone likes it or not. In the comments to the previously mentioned news, we were even accused of sowing "Turkish" rumors. Unfortunately, as you can see, conspiracy theories have not bypassed our activities. 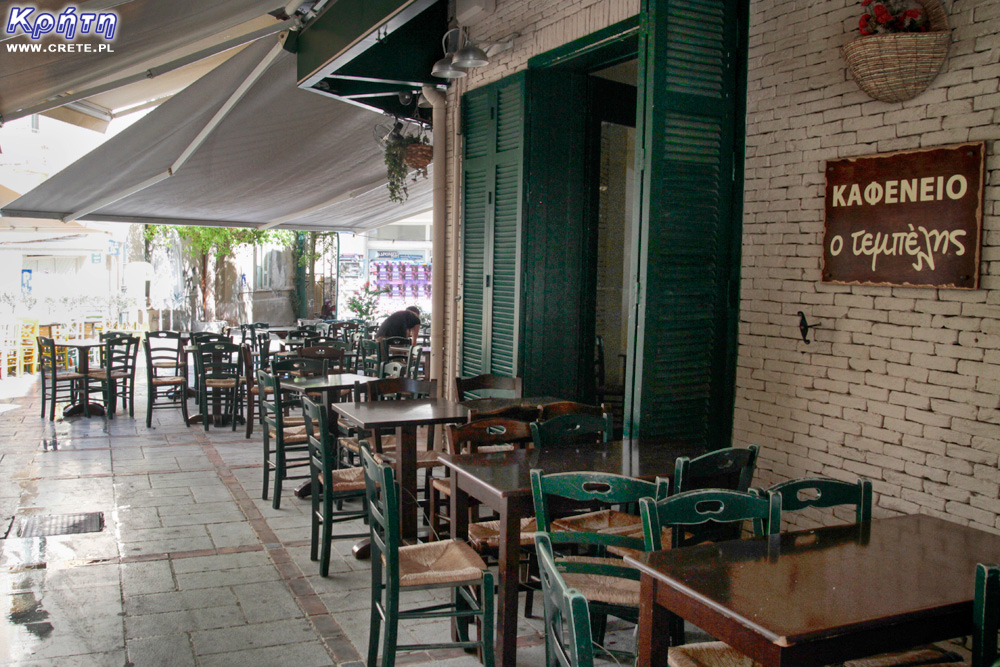 Regardless of what you think about the virus, you have to admit that this is an extremely important topic that will directly or directly affect us in one way or another. The seriousness of the situation is easy to see, because it is enough to look at the events taking place in Italy, Iran and other countries where control of this epidemic has been lost. Restrictions imposed by governments of other countries change our lives. It is already known that losses caused by the virus will hit not only tourism, but most companies operating on the market.

It seemed for quite a long time that COVID-19 cases would bypass Crete. Certainly many local residents counted on this development. In reality, however, the fact that the virus would also reach the island was only a matter of time. The more so that in recent days the number of cases in all of Greece has started to increase gradually. At present, exactly 190 cases of COVID-19 have been reported, but only today 73 people have fallen ill. The first wave of infected people appeared in Greece after the trips to Egypt and Jerusalem. From what the media reported, unfortunately not all relatives of the sick respected the quarantine rules. As a consequence, for several people it even resulted in arrest and referral to the prosecutor's office. However, much more serious repercussions associated with this dismissive attitude are the current large increase in incidence.

The first case of incidence in Crete was recorded only this week on Wednesday. A 45-year-old resident of Heraklion, who was recently in Athens, turned out to be suffering from COVID-19. It was there that he was most likely infected with coronavirus. Unfortunately, this is not the only case of COVID-19 that has been reported in recent days on the island. According to the latest reports, 5 cases of coronavirus infection have probably been reported in total. At the same time, the local epidemiological services clearly indicate that more illnesses can be expected in the coming days.

In Greece, as in many other countries, measures are being taken to counter the spread of coronavirus. The work of the courts has been temporarily suspended, which will remain closed until at least March 27. Many of the state offices will also operate to a limited extent. Most of them will remain closed to outsiders, and most current affairs will be handled by phone or electronically.

However, the Cretans themselves must be praised for introducing various restrictions before the virus officially appeared on the island. Canceled events, closed schools and colleges are a proactive course of action that is recommended by epidemic specialists. This will slow down the spread of the virus and avoid a rapid increase in incidence, especially in cities, which is always the worst-case scenario. The authorities' activities and restrictions imposed are also fully supported by the church there.

In addition to the preventive measures taken so far, a postponement of the marathon that took place every year in Crete was announced today. Until March 30, museums and archaeological sites also suspend their activities. Driver exams were even suspended and playgrounds closed in Heraklion. The Greek government decided to close shopping centers, cafes, restaurants, bars, libraries, beauty and hairdressing salons.

The Greeks went shopping in crowds

As in Poland, the appearance of a coronavirus in Greece has resulted in a marked increase in store traffic. In the last week of February many of them recorded almost record turnover. Market analysts say that they are comparable to those that took place in 2015 just after the implementation of the regulations on restricting capital movements.

There is also a lot of traffic in stores today. Especially the second big wave of consumers appeared in Greek stores last Tuesday, when the decision to close their schools was announced. Just like in Poland, first-aid products such as soaps and toilet paper quickly disappeared from store shelves. Frozen products were also very popular.

The Greek government ensures that the supply of products to stores should not be disturbed. A similar position is also presented by the trade industry itself, according to which inventory accumulated in warehouses is enough for up to two weeks of such intense sales. Just in case, the Greek government announced that meetings would be organized at two-day intervals during which the current distribution situation would be discussed with representatives of major retail chains.