6.1 on the Richter scale

Early this morning at 9:23 people in Crete were surprised by a fairly strong 6.1 magnitude earthquake. According to seismologists, the epicenter was located at a great depth (54 km) between Crete and the small island of Antikythera located about 35 km west of Crete. The shocks were so strong that they were also felt in mainland Greece. Fortunately, there were no casualties and no major material losses. Scared residents were leaving their homes seeing shaking furniture. For safety reasons and the risk of aftershocks, the mayor of Kissamos commune, where the shocks were most felt, ordered the evacuation and closure of all schools and kindergartens. In the Heraklion area, where medium shocks were also felt, students had to leave the school buildings.

The strongest shocks were felt in the Chania nomos area on both the north and south coasts. According to reports, they were particularly troublesome in Paleochora. Noticeable shocks are also reported by residents of more distant towns such as Spili, Moires, Anidri, Stalos, Zaros, Heraklion, Rethymno and many others.
The earthquakes that occur in this region of Europe do not surprise anyone, because Crete is located in an active seismic area. Most often, however, there are shocks that are hardly or almost imperceptible to residents. As a rule, they range between 4 and 5 on the Richter scale. Today's quake, however, had the strongest amplitude in recent years. 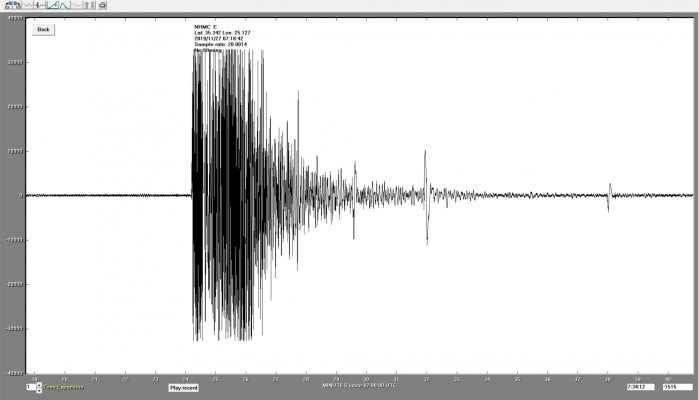 As the director of the Institute of Geodesy and professor of seismology Akis Zelentis and seismologist Philippe Valianatos assures, today's earthquake is independent of those that hit Albania and Bosnia yesterday, causing 30 fatalities and at least 700 injuries.