Last year's season has fulfilled several years of Greeks dreams of attracting 30 million tourists a year to their country. According to data published by Bank of Greece, in 2018, 30.1 million tourists visited Greece , which means an increase by as much as 10.8% compared to 2017. The large number of vacationers in Greece translated into a more than 10-percent increase in revenues from tourism , or 16.1 billion euros. 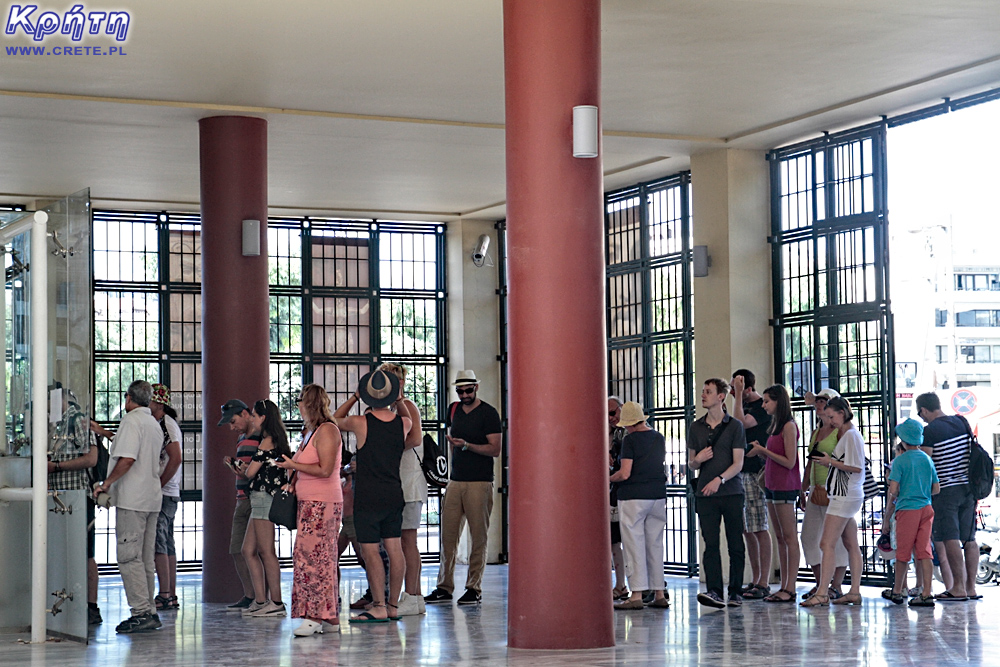 Queue to the cash register in the Archaeological Museum in Heraklion

The most important museums and excavations of Greece in 2018 could not complain about the lack of interest. During the 11-month period from January to November 2018, there was a total increase in the number of visitors to museums and archaeological sites by 12.5% . This means that in total over 18 million people have traveled through the Greek museums and excavations .

Archaeological excavations, which attracted over 12.5 million tourists, were of particular interest. It was a larger number by about 13.8% compared to the same period in the previous year. 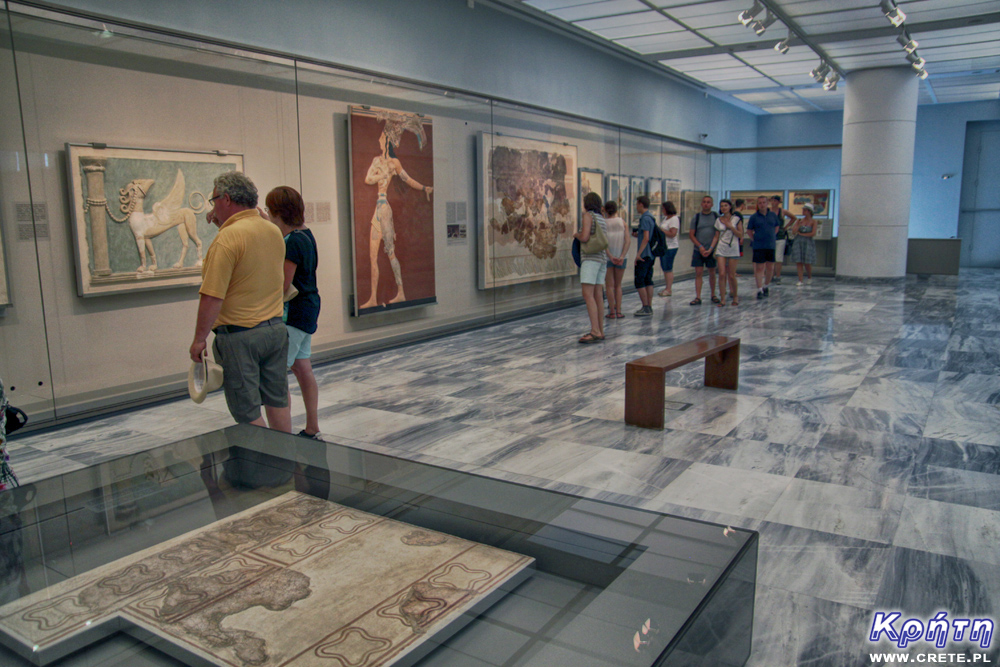 The increase in interest was also recorded in museums, where the number of visitors increased by 9.6% . In total, the number of people visiting all museum objects from January to November 2018 amounted to over 5.4 million people. It is worth noting, however, that this is more than twice as low as the result obtained by archaeological excavations.

During a few designated days of the year, you can enter the museum and excavation area for free. Data collected by the Greek Statistics Office (ΕΛΣΤΑΤ) show that more than 6.7 million people benefited from this option in 2018, or 12.4% (over 740,000 people) more than the year before. However, it must be remembered that not only open days affect the increase of this number. Free entries are also used by privileged people (eg children and young people from EU countries under 18 years old, tour guides, etc.).

Also, smaller museums and Greek excavations were of growing interest . Unfortunately, they have not been described in detail, so we can only provide general values. In the case of museums, this was an increase in the number of visitors to the order of 7.5%, and in the case of excavations by 11.1%.

The greater number of admission tickets sold also translated into higher receipts from ticket sales. By the end of November 2018, the total revenue amounted to over EUR 113.8 million . This means more than a 12% increase compared to the previous year . The total proceeds from the tickets sold at archaeological sites were higher by 12.4%, while in museums by 12.5% than a year ago. In specific numbers, it looks as follows: 17.7 million € of revenue for admission tickets sold in museums and as much as 96 million € for revenues obtained for entries into the excavation site.

At this point, we must draw your attention to the record data that has been recorded in the Archaeological Museum in Heraklion and the excavations in Knossos and Phaistos.

The Archaeological Museum in Heraklion noted an increase in the number of guests by as much as 30.9% compared to last year , which is the largest increase in interest among Greek museums. 545 870 visitors placed this museum in third place on the list of the most popular museums in all of Greece . Only the Museum of the Acropolis (1 690 013 people) and the National Archaeological Museum in Athens (563,085 people) achieved better results. In the last case, however, it can be seen that the difference compared to the Heraklion museum is really small.

Equally spectacular increases were recorded by the archaeological excavations at Knossos and in Phaistos . 837 462 people entered the former Minos palace in Knossos last year, an increase of 33.7% compared to last year's data. Thus, Knossos became the second most-visited archaeological site in Greece just after the Acropolis of Athens. It is also worth paying attention to the big jump in the number of visitors to this place in the autumn months, i.e. after the end of the season. In November, 22,761 people entered the excavation site, which translates into an increase of 62, .2% compared to November 2017. 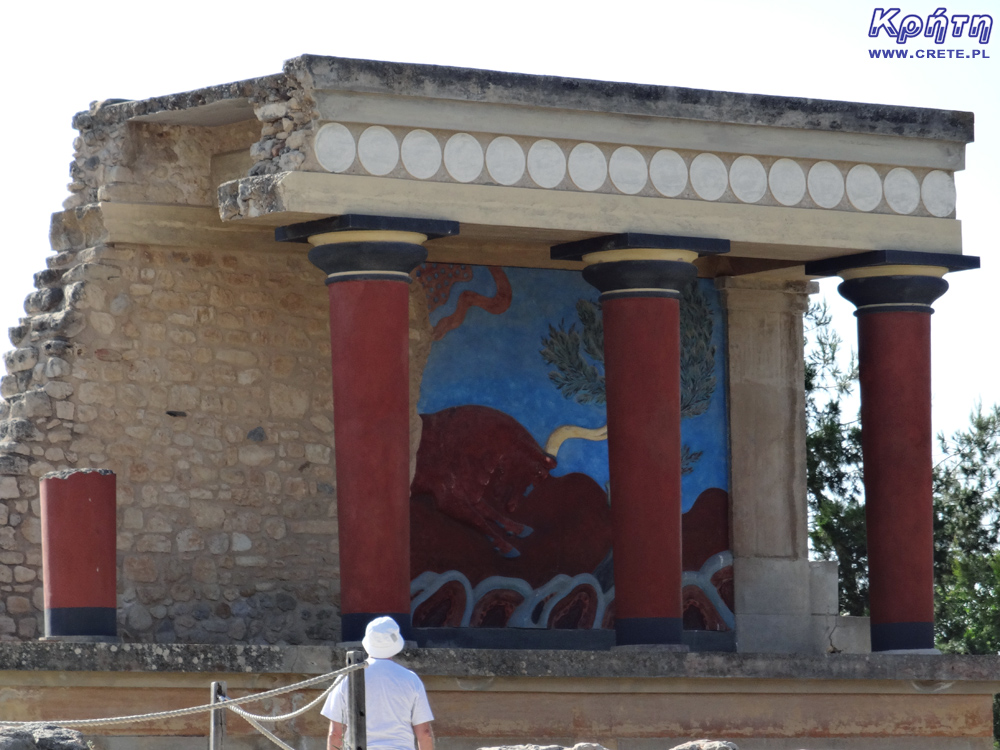 Fajstos registered an even bigger jump of interest, because in 2018 the ruins of the palace were watched by as much as 40.9% more people than a year ago. That means 128 488 tickets sold throughout the year. These excavations were also popular in the autumn. In November 28.9% more people watched it than in the same period of 2017. Overall, the total receipts recorded in Greek museums and excavations in this period increased by as much as 25%.

In a situation where there are more and more interested in museums and excavations, we are not surprised by the decision of the Central Archaeological Council to change the price of admission tickets , which will come into force next year. Analyzing the available data, it can be seen that museums and archaeological sites enjoying strong interest will become more expensive, while the few that do not attract more and more people will become a bit. It seems that Greece is slowly approaching the recently announced by the Greek Ministry of Tourism to maximize the wider benefits of increased tourism demand.