Graffiti on the Chania lighthouse

Today's day in Chania started with an unpleasant surprise. Early in the morning, townspeople noticed “graffiti” appearing on the Faros lighthouse. The news about the unattractive nonsense with which the most important monument and visiting card of the city was dubiously adorned spread like wildfire. 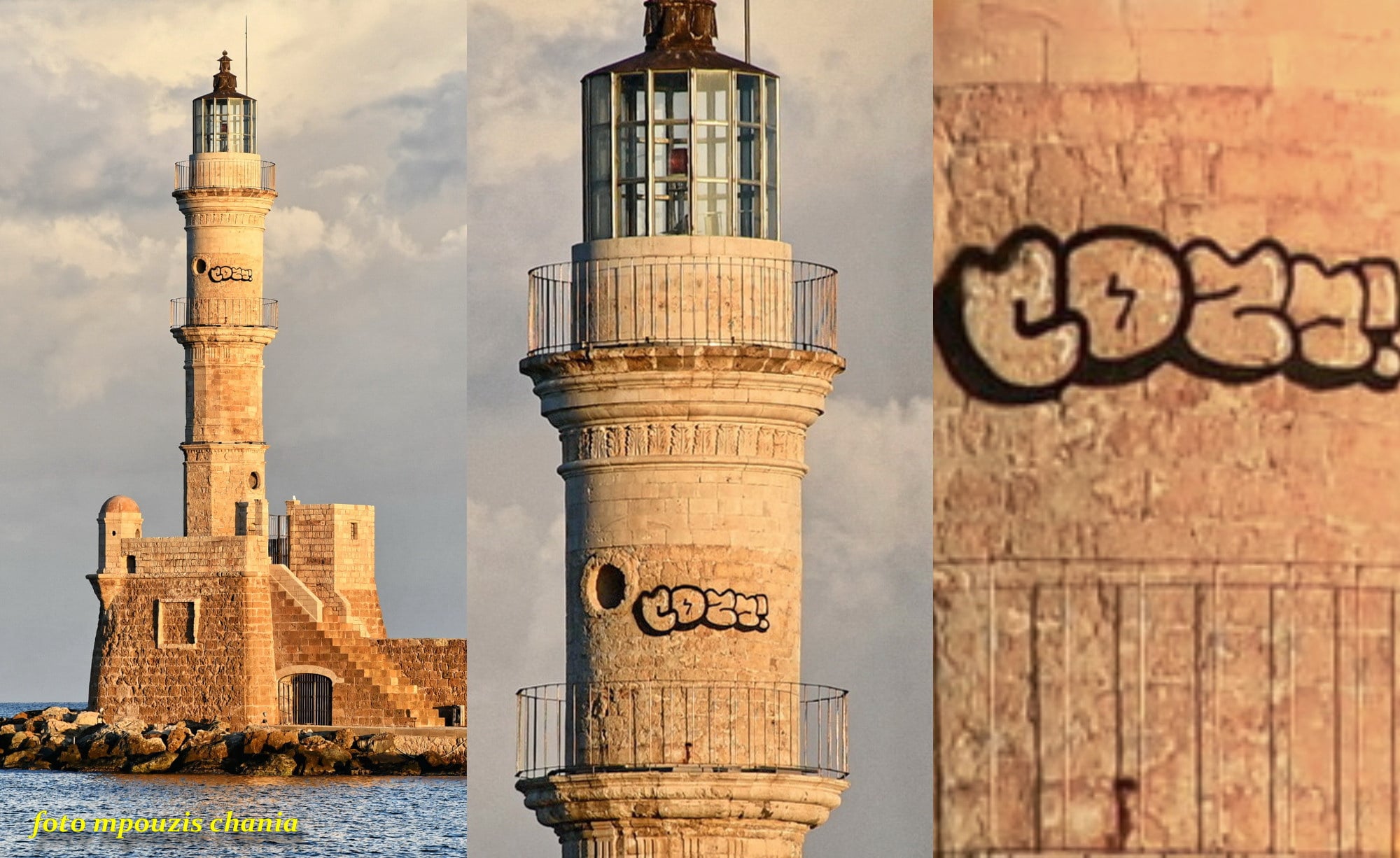 Inspection of the lighthouse revealed that the "authors" breached the entrance door to the lighthouse, climbed the internal stairs and devastated the monument. An investigation is currently underway and camera footage is being analyzed in order to detect the perpetrators.

The port authority ordered to immediately remove the sign from the lighthouse and repair the front door. However, the fact itself greatly shocked not only the inhabitants, but also the city authorities. The mayor of Chania spoke categorically about this incident and demanded that the guilty be punished. Mr. Pavlos Bouzakis wrote that putting graffiti on a lighthouse has nothing to do with any form of art. The creation of graffiti must be governed by the rules, and placing it on monuments, historical or archaeological sites is an ex officio crime. In addition, the costs of removing these paintings are borne by the state, i.e. indirectly by citizens. The lighthouse after removing the graffiti.
Photo source: flashnews.gr