This year's winter faces of Crete

One of the more popular topics that have recently appeared in local media is information about the intense snowfall that has been reported in the mountainous part of western Crete. According to reports published on news portals, the snow cover now in the White Mountains is sometimes several meters high. This situation occurs, among others, on the Omalos Plateau and in the area of the entrance to the Samaria Gorge. I must admit that the pictures illustrating these articles look amazing. 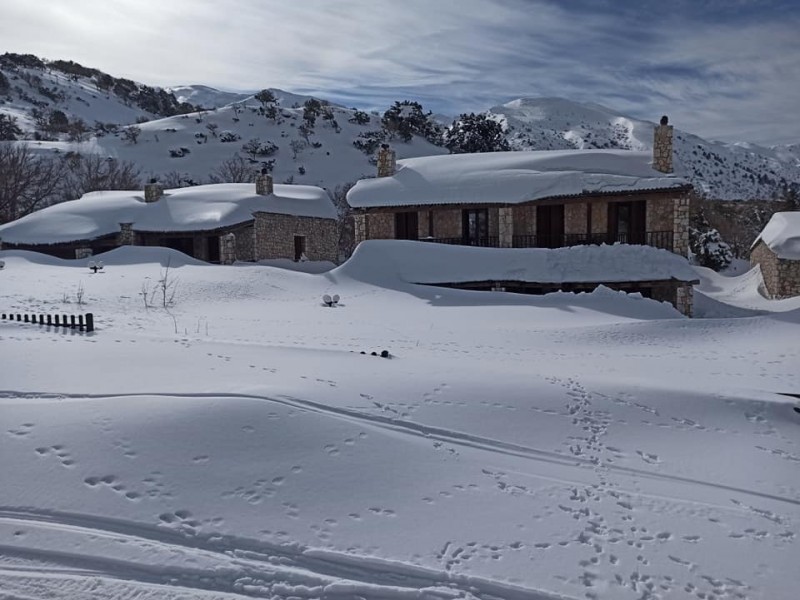 You can see how thick this snow cover is by looking at the graphic below prepared by the flashnews.gr website. Two pictures showing the same place were put together. This is a watchtower where entry tickets to the Samaria Gorge are sold. On the right is a picture of this place with moderate snow cover. On the left, on the other hand, is a photograph of the watchtower taken in recent days. As you can see the building and the beginning of the trail are hidden completely under snow. 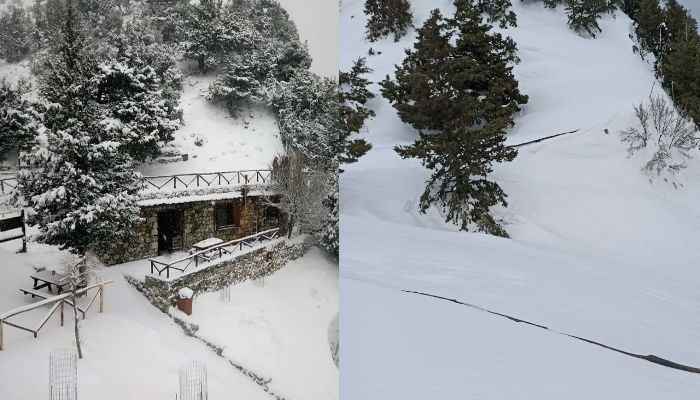 Of course, this spectacular picturesque landscape is tantamount to the enormous amount of work the local authorities have to keep the roads passable. The amount of snow on the roads is so large that heavy track equipment had to enter.

It is worth remembering, however, that these incredibly picturesque landscapes do not apply to the whole of Greece. Based on very accurate satellite images, the local meteorological services have estimated that this year's snow cover is about 40% lower compared to the average recorded over the last 15 years. Snow cover is mainly limited to the high mountain ranges of central as well as northern Greece and some parts of Crete. The above chart published on the website www.neakriti.gr shows that the current snow cover (red line) occupies an area about 40% smaller compared to the average from 2004-2019 (black line). Meteo.gr synoptics also emphasize the fact that this much smaller amount of snow is recorded despite the fact that two turbulent atmospheric fronts of Zenobia and Hephaestus passed through Greece.

The inhabitants of the Lassithi Plateau, a large part of which has been flooded, have to deal with much worse consequences of the passing Hephaestos storm front. The portal www.neakriti.gr has published information that in some places the water depth exceeds even 4m. Yiannis Stefanakis - mayor of the Lassithi Plateau said that some farmers are facing a disaster, as their crops are likely to be completely destroyed.

Water also flooded some of the houses and outbuildings located below. A primary school and a kindergarten located in Agios Georgios were also flooded.

Due to heavy rainfall recently recorded in Crete, some retention reservoirs filled with water. Almost maximum states have been reached, therefore controlled water discharge is carried out in these dams. This action is to allow for maintaining possible reservoir capacity reserves that can be used in crisis situations (e.g. heavy rainfall with a risk of flooding). Controlled discharge takes place, among others, in the Aposelemi dam (shown in the video below), where about 70 thousand are released into the sea every day. cubic meters of water. In order to reduce the amount of water discharged, it was decided to divert some of the surplus in the form of supplies to the water supply network to cities such as Heraklion, Hersonissos or Agios Nikolaos. This solution will probably be maintained until Easter.